Together with Soekarno-Hatta Airport, the two create region's biggest gateway 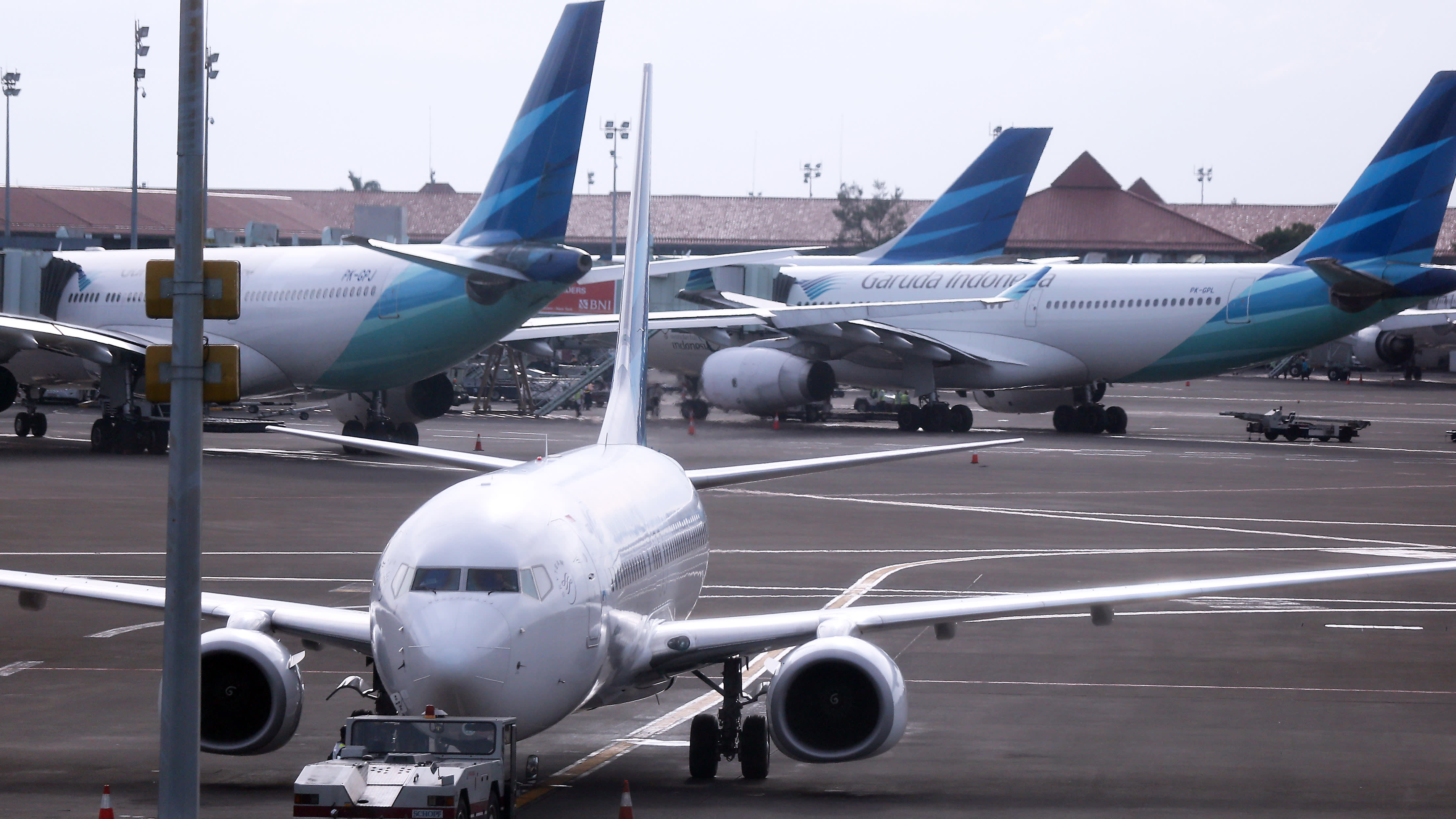 JAKARTA -- The Indonesian government plans to build a new airport outside Jakarta to accommodate a growing number of business travelers and tourists as the country's economy expands.

The project is expected to cost roughly $10 billion. It will also become the largest infrastructure development project under the government of President Joko Widodo since its inauguration in October 2014.

The facility will be built on reclaimed land about 15 km north of the existing Soekarno-Hatta International Airport, according to a draft plan from Indonesia's state-run airport management company. Construction could begin in the next decade through a private-public partnership.

The plan involves establishing a joint venture to run the new airport, which would be 51% owned by Angkasa Pura II, the state-backed operator of Soekarno-Hatta, with private investors owning the remaining 49%. A more detailed financing scheme for the project has yet to be worked out.

The new airport will have two runways, a passenger terminal and a maintenance center for aircraft. A railway and highway are also under consideration to connect with Soekarno-Hatta, although details will be determined later.

This will be the first new airport around Jakarta since Soekarno-Hatta was opened in 1985. The two facilities are expected to have a combined capacity exceeding 100 million passengers per year, surpassing Singapore's Changi Airport, currently the largest airport in Southeast Asia. 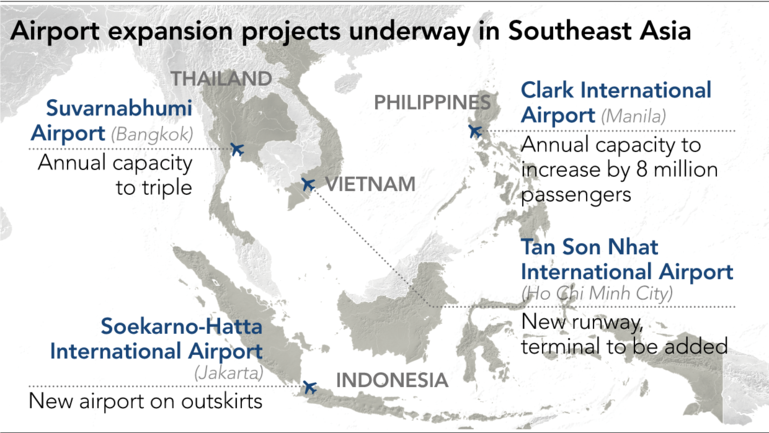 With its gross domestic product projected to enter the world's top 10 in 2030, Indonesia expects to see a rise in business travelers and tourists. In 2035, 242 million people are expected to use airplanes, up 120% from 2015 levels, the International Air Transport Association predicts.

Augmenting the capital's gateway is therefore an urgent task for Widodo, who said last month that Indonesia will bid for the 2032 Summer Olympics as he aims to transform the country into an economic power.

Soekarno-Hatta handled about 63 million passengers in 2017, an 8% increase from the previous year. The airport has not been able to keep up with the rapid rise in travelers despite building a third terminal in 2016, leading to crowding and delays. The government will begin construction on a fourth terminal and new runway as soon as 2020 but is promoting a new airport as a more fundamental solution.

Other cities in Southeast Asia are also planning to boost their airport capacities to cope with a rise in visitors. Thailand will spend about $8 billion to roughly triple capacity at Suvarnabhumi Airport in Bangkok. The facility was expected to accommodate 45 million passengers a year when it opened in 2006 but currently handles 65 million. The Philippines and Vietnam are also hurrying construction to enlarge their airports.

More Southeast Asians are traveling by plane as the region's middle class expands. The Asia-Pacific region is expected to experience 5.5% growth in passenger air traffic in the 20 years through 2037 compared with an estimated world average of 4.4%, according to Airbus.

A rise in travelers in Southeast Asia is also having ripple effects on airports outside the region. Japan's Narita Airport, a major transit point between Southeast Asia and North America, is considering adding a third runway.