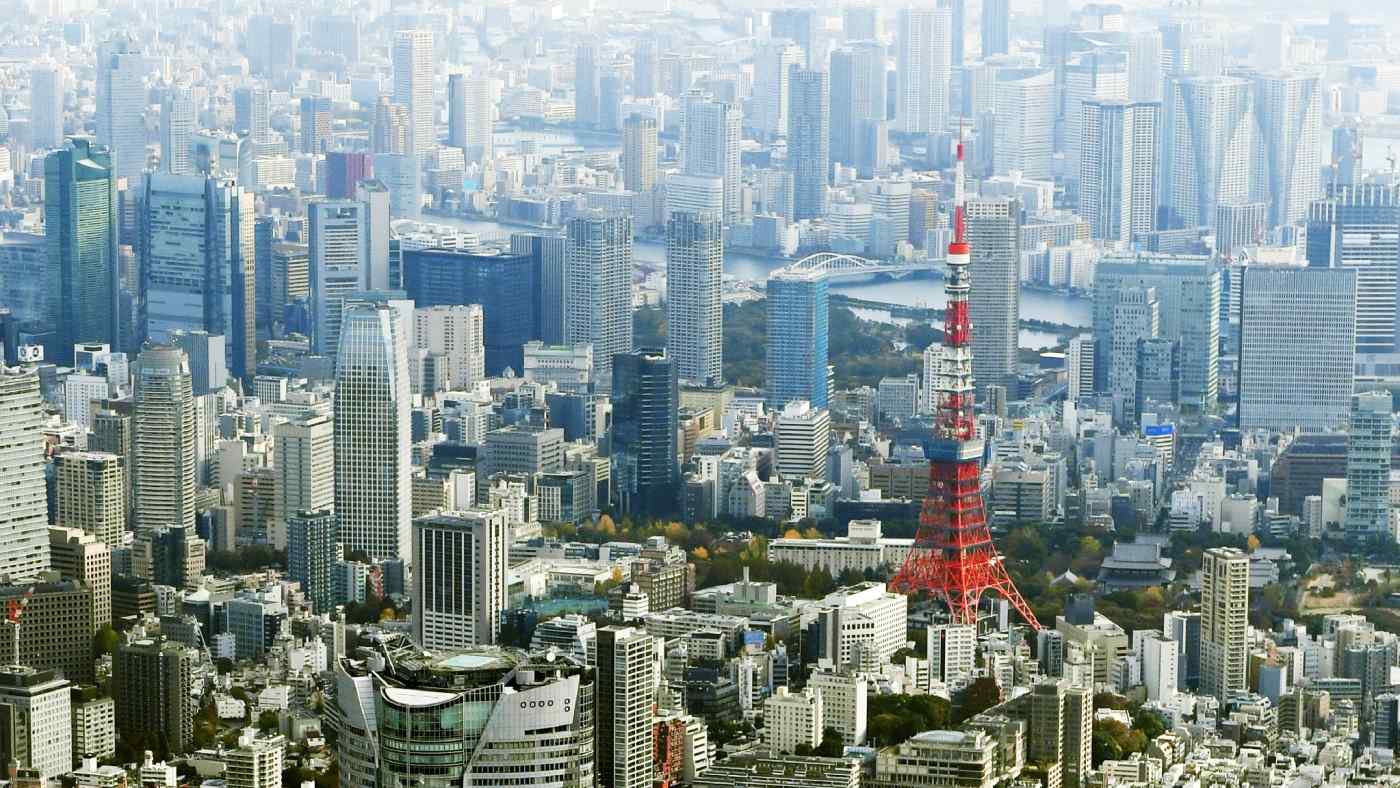 A view of Tokyo's skyline. Capital spending by Japanese companies fell 11.3% in the April-June quarter from a year earlier amid an uncertain economic outlook.
September 1, 2020 09:50 JSTUpdated on September 1, 2020 12:18 JST | Japan
CopyCopied

TOKYO (Kyodo) -- Capital spending by Japanese companies fell 11.3 percent in the April-June quarter from a year earlier, the largest drop in a decade, as the coronavirus pandemic clouded the business outlook, government data showed Tuesday.

Investment by all nonfinancial sectors for purposes such as building factories and adding equipment totaled 9.64 trillion yen ($91 billion), according to the Finance Ministry.

The 11.3 percent fall was the sharpest on a year-on-year basis since the January-March period of 2010, when the figure plunged 11.5 percent in the aftermath of the global financial crisis.

Seasonally adjusted capital expenditure by all nonfinancial sectors, including spending on software, dropped 6.3 percent from the first quarter of 2020, when it grew 1.9 percent. The decline was also the steepest since a 7.9 percent decrease was logged in January-March of 2009, the ministry said.

A ministry official told reporters that demand for various goods and services decreased due to the pandemic, which resulted in "suppressing new investments."

Taking into account the latest capital spending figures, the Cabinet Office is scheduled to release revised gross domestic product data for the April-June period on Sept. 8.

Under a month-long nationwide state of emergency from mid-April, imposed to prevent the further spread of the virus, local authorities asked residents to stay at home and nonessential businesses to suspend operations, delivering a heavy blow to the world's third-largest economy.

Pretax profits at companies covered in the ministry's survey declined 46.6 percent to 12.41 trillion yen, down for the fifth straight quarter.

Due to the sluggish demand for cars, transportation and other services, profits posted the biggest drop since the April-June quarter of 2009 when they saw a 53.0 percent sink.

Sales stood at 284.68 trillion yen, also marking the largest decline of 17.7 percent since they fell 20.4 percent in January-March of 2009. Pulled down by the poor performance of automakers, wholesalers and retailers, the figure was down for the fourth consecutive quarter in the reporting period.

"We believe that the outcome reflects the extremely severe economic condition due to the repercussions of the virus," the official said.

Before seasonal adjustment, capital spending by manufacturers slipped 9.7 percent in 2020's second quarter from a year ago to 3.26 trillion yen, falling for the third consecutive quarter, with chemicals and metal product makers leading the decline.

In the nonmanufacturing sector, investment plummeted 12.1 percent to 6.37 trillion yen, following a 2.9 percent rise in the previous quarter. Hit hard by the state emergency, service providers including restaurants, hotels and entertainment facilities were the main reason for the fall.