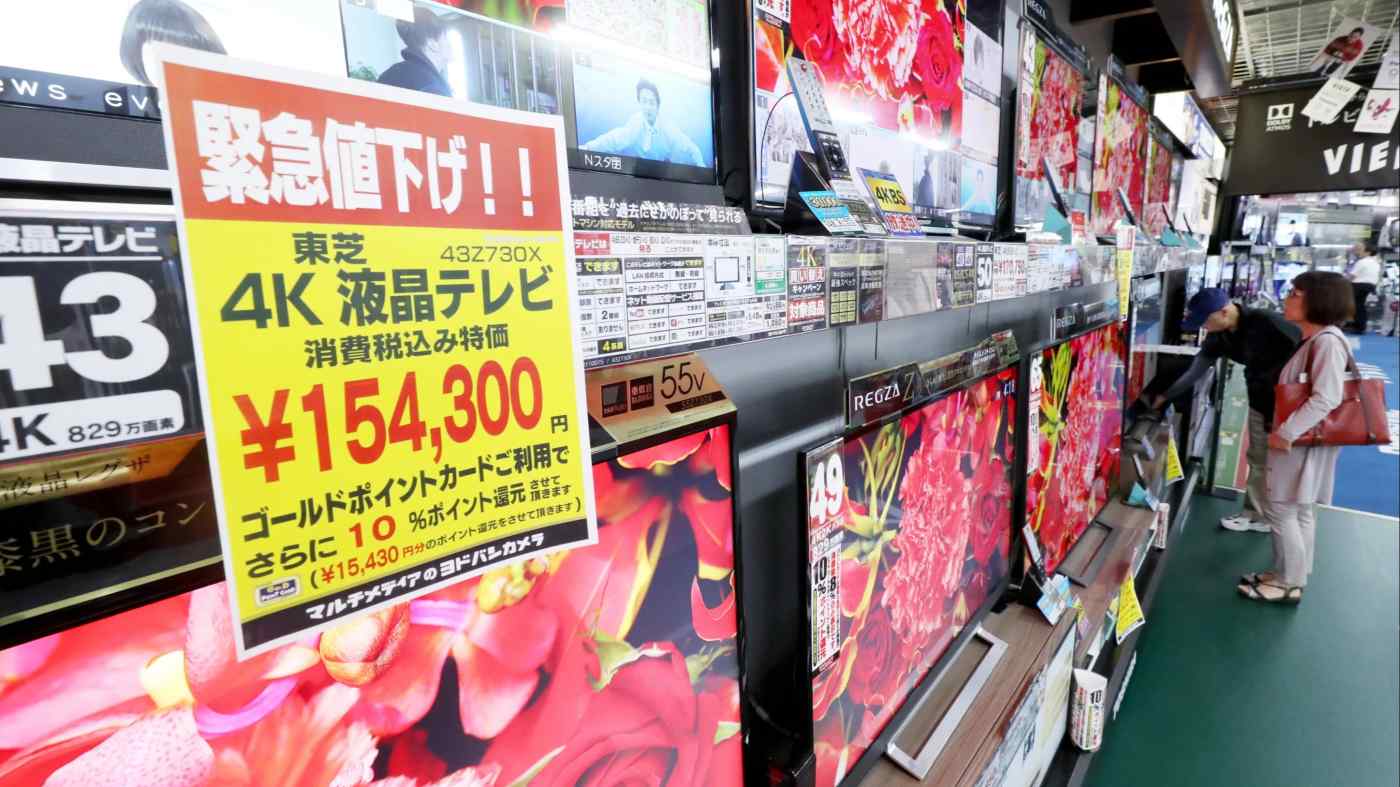 The data will keep the Bank of Japan, which left monetary policy steady on Thursday, under pressure to ramp up an already massive stimulus programme to fend off risks that could delay it from achieving its price goal.

The nationwide core consumer price index (CPI), which includes oil products but excludes fresh food prices, rose 0.5% in August from a year earlier, matching a median market forecast and slowing from a 0.6% gain in July. It was the slowest pace of increase since July 2017, when the index rose 0.5%.

"If the yen rises and threatens to affect the price momentum, the BOJ will loosen monetary policy next month," he said.

While one-off factors such as falling energy costs and cuts in cellphone charges were largely behind the slowdown, inflation was also getting little support from domestic demand.

An index stripping away the effects of fresh food and energy costs, which is closely watched by the BOJ as a good indicator of price trends backed by the strength of the economy, was up 0.6% in August from a year earlier, unchanged from the previous month's increase.

The data will be among factors the BOJ will scrutinise at its next rate-setting meeting on Oct. 30-31, when it also conducts a quarterly review of its growth and price forecasts.

While keeping policy steady, the BOJ signalled on Thursday its readiness to expand stimulus as early as next month by issuing a strong warning of overseas risks that threaten the economy.

Slowing global demand and the broadening fallout from the more than year-long U.S.-China trade war have hurt exports and business sentiment, clouding the outlook for Japan's economy.

Consumer inflation will come under pressure from childcare subsidies the government will introduce in October, though that could be more than countered by the impact from the tax hike and the surge in global oil prices after attacks on Saudi Arabian oil facilities last weekend.

"Nevertheless, the sales tax hike will also cause domestic demand to slow and price pressures will weaken as a result," said Marcel Thieliant, senior Japan economist at Capital Economics, adding that inflation will fall to 0% in 2020.

Years of heavy money printing have failed to prop up prices and change public perceptions that inflation will be subdued, dashing the hopes of BOJ policymakers that aggressive monetary easing will lift Japan sustainably out of deflation.

With interest rates already at zero and companies hoarding cash instead of spending, many analysts doubt whether additional monetary easing would do much to lift inflation.

Under its current forecasts made in July, the BOJ expects core consumer inflation to hit 1.0% in the current fiscal year ending in March 2020 and fall short of its 2% target for the following two years.