Japan, EU to work toward early ratification of FTA 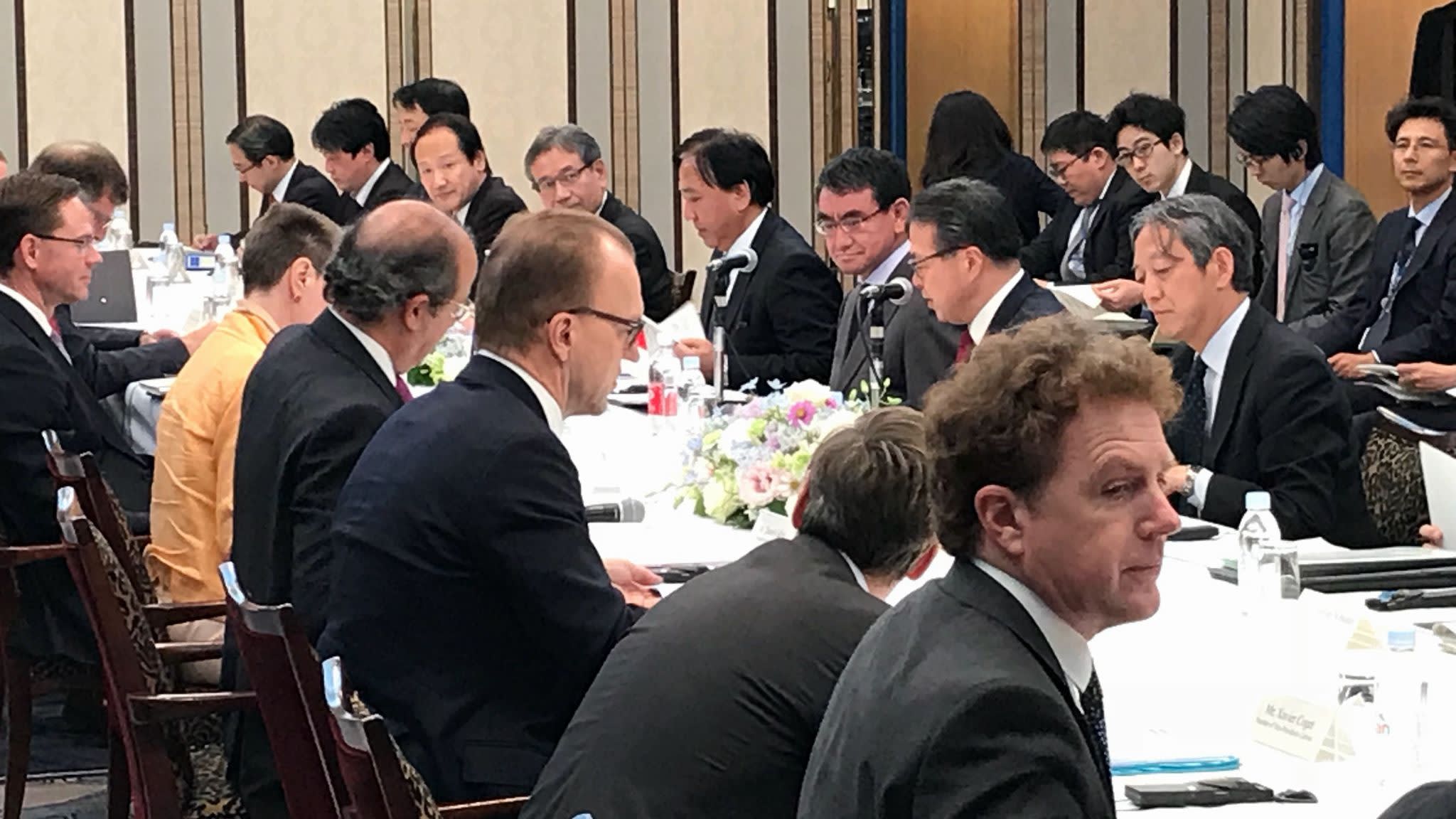 TOKYO (Kyodo) -- Japan and the European Union agreed Monday to complete respective domestic procedures before year-end to ratify a free trade agreement by March as planned, at a time when both sides are facing tough trade talks with the administration of U.S. President Donald Trump pushing his "America First" policy agenda.

At the inaugural meeting of a high-level dialogue on trade, investment and energy, both parties also agreed to cooperate on infrastructure building in third countries.

"We agreed to make efforts to end domestic processes before the year ends so both parties can feel the benefits as soon as possible," the minister said alongside industry minister Hiroshige Seko, who also represented Japan.

The inaugural meeting in Tokyo signaled a joint push by Japan and the European Union to counter protectionism as trade tension spikes between the United States and China, the world's two largest economies.

The two sides agreed to launch the high-level dialogue at their summit in Tokyo in July, during which they also signed a free trade accord following five years of negotiations.

The trade pact will eliminate tariffs on most products. Japan and the European Union together account for about a third of the world economy.

"This is just a beginning for closer, very tangible, concrete cooperation between Japan and the European Union," Jyrki Katainen, vice president of the European Commission in charge of jobs, growth and investment, told the press conference.

Katainen said the current challenge to multilateralism was the biggest in years, adding both parties shared the importance of "rules-based, free trade."

Japan and the European Union share a common challenge in negotiating with the United States over trade, amid Trump's threat of auto tariffs.

During the meeting, they also discussed the digital economy, investment and green energy.

Japan and the European Union hope to boost infrastructure investment in third countries at a time when China, with its economic clout, is expanding its influence in Africa and other regions.

The European Investment Bank signed a memorandum of understanding to deepen cooperation with the Japan Bank for International Cooperation, and Nippon Export and Investment Insurance, respectively.

The government of Japanese Prime Minister Shinzo Abe has been promoting a "free and open" Indo-Pacific strategy that calls for the development of high-quality, sustainable infrastructure and a rules-based order.

The European Union is seeking to strengthen links with Asia through infrastructure development, trade and people-to-people exchanges.