Japan GDP figures show growth engines are on the blink

Personal consumption and external demand are both sluggish 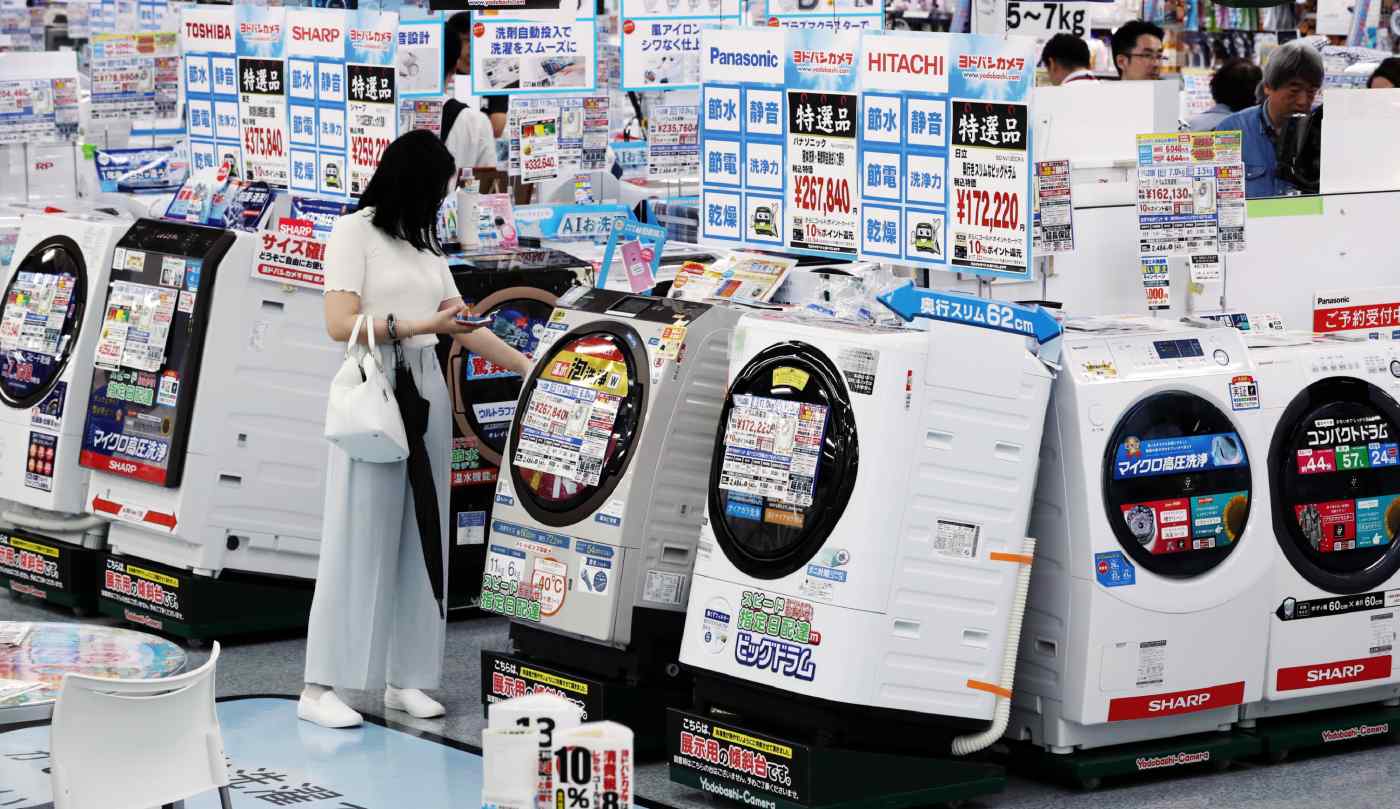 TOKYO -- Japan eked out annualized economic growth of 0.2% for the July-September period, achieving a fourth straight quarterly expansion but clearly suffering from sluggish demand at home and abroad.

The slowing global economy is taking a toll, with external demand stuck in negative territory. On the domestic front, personal spending lacks vigor aside from a spike just ahead of the consumption tax increase in October. This leaves the economy without a growth engine.

"Japan's exports remain weak," Yasutoshi Nishimura, minister for economic and fiscal policy, told reporters on Thursday after releasing the gross domestic product figures. Exports fell 0.7% from the previous quarter, while the contribution of external demand -- exports minus imports -- was down for the second quarter in a row.

The International Monetary Fund has been lowering its global growth forecasts due to uncertainties stemming from the U.S.-China trade war. According to its latest outlook, the IMF expects the world economy to expand only 3.0% in 2019, the weakest performance since 2009, right after the global financial crisis.

Japan has been largely relying on domestic demand, which has been positive for four straight terms through July-September. Personal consumption -- which makes up more than half of the country's GDP -- grew an annualized 1.4% in the latest period.

But by item, sales of cosmetics, TVs and watches increased significantly, presumably because shoppers were making last-minute purchases before the consumption tax rose from 8% to 10%.

A Cabinet Office official said it is difficult to tell the difference between normal consumption and last-minute spending. Still, there is no doubt the tax hike pushed up the July-September numbers to a certain degree.

Overall, economic growth slowed from the April-June quarter, when GDP expanded an annualized 2.4%. This was fueled partly by a 10-day holiday period to celebrate the accession of Emperor Naruhito.

"The tone of personal consumption itself is weak," observed Taro Saito, executive research fellow at the NLI Research Institute. Troubling signs include a 24.9% decline in new car sales in October. As auto sales did not jump that much before the tax increase, this cannot be explained away as a mere correction.

Nishimura stressed that the fundamentals supporting consumption are firm, including healthy employment. Nevertheless, Japan's prospects appear to be dimming.