Japan GDP on track to rebound just 0.5% in January-March 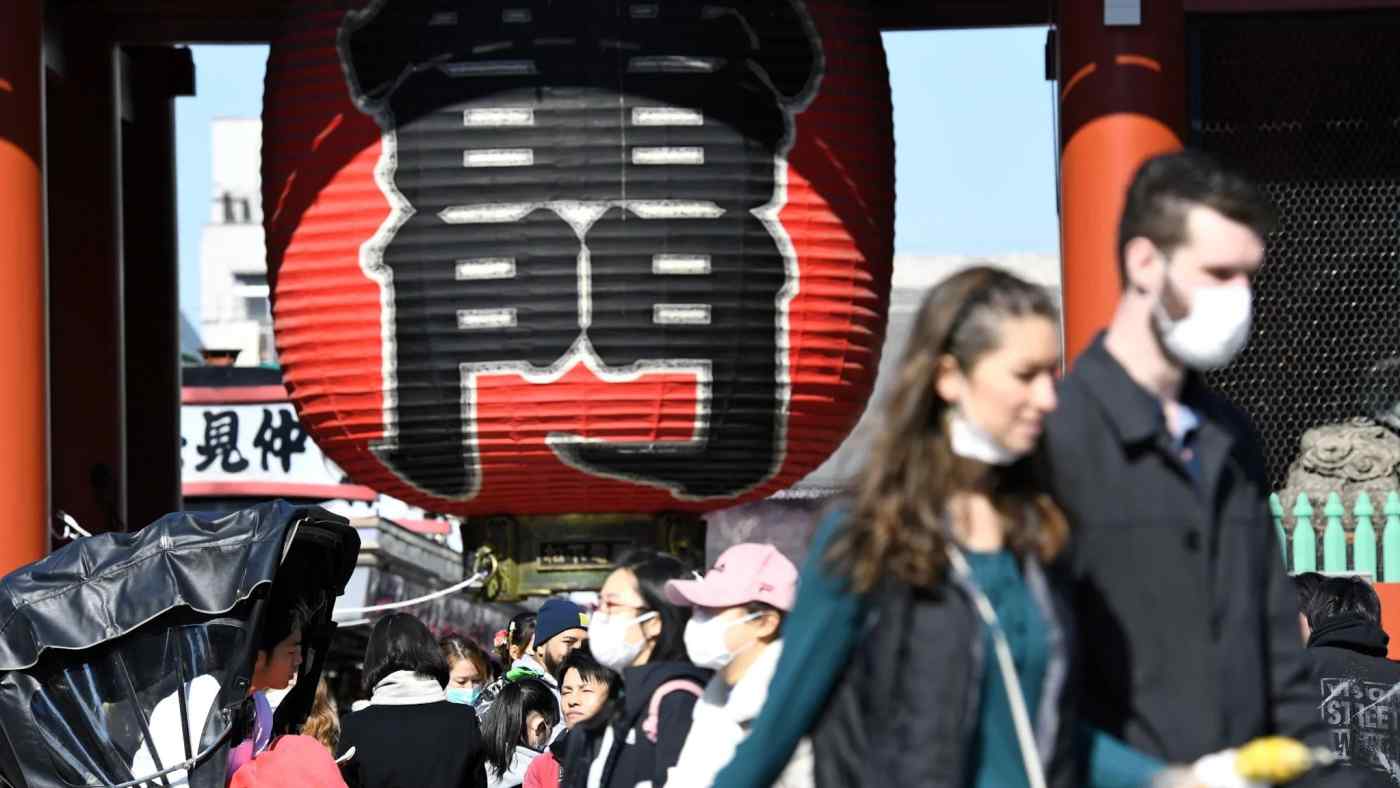 January-March real gross domestic product will grow at an annualized rate of only 0.5% from the previous quarter, based on the average forecast of 11 private-sector economists surveyed by Nikkei.

This would follow the October-December quarter's 6.3% contraction in government estimates out Monday -- the sharpest in more than five years. Some economists see the risk of a second straight quarter of negative growth in January to March, a streak that would constitute a technical recession.

"Due to factors such as worsening domestic demand in China, Japan's exports and manufacturing activity will sustain a heavy blow," said Yoshiki Shinke, chief economist at the Dai-ichi Life Research Institute.

The virus appears to be slowing the global economy -- especially in epicenter China, which for Japan is a key trading partner on a par with the U.S.

China is also a main source of tourists. Hokkaido's Sapporo Snow Festival, which closed Feb. 11, welcomed 710,000 fewer visitors than a year earlier. The total of 2.02 million marked the lowest level of traffic in the past decade. Visitors from China plunged, owing to its recent ban on overseas group travel. In addition, elementary schools in the city of Sapporo canceled field trips. 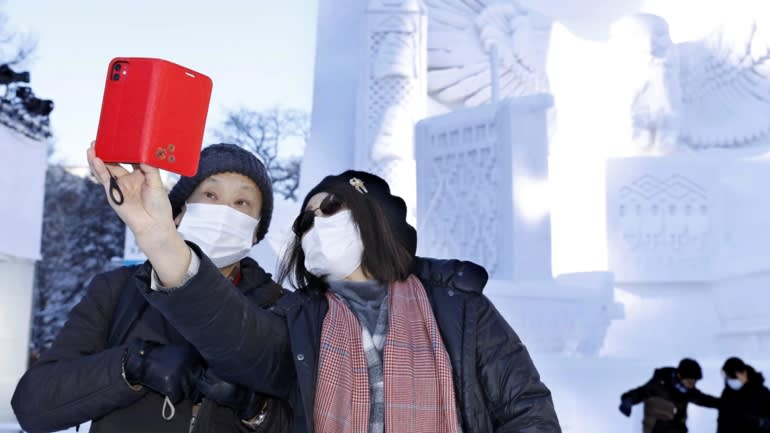 Attendance at Japan's Sapporo Winter Festival plunged by over 700,000 owing to the coronavirus outbreak.   © Kyodo

Japan's retail sector counts on the Lunar New Year holiday as a major shopping season. But its hopes were dashed after Chinese authorities imposed the travel ban Jan. 27.

Outbound tourism is languishing as well. Leading Japanese travel agency JTB reports a decrease in overseas tours scheduled until around April compared with normal years. This includes not only China, but also other destinations.

Because of the rise in coronavirus patients in Japan, bookings for domestic trips have also started to soften compared with other years, according to JTB.

Tokyo hotel operator Fujita Kanko reports reduced bookings from Chinese travelers. If the status quo holds through April, it would squeeze sales by 1.2 billion yen ($10.9 million) for the full year through December, the company warned.

These developments threaten consumer spending, which contributes over half of GDP. Real private consumption shrank 2.9% on the quarter in the October-December period, after the consumption tax was raised to 10% from 8%. Consumption grew 0.5% in the July-September quarter, thanks to last-minute purchasing.

"Despite the cashless payment points and other stimulus measures, consumption has fallen off," said Taro Saito, executive research fellow at the NLI Research Institute.

The Bank of Japan will likely face pressure to expand its easy-money policy to counter a slowing economy. But some BOJ policymakers believe that the supply crunch brought on by the coronavirus, as well as the erosion in consumer confidence, cannot be resolved by monetary easing.

Additional easing would also have to overcome critics who already say the current ultraloose policy has had major side effects on the financial system.

The Japanese government signed off on a 26 trillion yen stimulus package late last year. The measures were put together in response to a string of natural disasters, as well as to buffer the economy against the trade war and the close of the upcoming Tokyo Olympics. The coronavirus may put pressure on lawmakers to increase spending.