Driven by exports, economy grows in July-September for first time in 4 quarters 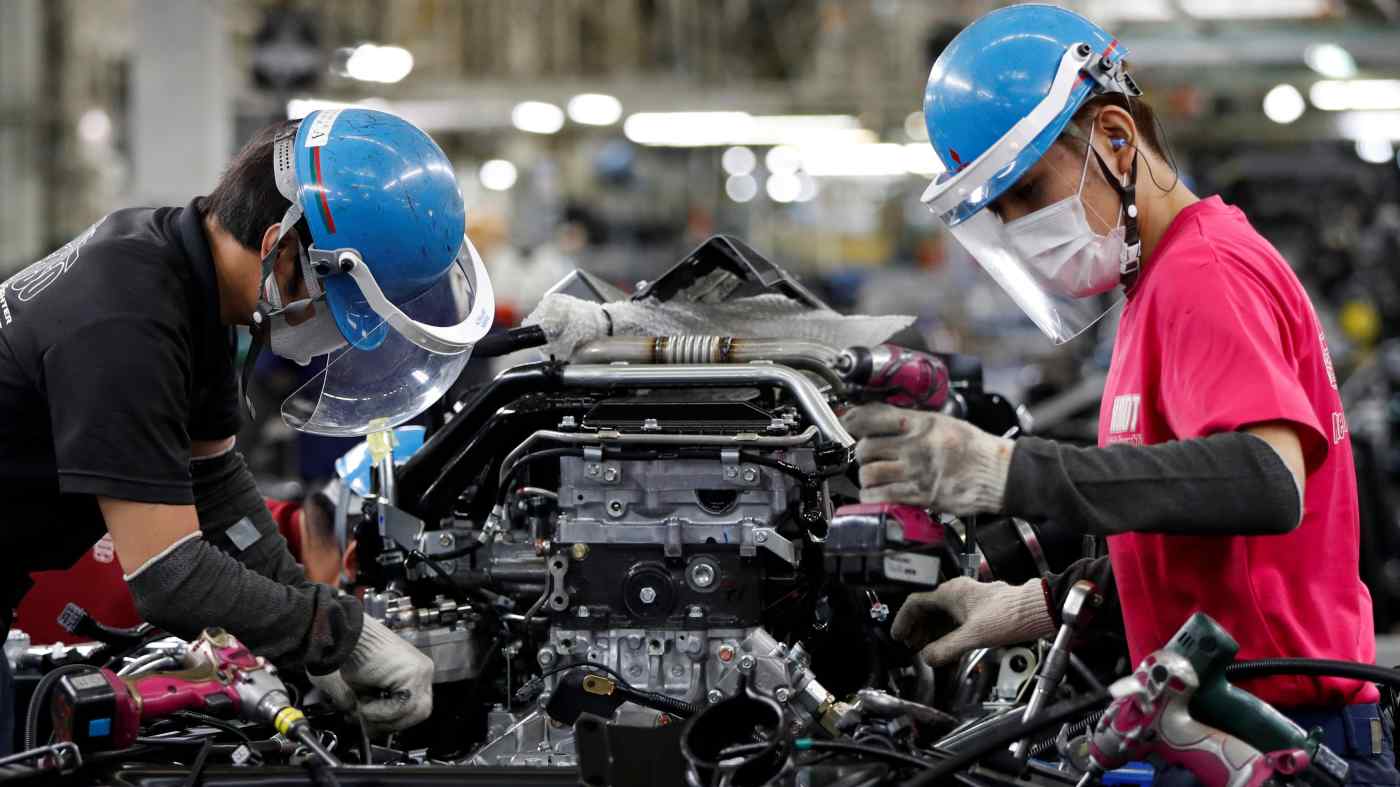 But the growth came short of making up for the contraction registered in the previous April-June quarter, when the economy came under a state of emergency as the government tried to contain the spread of the virus.

The nation's gross domestic product, the broadest measure of economic activity, grew 5.0% in the third quarter from the preceding three-month period. It expanded at an annualized pace of 21.4%.

The results exceeded expectations. Economists had expected a quarterly increase of 4.2% and an annualized 18% jump, according to a survey by Nikkei affiliate QUICK.

The rebound marks the fastest pace of growth since the fourth quarter of 1968. The April-June figure, meanwhile, was revised down to minus 8.2% from minus 7.9%.

Japan's equity index, the Nikkei Stock Average, at one point jumped over 500 points, or 2%, and reached its highest level since June 1991. The broader Topix index also climbed 1.8%.

Investors rushed to buy cyclical stocks, hopeful of a economic rebound from the pandemic. Shares in airlines ANA Holdings and Japan Airlines climbed over 4%.

The July-September performance was led by growth in exports, such as autos to the U.S. and semiconductors to China. Demand for semiconductors has been helped by a shift to work-from-home and the need for cloud-computing services.

A government cash handout program of nearly $1,000 for each resident, also boosted spending on big-ticket items such as air conditioners. "Consumers turned to shopping as the coronavirus prevented them from going on trips," said Saisuke Sakai, senior economist at Mizuho Research Institute. Toward the end of the quarter, the government's campaign to subsidize domestic travel also boosted services consumption.

Other major economies also bounced back in the July-September quarter. The U.S., for instance, saw GDP increase 7.4% after a contraction of 9.0% in the April-June period.

But a resurgence of coronavirus infections in the U.S., Europe and Japan is casting pall over the outlook for further recovery. With Europe under another lockdown, economists predict a slowdown in Japan's exports in the October-December quarter.

The slow pace of recovery means that Prime Minister Yoshihide Suga, who took over from Shinzo Abe as the nation's leader on Sept. 16, has his work cut out for him. The economy has recovered only about 56% of what was lost in April-June and just 43% for the past three quarters.

"The fundamental problem for Japan is weak private consumption," said Taro Saito, chief of economic research at NLI Research Institute. That in turn reflects sluggish growth in income for Japanese workers, he said.

The government has struggled to strike a balance between stimulating growth and keeping the coronavirus under control. The recovery was weighed down by a renewed spike in the virus in July and August. The nation is now experiencing what is being described as a third wave of rising infections since the beginning of this month.

Compared to other countries, such as China or in Europe, restrictions imposed by Japan on economic activity have been limited, with no curfews, fines or digital surveillance. But Japanese consumers appear to be cautious and are refraining from going out, resulting in weaker consumption, said Mizuho's Sakai.

Private consumption had been a weak spot in Japan's economy in recent years, a problem compounded by a consumption tax increase on Oct. 1, 2019. The coronavirus outbreak early this year then wiped out much of the growth that had been achieved under Abenomics, Abe's signature economic program that lasted nearly eight years.

Suga is now focused on modernizing the economy, including digitization of government and business services and greater consolidation of industries.

The International Monetary Fund predicts that Japan's economy will contract 5.3% this year and rebound to grow by just 2.3% in 2021.

Much depends on how quickly the current increase in coronavirus infections will be contained in Japan. Sakai predicts growth will remain sluggish.