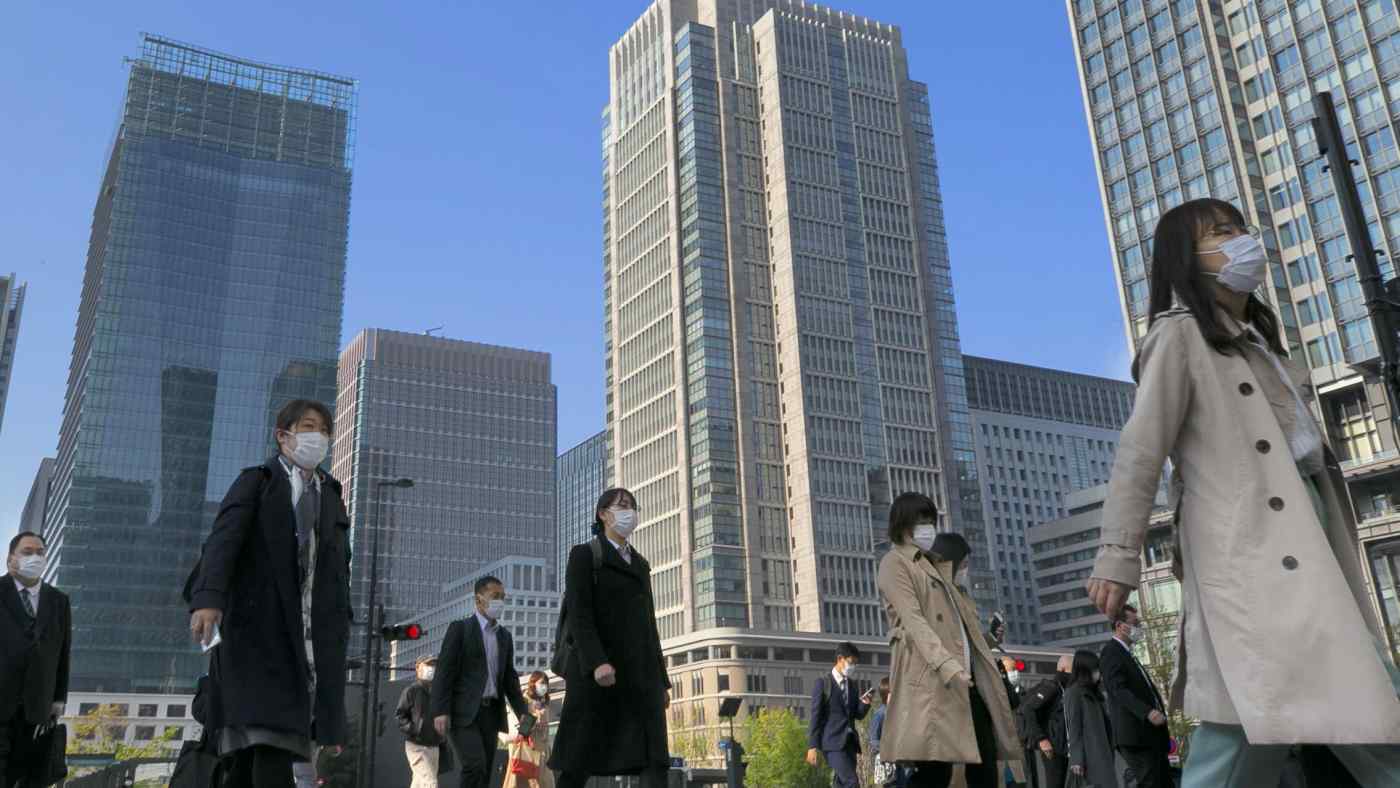 TOKYO -- Japan's economy is expected to contract by an annualized 21.7% during the April-June quarter, its worst showing since the end of World War II, as the coronavirus crisis sends business and consumer activity into an unprecedented stall, a Nikkei survey shows

The forecast for real gross domestic product, an average of projections from 16 private-sector economists, shows Japan faring worse than during the global financial crisis of 2008-09, when GDP sank 17.8% in the worst quarter.

Asia's second-largest economy would endure its first nine-month run of contraction since October 2010 through June 2011, a period marked by the earthquake and tsunami of March 2011.

The largest contributor to the projected second-quarter decline is an anticipated 6.9% drop in consumer spending, which accounts for more than half of GDP. Consumer confidence slumped to its lowest level on record this month.

With authorities urging people to stay home and stores shutting down, "nonessential consumption will shrink 50% to 90% in the April-June quarter," said Shinichi Nishioka, chief forecaster at the Japan Center for Economic Research. Capital investment, another pillar of domestic demand, is projected to sink 5.7%.

"Uncertainty about the future and worries about cash flow are working to inhibit capital spending," said Yoshimasa Maruyama of SMBC Nikko Securities.

The outlook for overseas demand is similarly dim. The U.S. Congressional Budget Office sees real GDP shrinking 40% on an annualized basis this quarter. Though Chinese economic activity has resumed after a virtual halt during the first months of the outbreak, the country lacks the strength to drive the global economy as it did after the 2008 crisis.

The forecasts put growth for January-March 2020 at minus 5.2%. The government releases preliminary first-quarter GDP data May 18.

Japan's GDP shrank 7.1% in the October-December quarter after the country's consumption tax rate rose to 10% from 8%.

The economy "had been recovering from the post-tax-hike slump, but that was completely cut short," said Taro Saito of the NLI Research Institute.

The International Monetary Fund projects a global recovery in the latter half of 2020, and the economists surveyed by Nikkei on average forecast a 9.9% expansion for Japan in the July-September quarter. But some observers say economic activity will pick up only gradually, pointing to risks like another wave of infections.

"The tempo of the recovery will remain slow for a while," said Takeshi Minami of the Norinchukin Research Institute.

The forecasts account for the Japanese government's plans to extend the national state of emergency by a month or so beyond the current end date of May 6.