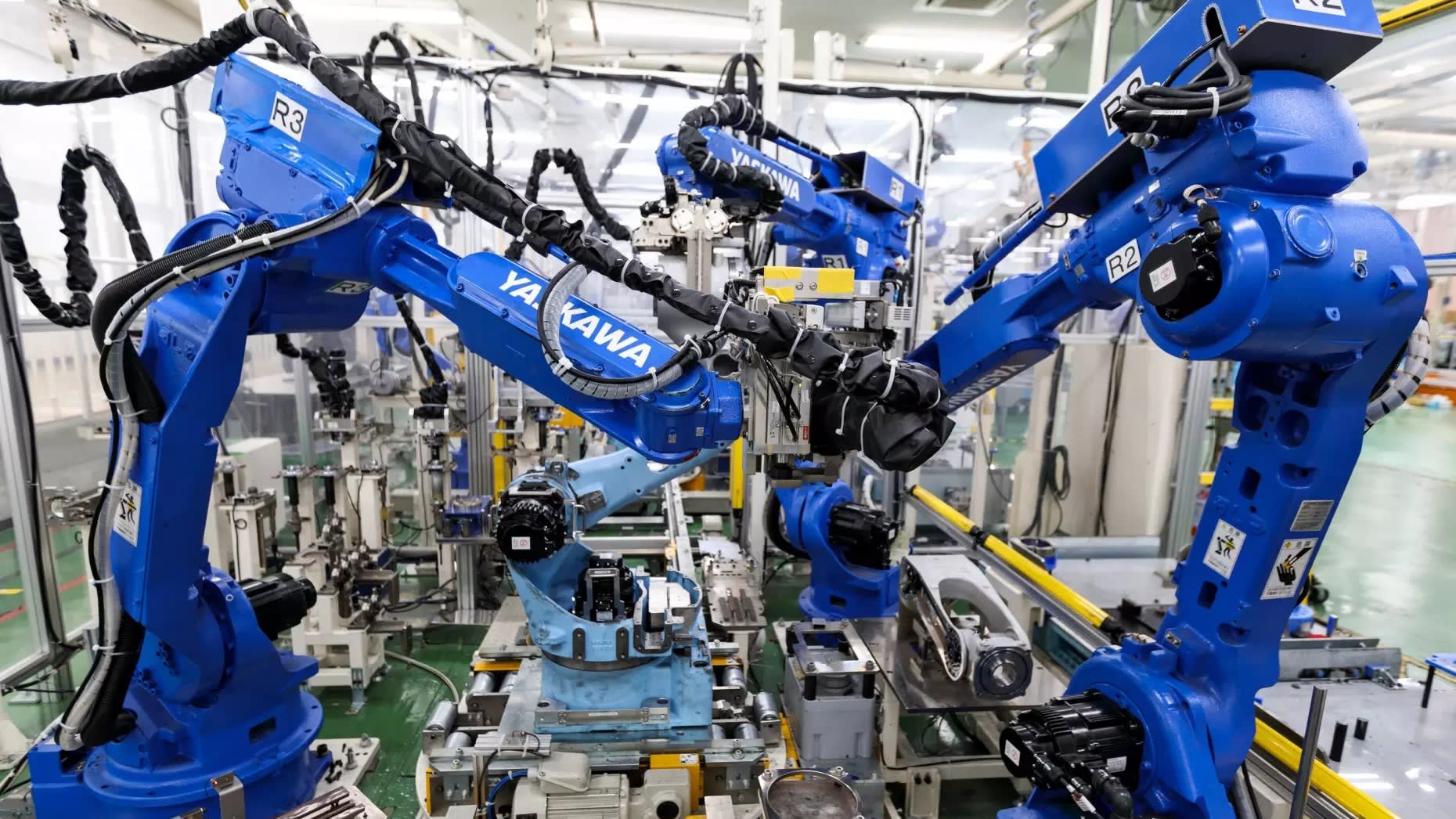 TOKYO (Reuters) -- Japanese firms boosted capital spending in the September quarter, as retailers and wholesalers raised investment ahead of a long-awaited sales tax hike in October and factories maintained their automation push.

Official data on Monday showed capital spending rose 7.1% in the third quarter from the same period a year earlier, extending gains in business spending for a 12th consecutive month and outpacing the previous quarter's 1.9% increase.

Business investment has been a rare bright spot for the world's third-largest economy, as companies move to automate their production, however, there are concerns momentum could slow significantly in the current quarter.

Analysts worry merchants' rush to invest in new electronic payment systems in the quarter to take advantage of government rebates for cashless transactions could fall off in the current quarter.

"That will lead to a pullback, which will put downward pressure on capital expenditure in October-December," said Hiroshi Miyazaki, senior economist at Mitsubishi UFJ Morgan Stanley Securities.

There is also a risk the U.S.-China tariff dispute will more deeply affect manufacturing spending.

"There is a good possibility that business spending will be negative" in the fourth quarter, and pull economic growth into negative territory, Miyazaki added.

Japan introduced a twice-delayed sales tax hike on Oct. 1, raising the levy to 10% from 8%, to fix the industrial world's heaviest public debt burden at more than twice the size of the economy.

To ease the pain on consumers, it rolled out measures such as premium shopping vouchers, different tax rates and discounts for cashless payments.

On a seasonally adjusted basis, capital expenditure slipped 0.8% from the previous quarter. Corporate profits and sales fell on year as firms felt the pain from a prolonged Sino-U.S. trade war and slowing growth of China's economy.

The data will be used to calculate revised third-quarter gross domestic product figures due on Dec. 9.

A preliminary reading out last month showed the world's third-largest economy ran to a near halt during July to September with growth at its weakest in a year as the China-U.S. trade conflict and soft global demand lowered exports.

A string of gloomy data since then has fuelled speculation the government may put together a large-scale economic stimulus package with fiscal spending exceeding $92 billion to keep the economy's fragile recovery intact.

Retail sales tumbled at their fastest pace in more than 4-1/2 years in October, while factory output posted its biggest fall since early 2018, exposing widening cracks in an economy that faces weakening foreign and domestic demand.

Capital expenditure, however, has been upbeat as companies replace old equipment and ramp up automation investment to offset a labour market that remains close to its tightest in 45 years as the country's population ages.

"The bright news is that capital spending in the manufacturing industry was holding up in the July-September quarter," said Shigeto Nagai, head of Japan economics at Oxford Economics.

"In August, sentiment was not so good because of worries over an acceleration of U.S.-China trade tensions," he said. "Markets were also in rough weather."

Manufacturers' business spending jumped 6.4% from a year earlier, Monday's survey, conducted among firms with at least 10 million yen ($92,000) in capital, showed, rebounding after a 6.9% drop in the previous quarter.

Spending by non-manufacturers advanced 7.6%, outpacing the second quarter's 7% rise and helped by a 17.1% gain in investment by the wholesale and retail trade sector, its largest since the fourth quarter of 2011.

Corporate recurring profit dropped 5.3% during the July to September period from a year earlier, falling for the third time in four quarters. Retained profits rose by 4% to the highest on record, while firms cut back spending on wages including bonuses by 1.5% and slashed the number of workers by 1.8%.

Sales lost 2.6%, down for the first time in three years as businesses struggled with weakening demand, and slowing from the previous period's 0.4% gain.