But spending thrives for decarbonization, medicine and digitization: Nikkei poll 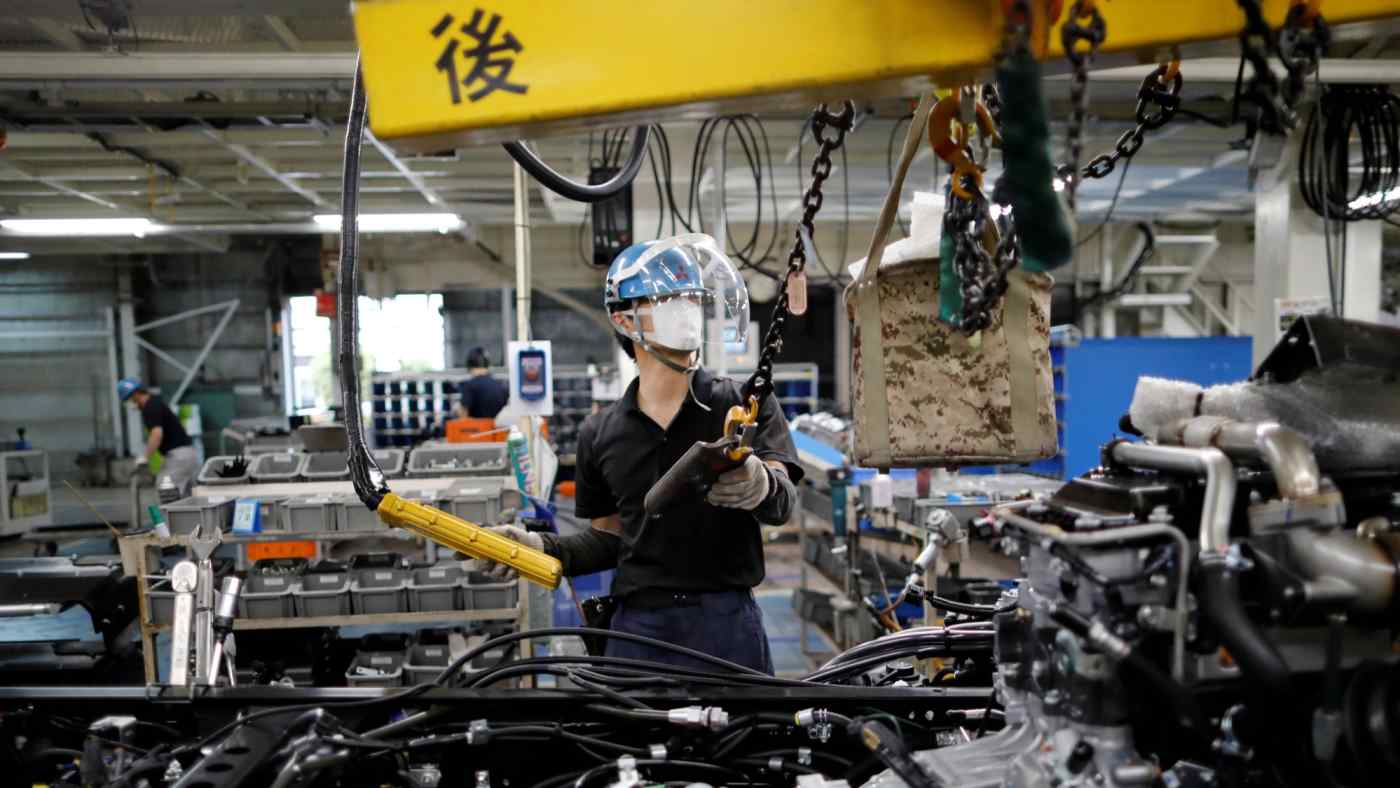 TOKYO -- Japanese companies are cutting capital investment by 2.9% from initial plans for the fiscal year ending March 31, a Nikkei survey shows, as the coronavirus drives the largest drop since such data was first collected in the 1990s.

Yet some businesses are defying the trend as they continue to make long-term investments in decarbonization, medicine and digitization.

The revised investment plans total 24 trillion yen ($232 billion), the survey of 958 major listed corporations found at the end of November. This represents a decline of 3.5% from the previous year, the largest annual decrease in four years.

Manufacturers cut their plans by 3.8%, while nonmanufacturing sectors sliced spending by 1.7%. Of all 32 industries surveyed, 24 had cuts. The chemical, air transport and rubber sectors saw particularly big reductions.

But 133 surveyed companies increased their investment plans despite the pandemic. TDK is boosting spending 11.1% to 200 billion yen as the electronic components producer rides the wave of decarbonization.

"We are investing in the development and production of products such as batteries for electric motorcycles and homes," President Shigenao Ishiguro said.

Pharmaceuticals maker Shionogi will invest 19.5 billion yen, up 80% from initial plans. The increase goes into a factory in Gifu Prefecture for a coronavirus vaccine under development.

"Even if you come up with a good vaccine, it is meaningless unless you can make the amounts needed," President Isao Teshirogi said.

Japan's declining population makes overseas markets that much more important. Seven & i Holdings will increase foreign investment by 20% from initial plans to 160.6 billion yen and expand new convenience store openings in the U.S.

After the global financial crisis in 2008, Japanese companies were slow to ratchet up investment, allowing Chinese, South Korean and Taiwanese counterparts to grab market share in electronics with aggressive investments.

"If we do not continue forward-looking investment in growth areas such as digitalization, we will lose out," said Michinori Naruse, an economist at Japan Research Institute.

Industries such as automobiles are beginning to upgrade profit outlooks for fiscal 2020, seeing demand recover. But the auto industry is besieged by a shortage in semiconductors, forcing production to be cut. Because the auto industry holds large sway over the broader economy, capital investment plans for next fiscal year could be impacted.