TOKYO -- Japan's government and business community are displaying growing enthusiasm for taking actions in line with the U.N. agenda for green growth.

The world body's sustainable development goals, designed to promote prosperity while protecting the planet, are providing an incentive for both public- and private-sector players in Japan to launch new initiatives to support more eco-friendly economic development.

The Environment Ministry is working to incorporate the goals into its policy reports and plans, while a growing number of companies are aligning their business and product strategies to the agenda.

The SDGs were adopted by the United Nations in 2015 as development policy goals for countries to achieve by 2030.

All the 193 member countries have agreed to pursue the 17 goals, which include stemming climate change, developing clean energy, promoting economic growth and eliminating poverty. They are intended as the successor to the millennium development goals, global targets for poverty reduction efforts until 2015.

Unlike the MDGs, which focused on economic growth of developing countries, the SDGs also involve dealing with policy challenges facing rich industrial nations, such as environmental problems.

One major factor that contributed to the agreement on the new U.N. goals is growing trepidation among countries about the health of the planet, as symbolized by dire warnings about the consequences of global warming issued by the Intergovernmental Panel on Climate Change, according to Norichika Kanie, professor at Keio University.

The agenda reflects a global sense of urgency about the need for a major policy shift from economic growth as the top priority.

The new targets include numerical goals like halving waste of food. But they are not legally binding, and no penalties are imposed for failing to achieve them.

The U.N., however, will publish scorecards for countries' efforts to strike the targets based on data provided by statistical authorities.

Underperforming countries are likely to face criticism from experts, nongovernmental organizations and other nations.

As the SDGs are more oriented toward environmental protection, the Environment Ministry is keen to integrate the goals into its own policy agenda. 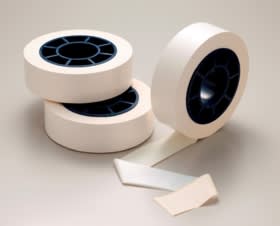 Sumitomo Chemical has certified its separator for lithium-ion batteries as a product contributing to efforts to achieve Nos. 7 and 13 of the U.N. SDGs.

The entire first chapter of the environment white paper for 2017, published by the ministry in June, was devoted to the SDGs.

The ministry has also decided that the topic will feature prominently in its fifth basic plan for environmental protection, to be compiled possibly by the end of March 2018.

Japanese companies are beginning to make strategic responses to the SDGs.

Sumitomo Chemical, for instance, introduced in November 2016 an in-house certification program for products and technologies that contribute to achieving any of the 17 goals. In the first action under the program, the company has certified 21 products.

The maker's separator, a component vital for enhancing the capacity of lithium-ion batteries often loaded to electric cars, can help achieve Goal 7, or promotion of "affordable and clean energy," and Goal 13, or taking effective "climate action." 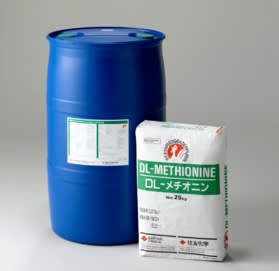 Additives for animal feed to reduce nitrogen in excrement have been certified as products helping achieve Goals 12 and 13.

Additives for animal feed to reduce the amount of nitrogen in excrement have been certified as contributors to the efforts to strike Goal 12, or "responsible consumption and production," as well as Goal 13.

Fuji Xerox has launched an international resources recycling system in line with Goal 12.

The company has established centers for recovering and recycling its products like multifunctional copier-printer-scanner-fax machines in seven countries and areas including Japan, China, South Korea and Thailand.

In addition to recycling of parts, these centers also ensure that all materials used in the machines, such as iron, copper and aluminum, will be reused or burned to extract heat. The recycling rates for Fuji Xerox products are near 100%. 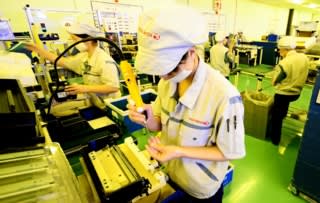 "This program is operated profitably," said Noriko Yoshie, general manager at the company's corporate social responsibility department. "The program is in sync with the basic principle underlying the SDGs, which is the integration of economic and environmental goals."

Companies can benefit from incorporating the SDGs into their management policies, experts argue.

Since the goals serve developing countries' efforts to overcome the challenges they face, SDG-based business strategies can help Japanese companies expand their operations into these markets, according to Keio's Kanie.

A growing number of developing countries are now realigning their development plans and strategies to the SDGs in hopes of receiving loans from the World Bank and economic aid from industrial nations.

The Japanese government established in 2016 "headquarters" for policy efforts to promote the SDGs headed by the prime minister.

The Foreign Ministry has created a promotion video for the initiative, featuring Pikotaro, performer of the smash hit song "Pen-Pineapple-Apple-Pen."

But these moves have not done much to raise public awareness of the SDGs. Experts and policymakers are calling for stronger action, such as enacting basic legislation to promote the SDGs and establishing a new cabinet portfolio in charge of the initiative.