Japan aims to resume Go To Travel campaign in mid-January 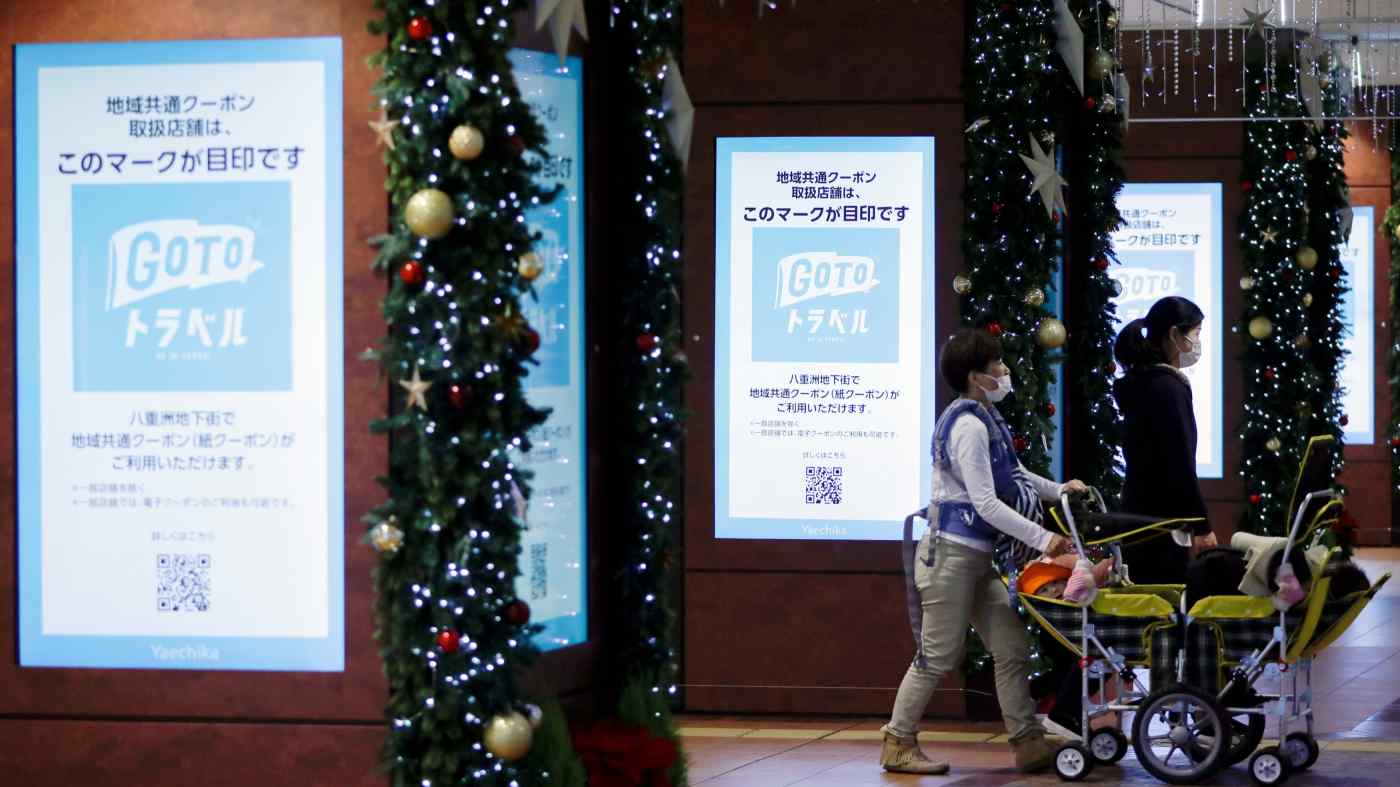 Signboards display ads for the Go To Travel campaign amid the COVID-19 outbreak, at a train station in Tokyo in November 2020.   © Reuters
Nikkei staff writersNovember 14, 2021 06:58 JST | Japan
CopyCopied

TOKYO -- The government plans to resume the Go To Travel subsidy program to stimulate demand for domestic travel as early as mid-January 2022, Nikkei has learned.

The program is aimed at promoting tourism during the off-season months of February and March, avoiding the year-end and New Year holidays. The subsidies' limit will be lowered to 13,000 yen ($114), down from 20,000 yen before it was suspended last December due to the rise in COVID-19 cases. It was initially launched in July 2020.