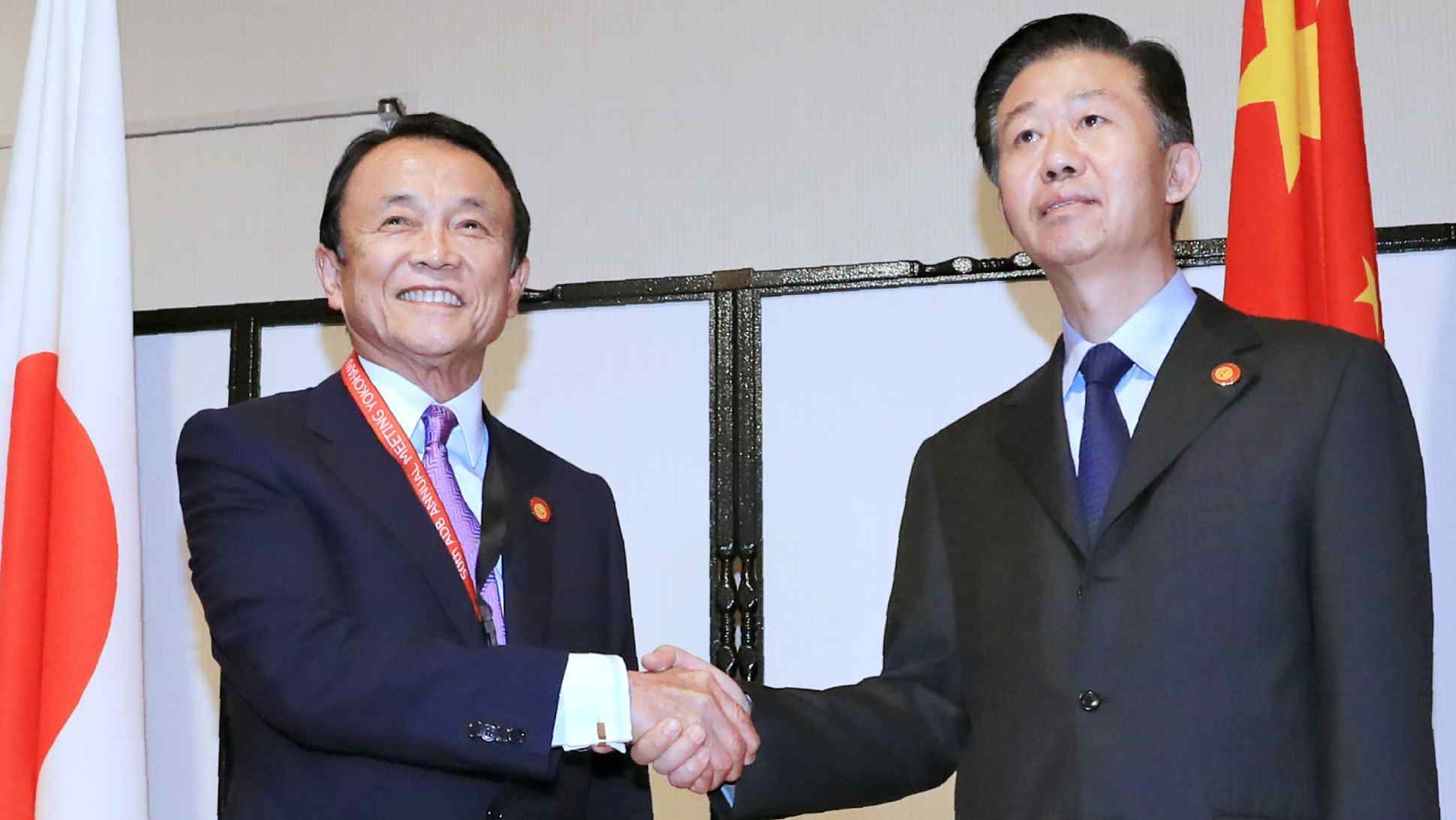 Tokyo concerned that China's economic problems could have spillover effect

YOKOHAMA -- Japan and China held high-level talks on the sidelines of the Asian Development Bank's annual meeting on Saturday to discuss the bad loan situation in China and bilateral cooperation in Asia.

Taro Aso, Japan's deputy prime minister and finance minister, met with Chinese Finance Minister Xiao Jie, accompanied by officials from the Bank of Japan and the People's Bank of China. It was a rare meeting involving senior fiscal and monetary authorities from the two countries and came despite the fierce rivalry between Japan and China for regional leadership and economic influence.