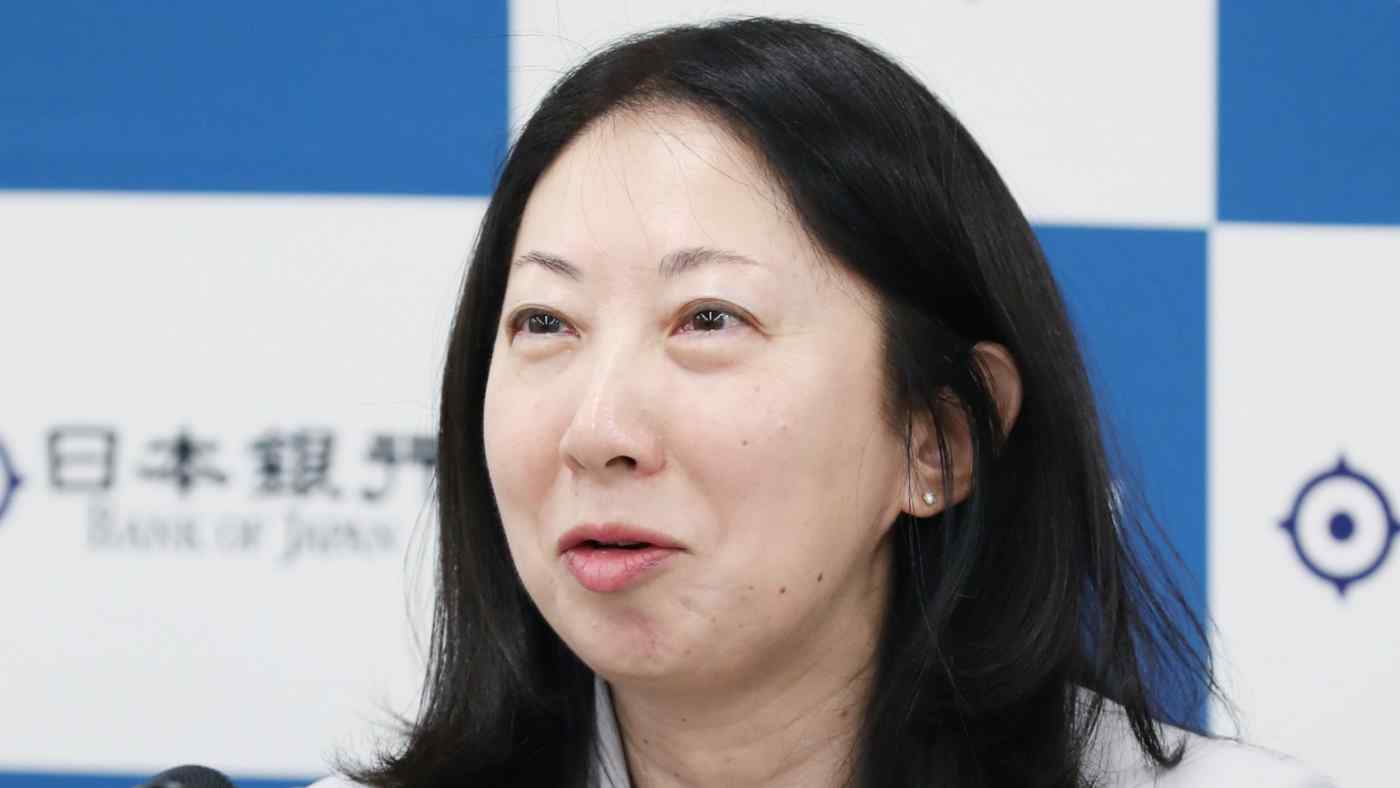 Tokiko Shimizu was named an executive director with the Bank of Japan on May 11, the first woman to hold the post. (Photo by Koji Uema)
NANA SHIBATA, Nikkei staff writerMay 11, 2020 11:49 JST | Japan
CopyCopied

Shimizu joined the BOJ after graduating from the University of Tokyo with a degree in engineering. After working at the Financial Market Bureau, in 2010 Shimizu became the first female manager of the Takamatsu branch. She also worked in London as the European general manager, overseeing the bank's operations in Europe, Russia and Africa.

Shimizu will continue to serve as the Nagoya branch manager.