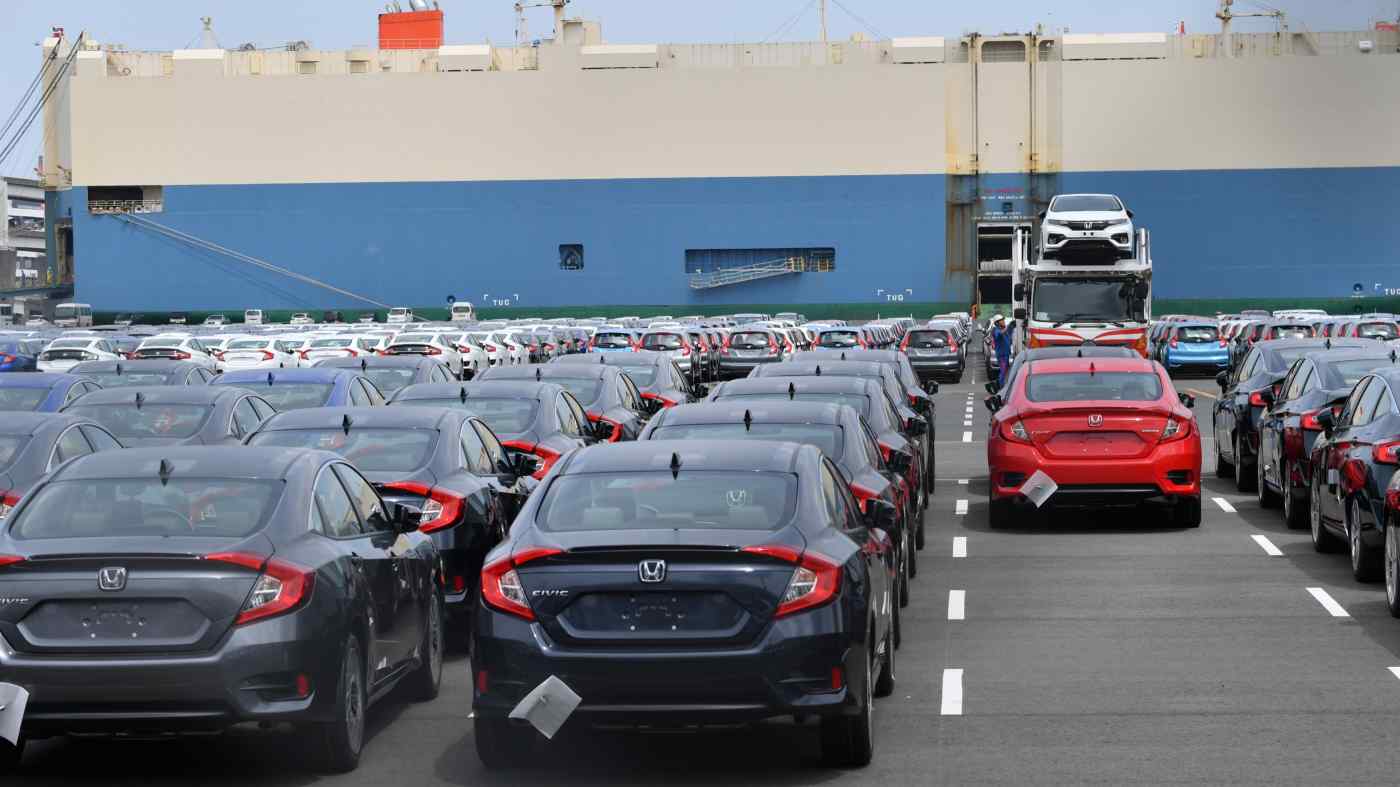 The auto and machinery industries have led the rebound in manufacturing activity in Japan, thanks to strong exports to the U.S. and China. (Photo by Wataru Ito)
MITSURU OBE, Nikkei staff writerApril 1, 2021 09:10 JSTUpdated on April 1, 2021 11:09 JST | Japan
CopyCopied

The headline diffusion index of sentiment among large manufacturers came to plus 5 in March, compared with minus 10 in December, marking a third straight quarter of improvement. The latest reading matched that for September 2019, when the reading also stood at 5.

The better-than-expected result came as a surprise to some economists. The country faced multiple challenges in the latest quarter, including a coronavirus state of emergency, a fire at major semiconductor supplier Renesas and shipping delays due to the Suez Canal blockage. Nevertheless, "manufacturing output has returned to pre-pandemic levels, and that has been reflected in the Tankan," said Hideo Kumano, chief economist at Dai-ichi Life Research Institute.

The DI is derived by subtracting the percentage of companies that regard business conditions as poor from those that are optimistic. Large manufacturers' DI is closely tracked by analysts for a clue on the direction of monetary policy.

Economists were predicting a break-even for the index, according to a poll conducted by QUICK, a Nikkei group company. The index has shown sentiment improving after sinking to minus 34 in June, the worst reading since the financial crisis in 2009 triggered by the collapse of Lehman Brothers. 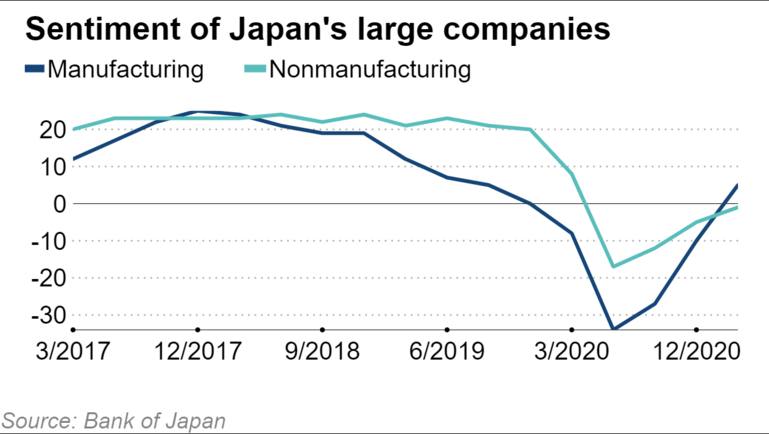 The large manufacturers' DI for June is forecast at plus 4.

Sentiment among large nonmanufacturers was minus 1, compared with minus 5 in December. Economists had predicted minus 4.

The large nonmanufacturers' DI for June is forecast to be minus 1.

The survey was held between Feb. 25 and March 31, a period when the country was under a 10-week coronavirus state of emergency.

The rebound in manufacturing activity has been led by the auto and machinery industries on the back of surging exports to China, which is expanding its production capacity. This has had spillover effects on small manufacturers and lifted their sentiment too, Kumano said.

The upturn in manufacturing activity has also resulted in a return of labor shortages in some industries, the Tankan showed.

Nonmanufacturing activity has been mixed. Supermarkets have benefited from more people staying at home, while hotels, restaurants, railways and airlines have been severely affected by the pandemic.

Nonmanufacturing businesses posting sharp improvements included IT services and real estate, pointing to an increase in property transactions. Property prices have been under pressure in traditional downtown and office areas, but the "workation" trend may be creating new demand for real estate elsewhere, Kumano said.

The BOJ has been maintaining extremely loose monetary policy since 2013 under Gov. Haruhiko Kuroda, with the goal of achieving 2% inflation.

Last month, the BOJ decided to provide more flexibility to its quantitative easing operations so the program can be maintained for a longer period without causing serious side effects to the economy.