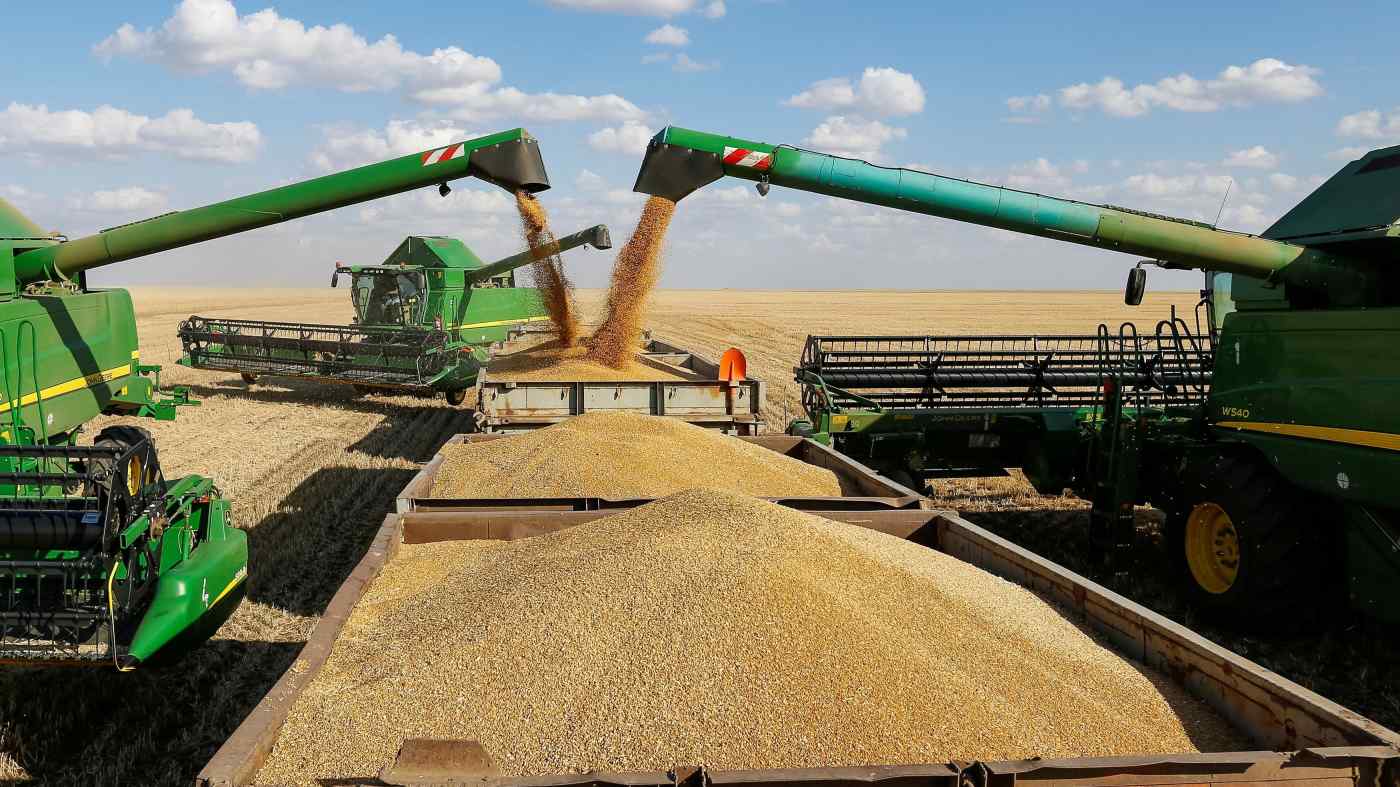 TOKYO -- A record 11.5 trillion yen ($85.8 billion) left Japan in the January-March quarter amid a historically weak yen and rising commodities prices, while the latest data suggests the country could see even greater outflows in April-June.

Import prices rose 43.3% on the year during May in yen terms, according to the Bank of Japan. This outpaced the 26.3% increase on a contract currency basis and represented the largest jump since comparable data became available in 1981.