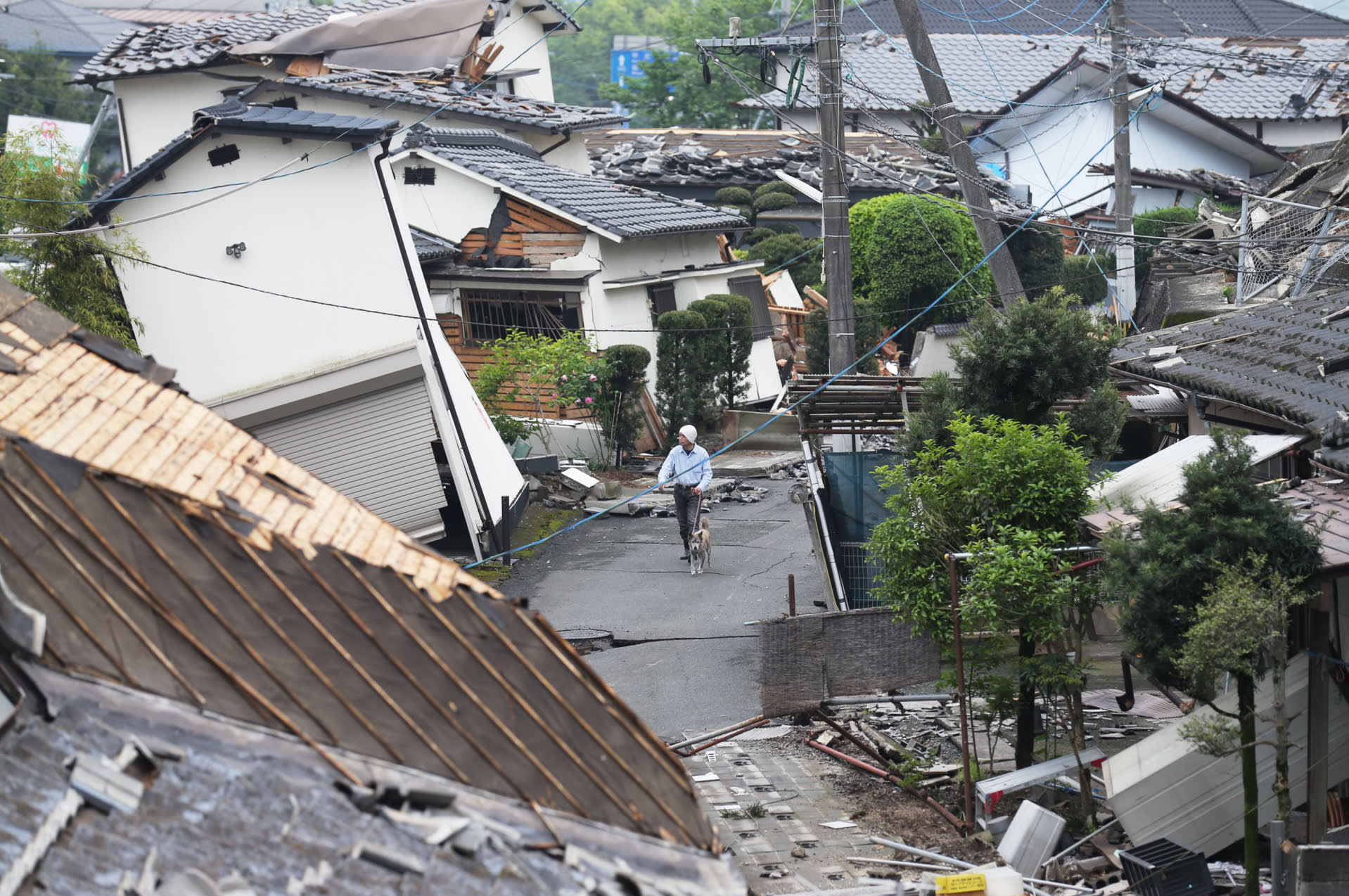 TOKYO -- The government has designated the earthquakes that struck southwestern Japan around Kumamoto Prefecture this month as a severe disaster, freeing up more financial assistance and spurring efforts to rebuild lives affected by the calamity.

The cabinet on Monday endorsed the designation for the series of earthquakes as a disaster of "extreme severity." Prime Minister Shinzo Abe also ordered faster construction of temporary housing for displaced victims during a disaster response committee meeting. He will meet separately Tuesday with each opposition party leader to gain cooperation on the rebuilding efforts.

The government plans to submit to the Diet a supplementary budget for earthquake reconstruction as soon as May 13. Some in the ruling coalition see the package reaching 600 billion yen ($5.4 billion). An Abe aide says the amount may exceed 1 trillion yen when combined with the roughly 350 billion yen in contingency funds earmarked in this fiscal year's budget. The Democratic Party, the newly merged main opposition, has expressed mutual interest in speedy passage.

Abe said during an economic policy meeting Monday that the government has secured 9,000 public housing units and similar accommodations, in addition to material for building 3,000 temporary homes.

The government will expedite issuing required documents to victims. Displaced people must present certification to move into temporary housing. But local governments in quake-damaged areas are unable to keep up with the flood of applications. During Monday's disaster response meeting, Abe urged municipalities across Japan to dispatch staff capable of handling the paperwork in order to speed up the process.

Under this law, eligible families in municipalities and other areas where 10 or more households lose their homes would receive money geared toward demolition or repairs and reconstruction. Compensation for each household is capped at 3 million yen -- half covered by prefectures and national government subsidies making up the rest.

In areas affected by a designated severe disaster, the central government will subsidize up to 90% of the costs related to restoring public facilities, farmland and other affected sites. The annual interest rate will be cut by 90 basis points for disaster-related loans made to small and midsized companies by the government-affiliated Japan Finance Corp., the cabinet decided Monday.