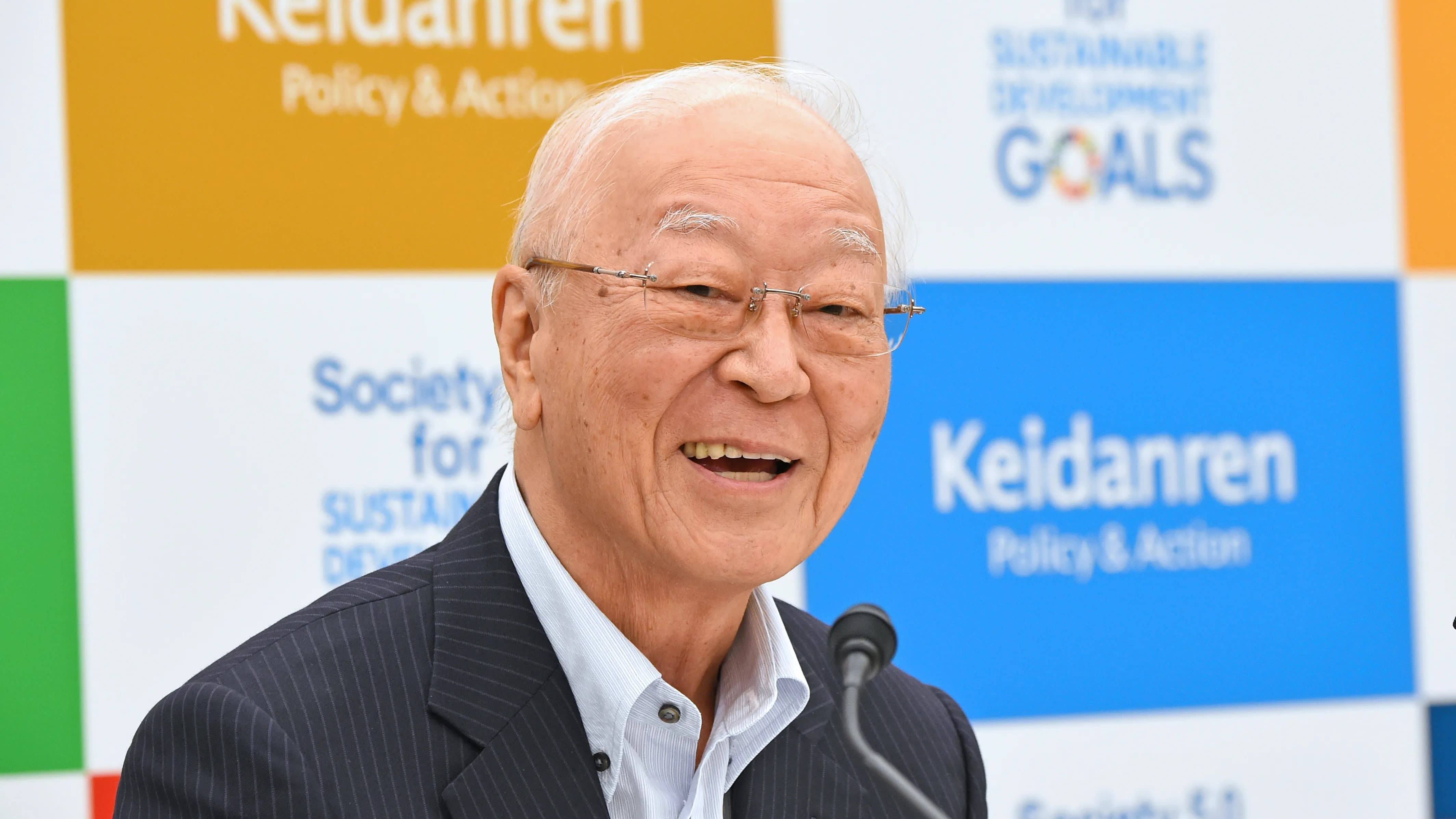 Japan Business Federation Chairman Hiroaki Nakanishi holds a news conference Sept. 9 in Tokyo on his return to work after being hospitalized in May for cancer treatment. (Photo by Yoichi Iwata)

TOKYO -- A grim outlook for the global economy is weighing on demand and discouraging Japanese companies from investing, the head of the nation's top business lobby told reporters Monday as he returned to work after more than three months away.

Conditions abroad "will be tough going into next year" amid the intensifying U.S.-China trade war, said Chairman Hiroaki Nakanishi of the Japan Business Federation, or Keidanren, who is undergoing cancer treatment.

Nakanishi, who is also executive chairman of industrial group Hitachi, sounded more optimistic about the domestic economy. "Things like capital investment contributing to change in our industrial structure are solid," he said. "There hasn't been a significant dip."

The Keidanren chief also commented on the recent rupture between Japan and South Korea, which has escalated with trade restrictions and boycotts of Japanese goods.

"The situation has become quite difficult, but actual business relationships are functioning," he said. "We want to get to a good state again."

"But to be frank, we don't have any good ideas" for how to do that, he admitted.

Nakanishi attended a committee meeting Monday morning to start hammering out guidelines for the federation's member companies in the spring 2020 wage negotiations. He said the debate should include ways "to create workplaces with a sense of purpose" in addition to wage hikes.

On the government's plans to discuss social security reforms, including possible changes to the retirement age, Nakanishi said that "it's important to steadily work on" immediate problems but stressed that "the business community is still unsatisfied."

Nakanishi was hospitalized in May to undergo treatment for lymphoma. While he will continue with chemotherapy, he said he looks to work "wholeheartedly" on Keidanren's policy priorities while keeping an eye on his condition.

The Keidanren chief plans to attend upcoming meetings of government councils on economic policy and future investment but said he will refrain from domestic and international travel for now.

Separately, a combined delegation from Keidanren, the Japan-China Economic Association, and the Japan Chamber of Commerce and Industry is visiting China to meet with government officials and business leaders.