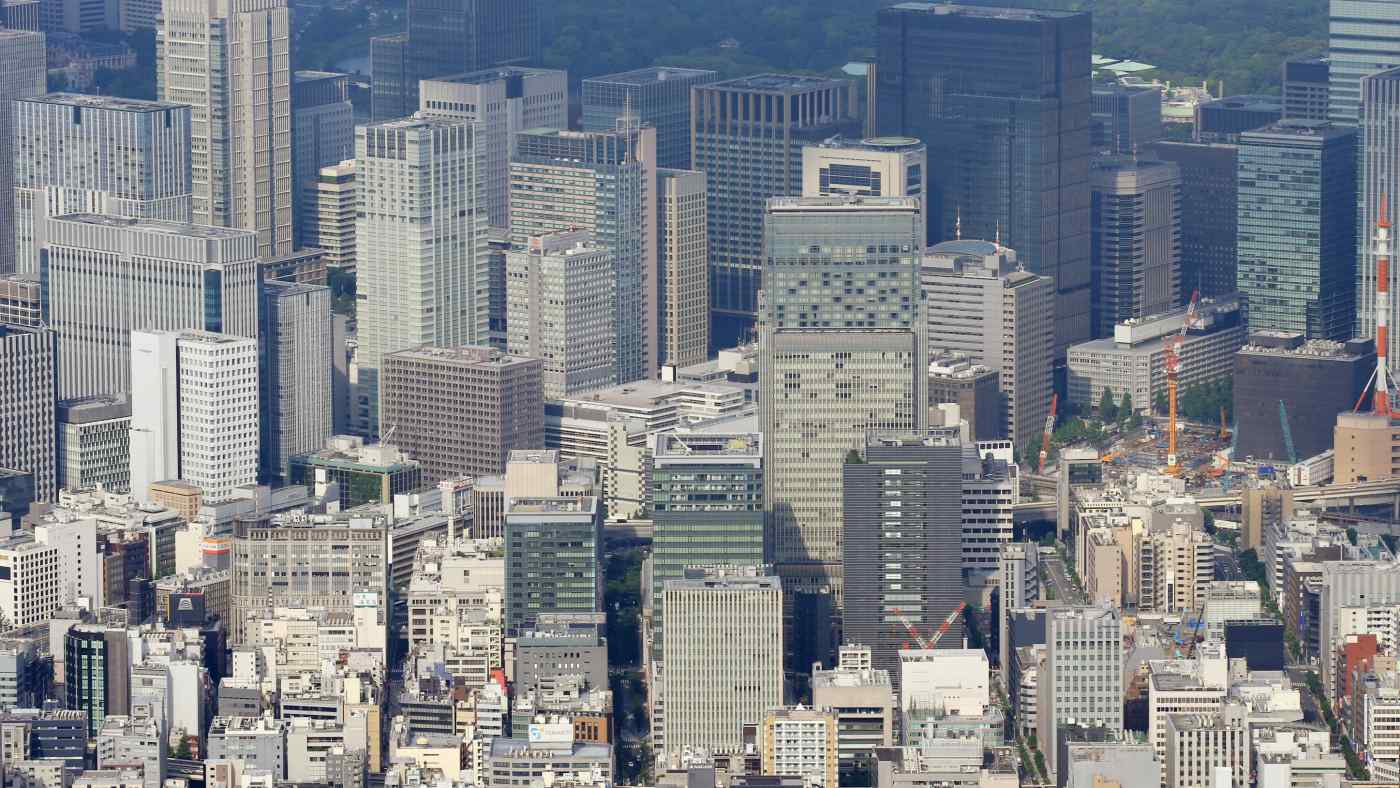 Buildings in Tokyo. Business sentiment among large Japanese companies in the April-to-June period fell to minus 47.6, pointing to intensifying pressure on the economy amid the coronavirus pandemic. (Photo by Akira Kodaka)
Nikkei staff writersJune 11, 2020 10:34 JSTUpdated on June 11, 2020 12:42 JST | Japan
CopyCopied

TOKYO -- Business sentiment among large Japanese companies in the April-to-June period fell to minus 47.6, the worst result in 11 years and pointing to intensifying pressure on an economy hit by the worldwide impact of the coronavirus on both manufacturing and non-manufacturing sectors.

The confidence index covering companies capitalized at 1 billion yen ($9.3 million) or more sharply dropped from an already negative minus 10.1 in the previous survey for January to March, according to the joint survey by the Finance Ministry and Cabinet Office. The index has now registered negative growth for the past three quarters in a row.

The latest reading was the lowest since the January-to-March period of 2009 when Japan's economy was reeling from the effects of the global financial crisis.

The survey was conducted on May 15 when the government had started considering lifting states of emergency imposed on the country to limit the spread of the coronavirus.

In terms of detailed breakdown, the manufacturing sector recorded a reading of minus 52.3, while non-manufacturing was at negative 45.3.

Declines in automobiles and parts manufacturing was significant, reflecting factory suspensions and weak consumer demand due to the pandemic.

In the non-manufacturing sector, business sentiment showed particular deterioration in services, which were directly hit as people refrained from going out. The survey also showed a worsening of sentiment in the financial sector due to concerns over rising credit costs.

"There are many small businesses in the service industry which are greatly affected by the coronavirus," the Ministry of Finance said. It also said that "the pandemic has contributed to a larger drop in business sentiment among small and medium-sized companies than during the crisis caused by [the collapse] of Lehman Brothers," a reference to the U.S. investment bank's 2008 implosion that spurred the global financial crisis.

Looking ahead, the index forecasting business conditions for all industries in large companies is expected to see a reading of minus 6.6 for the July-to-September period before turning to a positive of 2.3 for the October-to-December period, the survey showed. Small and medium-sized companies, however, are expected to remain negative until the end of this year.