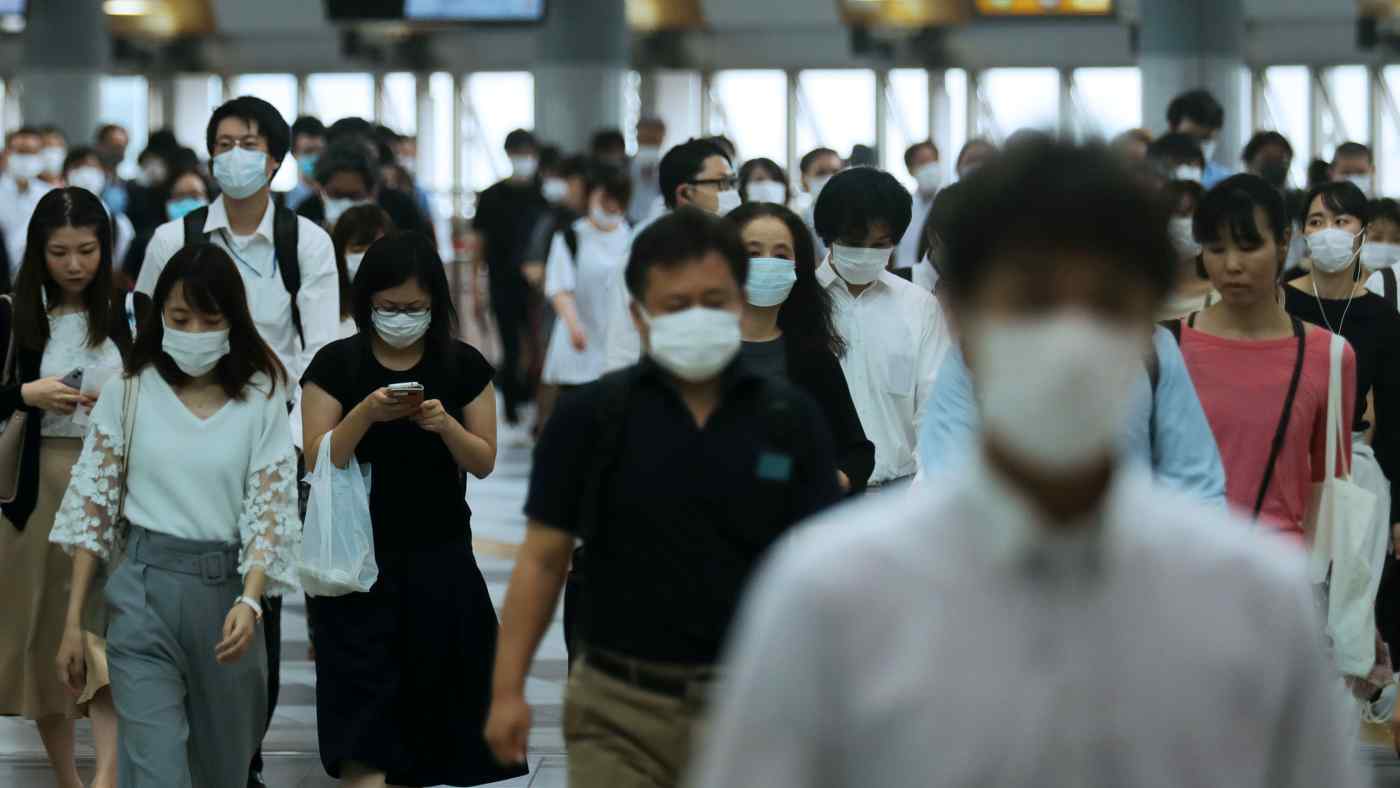 TOKYO -- Business sentiment among Japan's large manufacturers has plunged to the lowest level in more than a decade, the Bank of Japan's latest Tankan quarterly survey showed on Wednesday, as the economy struggles to recover from the recession caused by the coronavirus pandemic.

The headline diffusion index of sentiment among large manufacturers fell to minus 34 in June from minus 8 in March, the lowest reading since June 2009. Economists had expected a reading of minus 31, according to a poll conducted by Nikkei group company QUICK.

Large manufacturers expect the DI to improve to minus 27 in September.

Economists were concerned that the recovery may be delayed beyond the July-September quarter. The Tankan results indicate that a rebound is coming, albeit an uneven one led by large corporations.

"The data indicates a recovery led by exports to China and other Asian countries," said Hideo Kumano, chief economist at Dai-ichi Life Research Institute and a former BOJ official. Kumano notes that the negative sentiment is expected to ease around September in the electrical machinery and production machinery sectors, which have benefited from the accelerated rollout of 5G in China, South Korea and other Asian countries.

The DI is a number derived by taking away the percentage of companies that think business conditions are poor from the percentage that hold an optimistic view. The large manufacturers' DI is closely watched by analysts as it provides clues to the economic cycle in Japan. Among nonmanufacturing sectors, retailers posted a positive reading. Supermarkets enjoyed strong sales as more people spent time at home instead of dining out over coronavirus fears. Drugstores have also seen brisk sales of personal hygiene items such as masks and hand sanitizers.

Large companies expect sales and profits to stabilize in the October-March period, with a 0.3% year-on-year increase in sales and a slight 0.6% fall in recurring profit during the half.

Business investment at large corporations is expected to grow 3.1% in fiscal 2020 ending March -- better than a consensus forecast of a 2.0% increase. The growth will apparently be driven by software investment, as large companies review work practices and adapt to teleworking.

Still, the latest Tankan results highlight difficulties faced by both domestic service sectors as well as export-oriented manufacturers in Japan. Although the pandemic has hit the European, North American and emerging economies harder, Japan has suffered a plunge in inbound tourism from Asia as well as a fall in auto exports to the U.S. and Europe. These factors had, in turn, weakened demand for basic materials such as steel.

The headwinds were clear from indicators such as funding conditions DI, which fell to plus 3 from plus 13 for all companies, and the labor supply DI, which shows that labor shortages are rapidly easing.

The BOJ has been using its monetary policy tools to support businesses struggling to cope with the global economic shock, through an abundant supply of liquidity to large and small businesses, either directly or via banks.

In April, the central bank announced it would buy government debt without a limit, signaling its commitment to supporting Prime Minister Shinzo Abe's efforts to continue offering fiscal stimuli until the economy regains its footing.