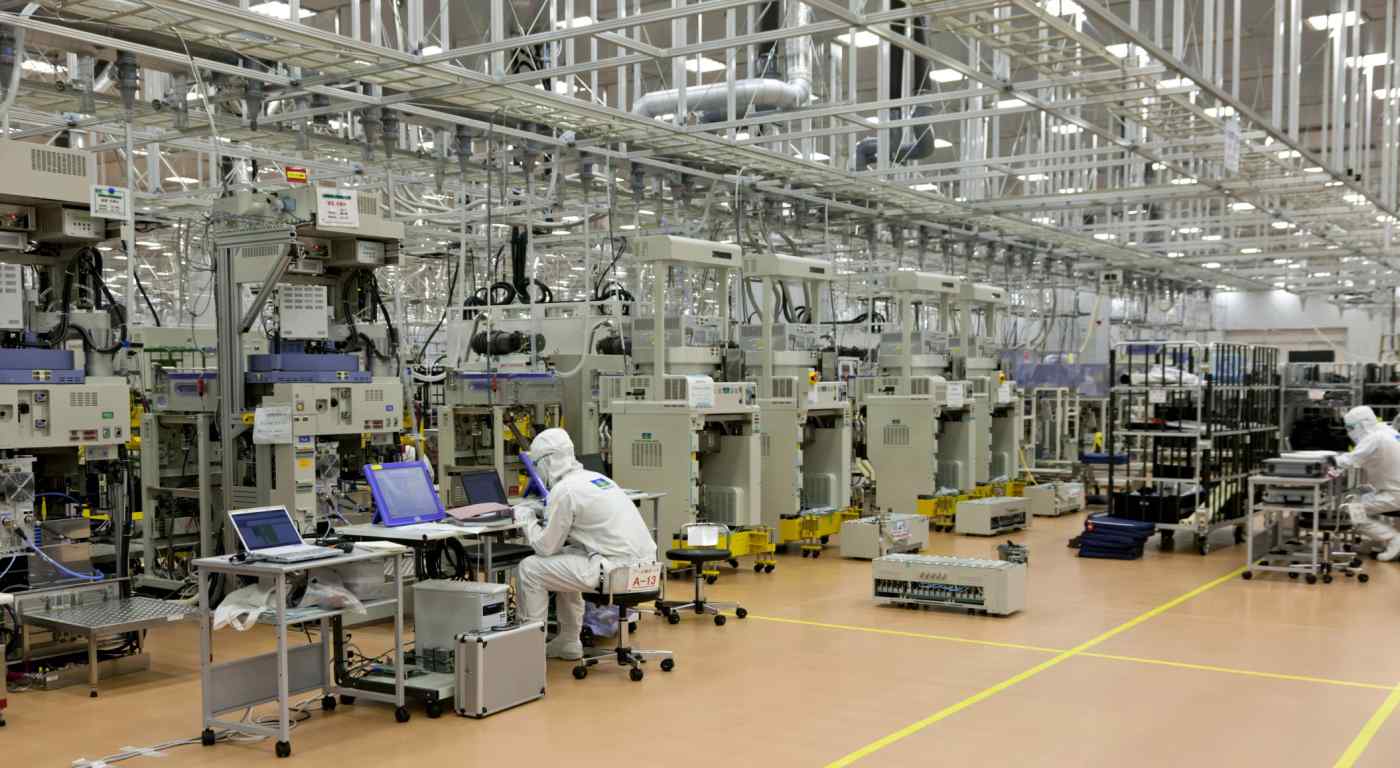 TOKYO -- Japanese makers of semiconductor production machinery are receiving a big boost to their sales from a spike in demand in China.

Tokyo Electron and Disco appear to have logged record sales in China in the six months through September.

Their strong performances stand in stark contrast to the struggling operations of manufacturers of construction machinery and steelmakers in the country, where the economy has been slowing.

Demand for chipmaking equipment is surging in China partly because the government is nurturing the domestic semiconductor industry. Beijing's policy support is a big boon to Japanese chip equipment makers.

Tokyo Electron's sales of such products in China during the April-September period posted strong year-on-year growth of 60% to over 50 billion yen ($483 million). Sales in China accounted for nearly 20% of the total, up from 4% for the year through March 2008, when the company registered record profits.

If the company receives orders for these products every quarter at the current pace of more than 20 billion yen, sales for the full year are certain to surpass the past record of 63.6 billion yen in fiscal 2015.

Disco, a major maker of wafer-cutting machines, saw its sales in China grow by over 10% in the first half of fiscal 2016 to around 14 billion yen. Nearly a quarter of the company's group sales came from China.

Tokyo Seimitsu won a record-breaking 4 billion yen worth of orders for its wafer inspection equipment and other products during the first half. Now the company's sales of chipmaking equipment in China are replacing those of measuring instruments for automobile manufacturing as its main source of profit in the huge market.

All three companies have projected a decline in their group sales in the April-September period, but robust demand in China has propped up their earnings.

The Chinese market for semiconductor devices is now worth around 10 trillion yen due to the spread of smartphones among Chinese consumers, according to one estimate. But Chinese electronics makers have been heavily dependent on imports of semiconductors.

In a move to increase domestic production of chips, the Chinese government has made promoting the domestic semiconductor industry a policy priority. Beijing has been using subsidies and other forms of support as incentives for the construction of semiconductor plants in China.

In March, Taiwan Semiconductor Mfg. (TSMC) reached an agreement with the Nanjing municipal government to build a plant in the city in Jiangsu Province. Intel of the U.S. and South Korea's Samsung Electronics, which already have manufacturing operations in China, are expected to ramp up production there as well.

Known as the "big three," these makers of semiconductors have been the leading customers of chipmaking equipment made by Japanese manufacturers.

However, orders from these companies for their operations in China do not indicate an expansion of the customer base for Japanese manufacturers or any new prospects for sales growth. As the top chipmakers' current investment drives run their courses, the tailwinds for Japanese equipment manufacturers will dissipate.

With the Chinese government supporting the industry, some Japanese suppliers are betting on further growth.

Major chip inspection equipment maker Advantest, for instance, is enhancing its marketing operations in China to capitalize on the possible rise of Chinese chipmakers, according to Shinichiro Kuroe, the company's president.

Despite the Chinese government's efforts to foster domestic chipmakers, however, the only promising players at the moment are contract manufacturers like Wuhan Xinxin Semiconductor Manufacturing.

Masaya Yamasaki, an analyst for Nomura Securities, points out that it requires highly sophisticated technology to squeeze billions of transistors onto a chip the size of a fingernail, as today's chipmakers have to do. "It is by no means easy to nurture full-fledged and competitive chipmakers that can also design and develop cutting-edge products," said Yamasaki.

Even if Beijing succeeds in this challenge, competition with foreign rivals could lead to an oversupply, said Akira Minamikawa, an analyst at IHS Technology.

These skeptical views about China's quest to become a chip powerhouse may mean that the current boom in demand for Japanese semiconductor equipment makers will prove short-lived.