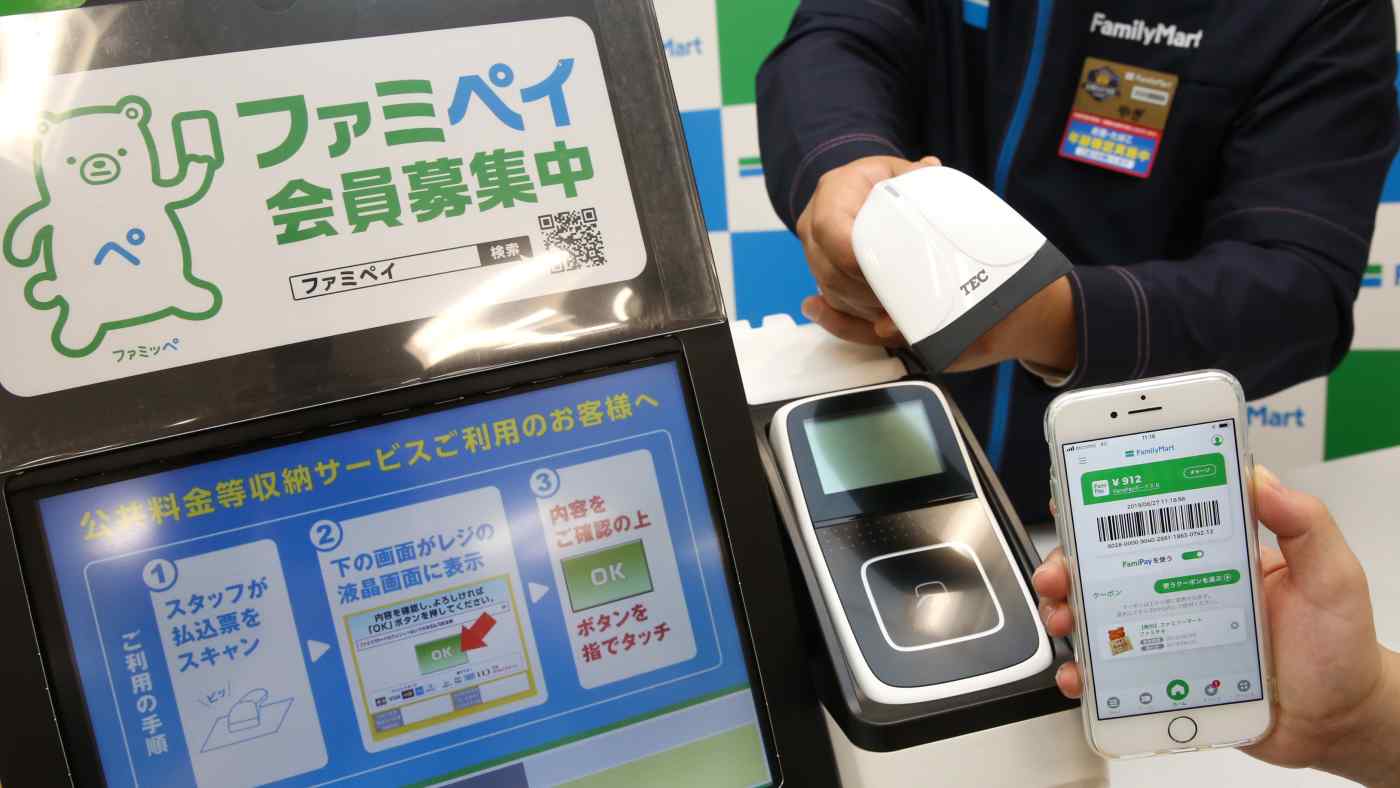 Cashless payments make up about a fifth of the total in Japan, putting it behind other countries making the switch away from cash.
TAKAYUKI YAO, Nikkei staff writerAugust 20, 2019 20:22 JST | Japan
CopyCopied

TOKYO -- Japan's convenience stores will offer 2% price discounts on the spot for cashless purchases starting October when the consumption tax rises to 10% from 8%, Nikkei has learned.

It will be part of a government program aimed at cushioning the impact of the 2 percentage point tax hike, but instead of offering a 2% point reward to be used at a later date, the convenience stores will, in effect, cut prices at the point of purchase.

The discounts will apply to cashless purchases at Seven-Eleven Japan, FamilyMart, Lawson and Ministop, the country's top-four convenience store operators. The program, which runs through June 2020, also aims to encourage consumers to shift to cashless payments.

A 600 yen purchase, for instance, will be offered a 12-yen credit on the spot, and the customer will only be charged 588 yen.

The government program awards points for cashless payment methods, including credit cards, electronic money and mobile payments. Amazon Japan and supermarket chains also plan to offer immediate discounts. There are other options available under the program, such as awarding loyalty points that can be used for future purchases.

But the program will pressure smaller retailers that have yet to introduce cashless systems, as it will put them at a price disadvantage.

In Japan, cashless payments represent about 20% of the total, making the country a relative laggard. The government aims to raise that figure to at least 40% through the discounting program.