Coronavirus outbreak pushes down prices of oil and hotels in April 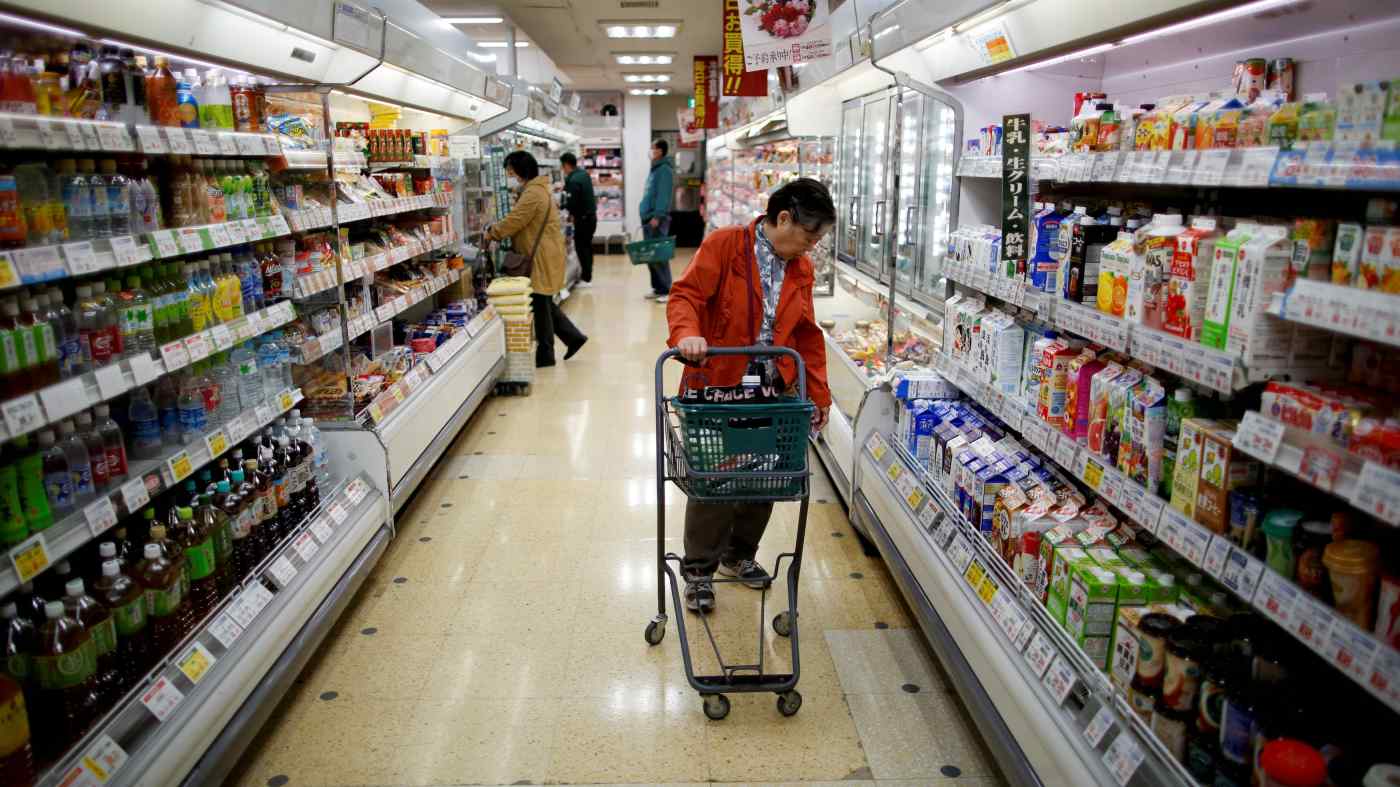 A supermarket in Kawasaki, Japan on April 21. The country is on the verge of falling back into deflation.     © Reuters
RURIKA IMAHASHI, Nikkei staff writerMay 22, 2020 09:49 JST | Japan
CopyCopied

TOKYO -- Japan's core consumer prices, a leading indicator of nationwide inflation, dropped 0.2% in April from a year earlier, the government announced on Friday.

The data highlights the challenge the Bank of Japan faces amid the ongoing coronavirus pandemic to achieve its elusive 2% inflation target.

The nationwide core consumer price index, or CPI -- which includes oil costs but excludes volatile fresh food prices -- fell 0.2% in April to 101.6, according to data released by the Ministry of Internal Affairs. It is the first time for the index to fall since December 2016.

The market forecast was for a 0.1% decline from the previous year.

The drop was mainly due to the low price of crude oil. The nationwide average gasoline price hit 130 yen a liter in late April, its lowest level in 2 years and 9 months.

The spread of the novel coronavirus and restrictions on going out also contributed to a decrease in prices of hotel charges and overseas travel packages.