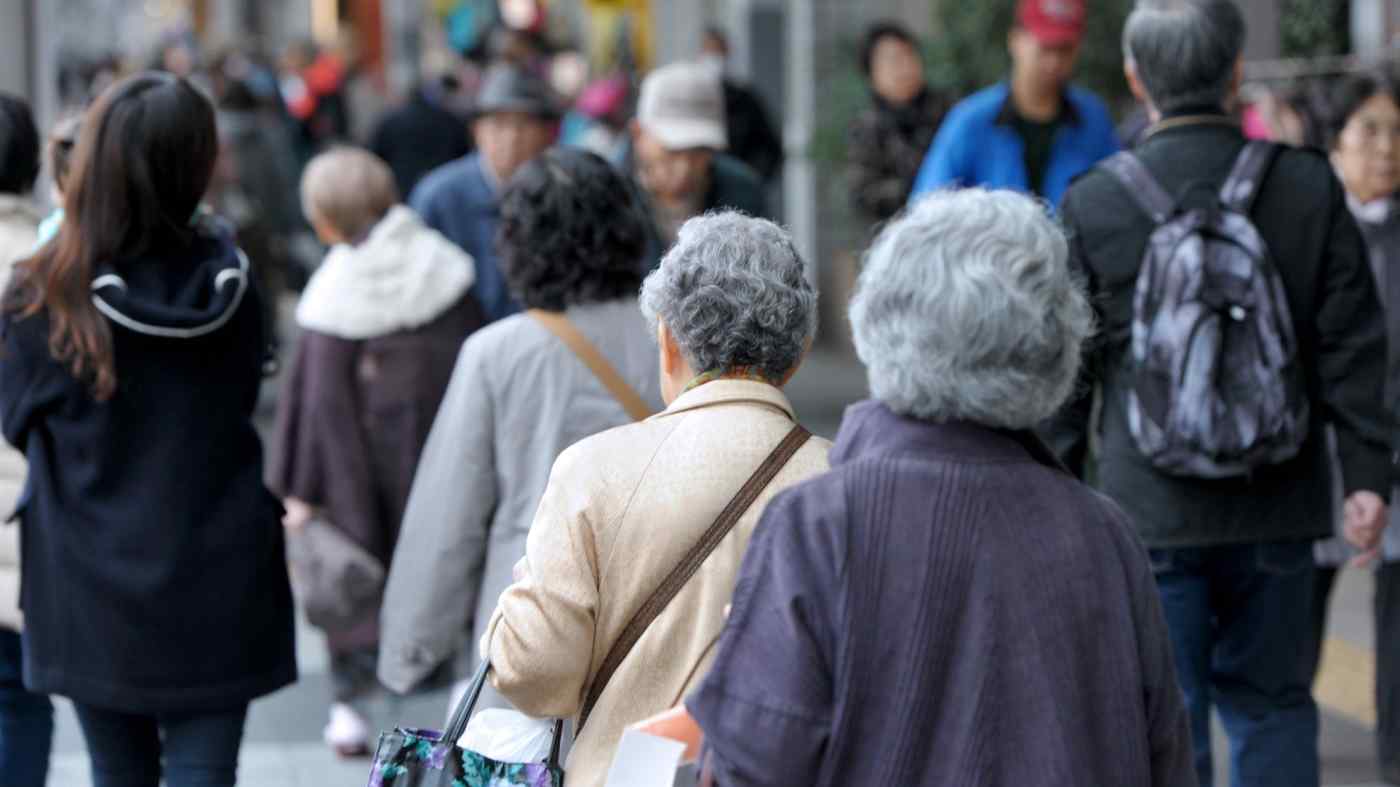 TOKYO -- As new estimates put the number of people in Japan age 70 or older at more than a fifth of the population for the first time, Prime Minister Shinzo Abe is signaling a renewed focus on contending with the economic impact of an aging labor force.

The 70-and-over segment of the population grew to an estimated 26.18 million, or 20.7%, the Ministry of Internal Affairs reported Sunday. That marks an increase of 1 million from last year, driven by baby boomers born from 1947 to 1949.