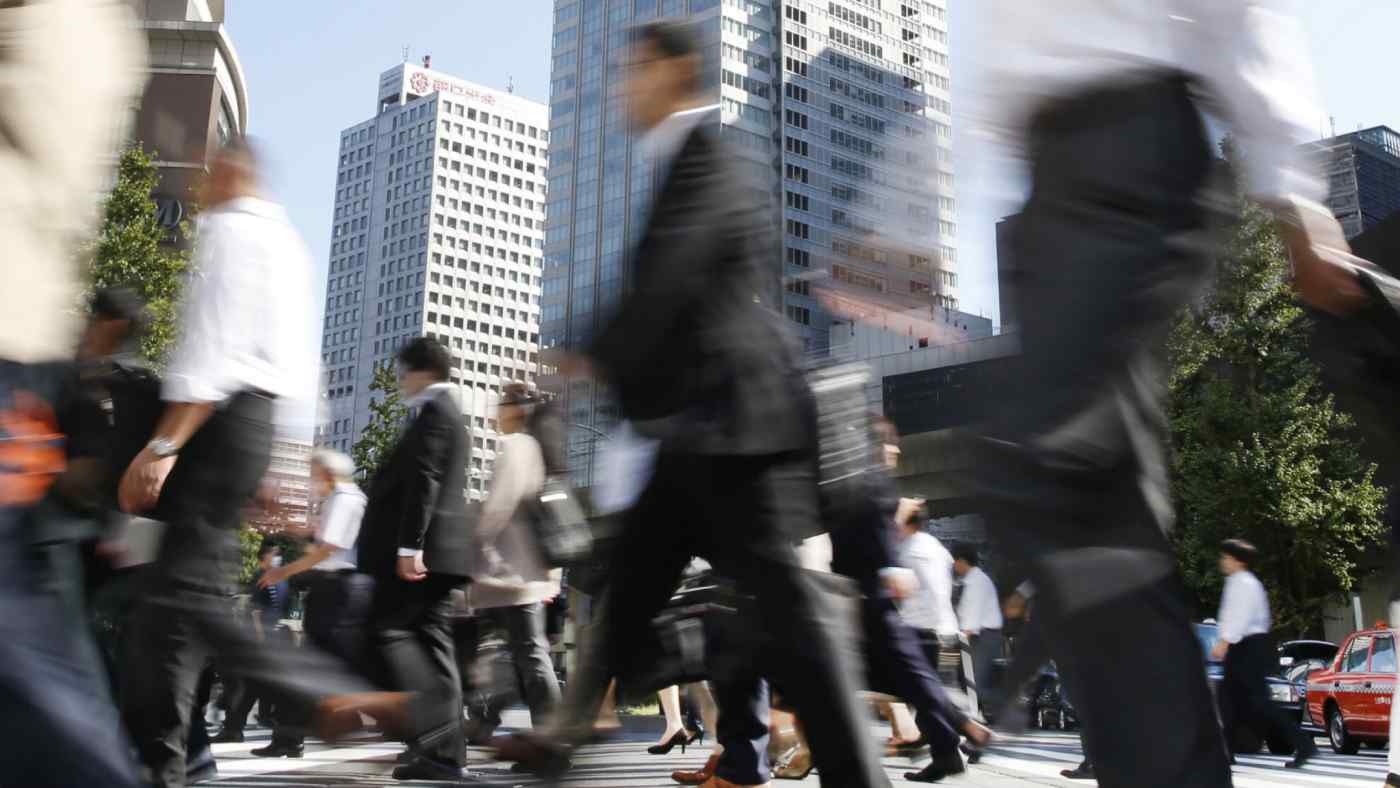 TOKYO -- Japan is now in its 73rd month of economic recovery -- tied for its longest postwar rise -- lifted by strong corporate performance, wages and exports, though uncertainties abroad could test whether the country's current path is truly sustainable.

One major corporation, Sony, raised its base pay for the first time in 15 years for fiscal 2018, by an average of 2% across the company. Combined with the annual bonus, equivalent to a record 6.9 months worth of wages thanks to record-breaking operating profit in the previous fiscal year, employees are expected to see a roughly 5% boost in annual pay.

Year-end bonuses are expected to rise nationwide for the second straight year by 3.3%, and consumption by an annualized 2% in the October-December quarter, according to the Japan Research Institute.

Real gross domestic product fell for the first time in two quarters in July-September, but that was largely due to a string of natural disasters that swept through Japan this summer. Market watchers expect economic growth to pick back up to 2.1% in October-December.

Clouds are gathering on the horizon, however. Japan's economic recovery has been driven largely by the global economy, with exports increasing more than 30% since the end of 2012 even as consumption gained only slightly. Now those very exports seem to be slowing down amid the U.S.-China trade war. Machinery orders from abroad, a key leading indicator, fell on the year for three straight quarters through July-September.

Exports to China jumped 9% on the year in October, according to Japanese trade statistics. Many companies are making up for the disruption in their supply chains caused by natural disasters earlier this year. But real exports of machinery to China fell 5.7% from the monthly average in July-September, Nomura Securities reported, warning that capital investment in the country could be slowing down.

Chipmaker Renesas Electronics, for example, expects a 3% dip in sales in 2018 to 754.6 billion yen ($6.64 billion). Demand for its equipment for automated factories has suffered as capital spending cools in China.

The U.S.-China trade war complicates matters as well. Washington imposed a 10% tariff on $200 billion worth of Chinese products in September, and had planned to raise the figure to 25% next year. While the two sides agreed Saturday to a 90-day truce on further tariffs, there is no guarantee they can reach a compromise before tensions flare anew.

Consumer prices in Japan are also slow to rise, despite the country's goal of fully escaping deflation. The government is planning to offer extensive tax breaks to ease the pain of a consumption tax hike planned in October. But the Bank of Japan is running out of options to help lift the economy.