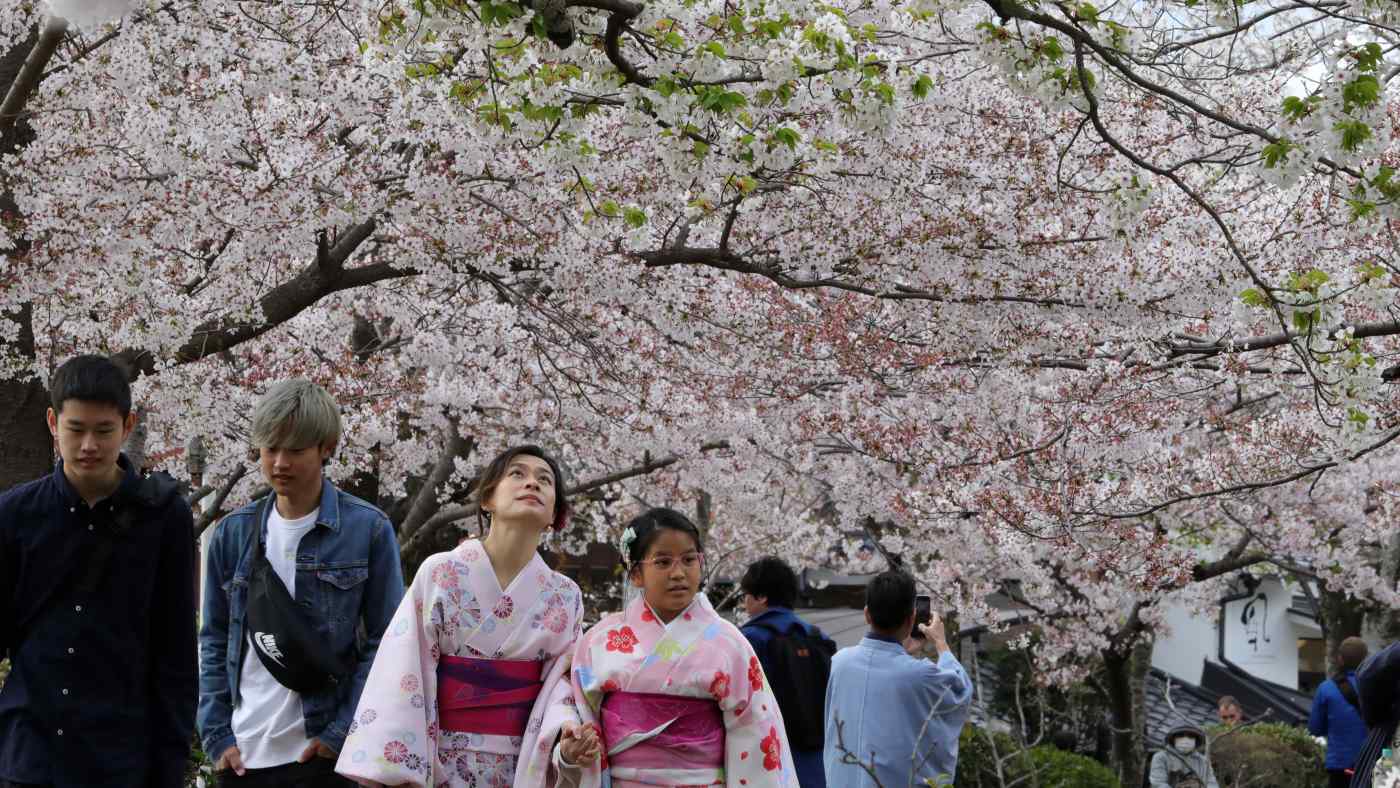 TOKYO -- Japan welcomed 2.76 million foreign visitors in March, a rise of 5.8% from the same month last year, according to the Japan National Tourism Organization.

Multiple spring campaigns launched by the organization drew many foreign tourists into the country to enjoy its famous cherry blossom season, the JNTO said in a report published on Wednesday.

Of the arrivals, 691,300 came from China, a rise of 16.2% from last time, and the largest amount of visitors by country and region. Eased visa requirements contributed to this effect.

From the U.S. 176,600 guests arrived, a rise of 17% and a record high for a single month, with cherry blossom season providing a significant draw. Visitors from India, Canada, the U.K. and Germany also reached their highest levels for a single month.

Travelers from South Korea numbered 585,600, a drop of 5.4%. The plunge reflected the country's economic slowdown, as well as the rise of Vietnam as a holiday destination for South Koreans.

The Japan Tourism Agency announced pleminary data on Wednesday that showed total spending by foreign visitors hit 1.11 trillion yen ($9.98 billion) between January and March, up 2.6% from the same period in 2018. Spending, including on shopping and lodgings, grew amid the rising number of tourists.