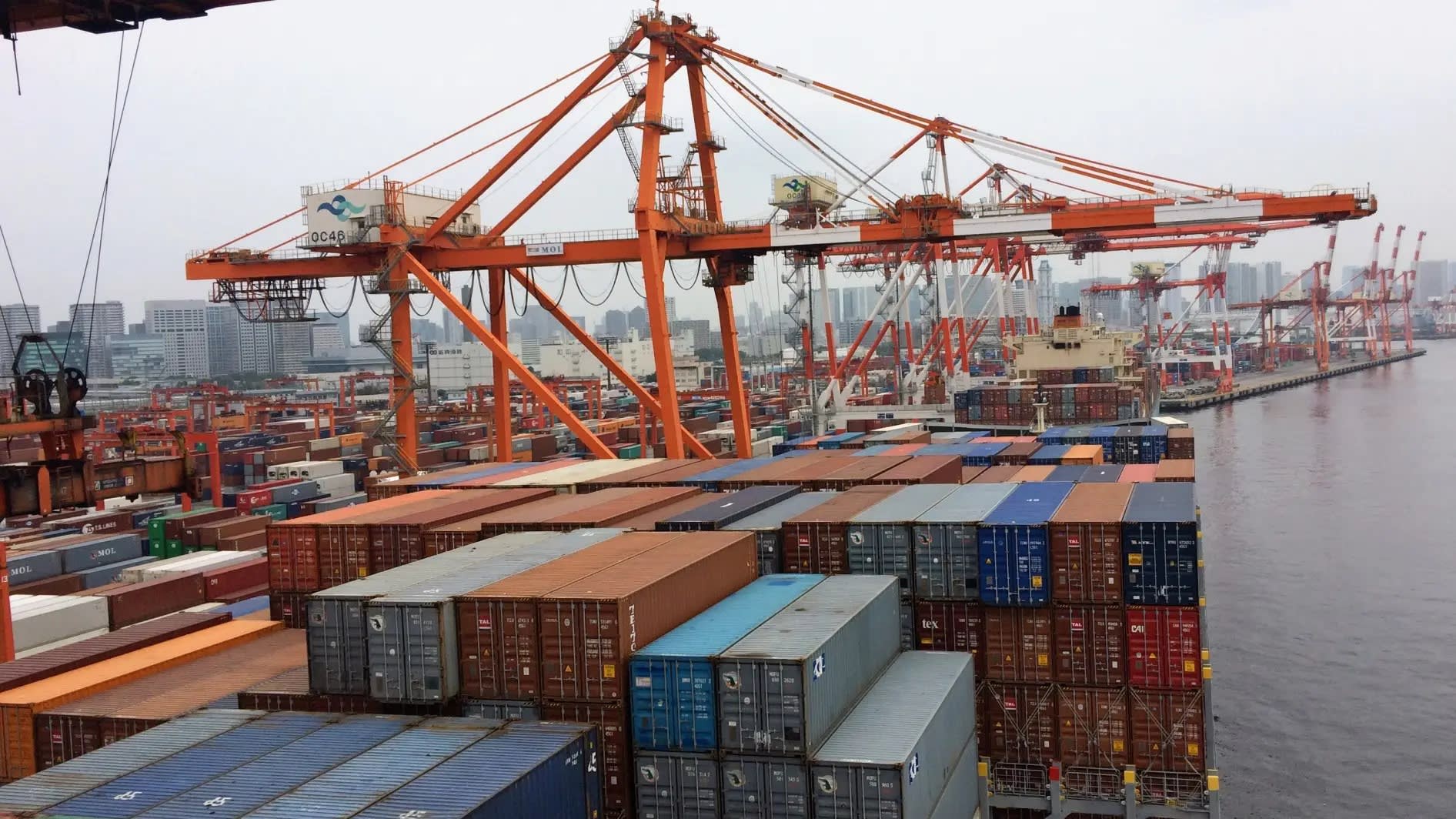 TOKYO -- Japan's exports in January fell at the fastest pace in more than two years due to weak demand from China, highlighting the headwinds facing the country's trade-sensitive economy.

Exports fell 8.4% from a year earlier to 5.57 trillion yen ($50.2 billion), the Finance Ministry said Wednesday, a steeper decline than economists had expected. That was the sharpest drop since a 10.3% fall in October 2016.

Koya Miyamae, an economist at SMBC Nikko Securities, said the fall was due to a combination of weakness in China's domestic economy and uncertainty over the U.S.-China trade dispute. The former led to lower shipments of capital goods, such as industrial machines, while the latter stifled demand for intermediate materials like plastics and metals used to make products exported from China to the U.S.

"While there are signs that the U.S. and China are moving closer to a trade deal, that does not necessarily mean that exports will fully recover," Miyamae said. "If there are signs of structural weakness in the Chinese economy, there may be a broader restructuring of Japan's export strategy." January trade statistics tend to be volatile, as Chinese New Year, which falls in February, begins on different dates each year, causing changes in China's imports before the holiday.

But weak exports are weighing on Japan's economic growth at a time when domestic consumption remains sluggish. Gross domestic product in the October to December quarter grew 1.4% from a year earlier, mainly due to a rebound from natural disasters in the previous quarter, but exports remained subdued.

"While we still expect domestic demand to pick up ahead of the sales tax hike, the risks to our forecast of a 1% increase in GDP this year are tilted to the downside," said Marcel Thieliant, an economist at Capital Economics.