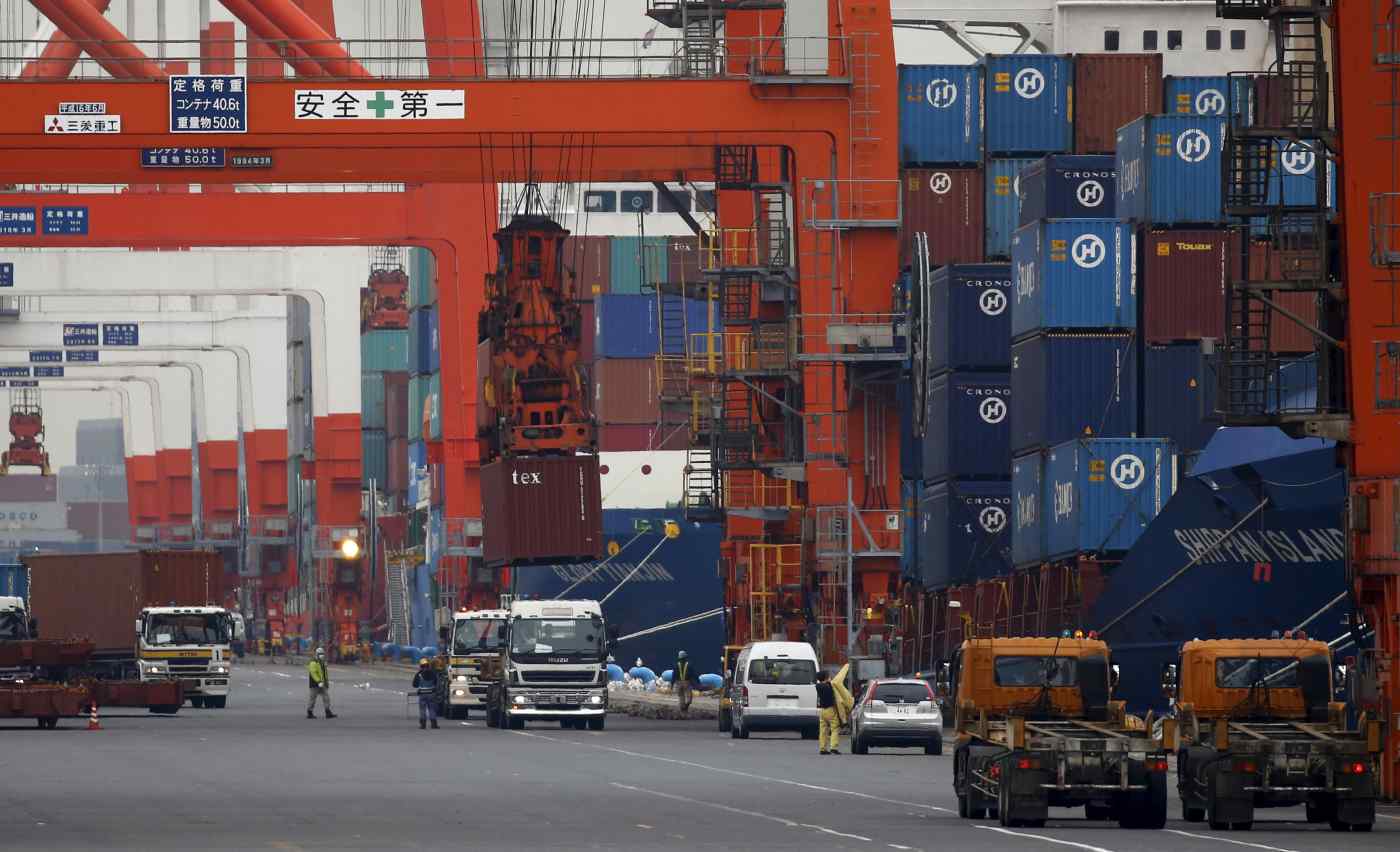 TOKYO (Reuters) -- Japan's exports posted their strongest growth in more than three years in March, led by a surge in China-bound shipments, in a sign the economic recovery from last year's deep coronavirus slump remains intact.

However, the trade data is unlikely to completely ease worries about the fragile recovery of the world's third-largest economy, which took an enormous hit from a collapse in global trade due to the pandemic in the first quarter of 2020.

Ministry of Finance data showed on Monday exports surged 16.1% in March from a year earlier, marking the steepest rise since November 2017. That was better than an 11.6% jump expected by economists in a Reuters poll, and followed a 4.5% contraction in February.

"The rebound in exports slowed significantly across Q1 and external demand is unlikely to provide much of a tailwind to growth this year," said Tom Learmouth, Japan economist at Capital Economics.

"The impressive annual figure was down to base effects from the weakness in exports in March 2020."

The exports surge was also marked by especially strong shipments to Japan's largest trading partner China, while the pace of recovery in firms' exports to the United States remained relatively slow, said analysts.

"Most exports to China aren't very high-tech, and there's the possibility there will be restrictions amid rising U.S.-China tensions," said Takeshi Minami, chief economist at Norinchukin Research Institute.

Shipments to China, Japan's largest trading partner, soared 37.2% in the year to March, led by nonferrous metals and plastic materials, and also boosted by stronger exports of semiconductor machinery.

However, Japan's economy was likely to face headwinds from a slower recovery in U.S.-bound shipments, which tend to add more value than those exported to China and elsewhere in Asia, for at least another couple of months, he added.

Exports to the United States, the world's top economy, rose 4.9% to post their first year-on-year gain in five months, as strong demand for cars and construction machinery such as bulldozers offset lower shipments of aircrafts.

Shipments to Asia as a whole gained 22.4%, while those to the European Union advanced 12.8% in March.

The trade data follows the Reuters Tankan poll on Friday that found confidence among Japanese manufacturers rose to a more than two-year high in April as strong demand in the electronics market boosted prospects for exporters.