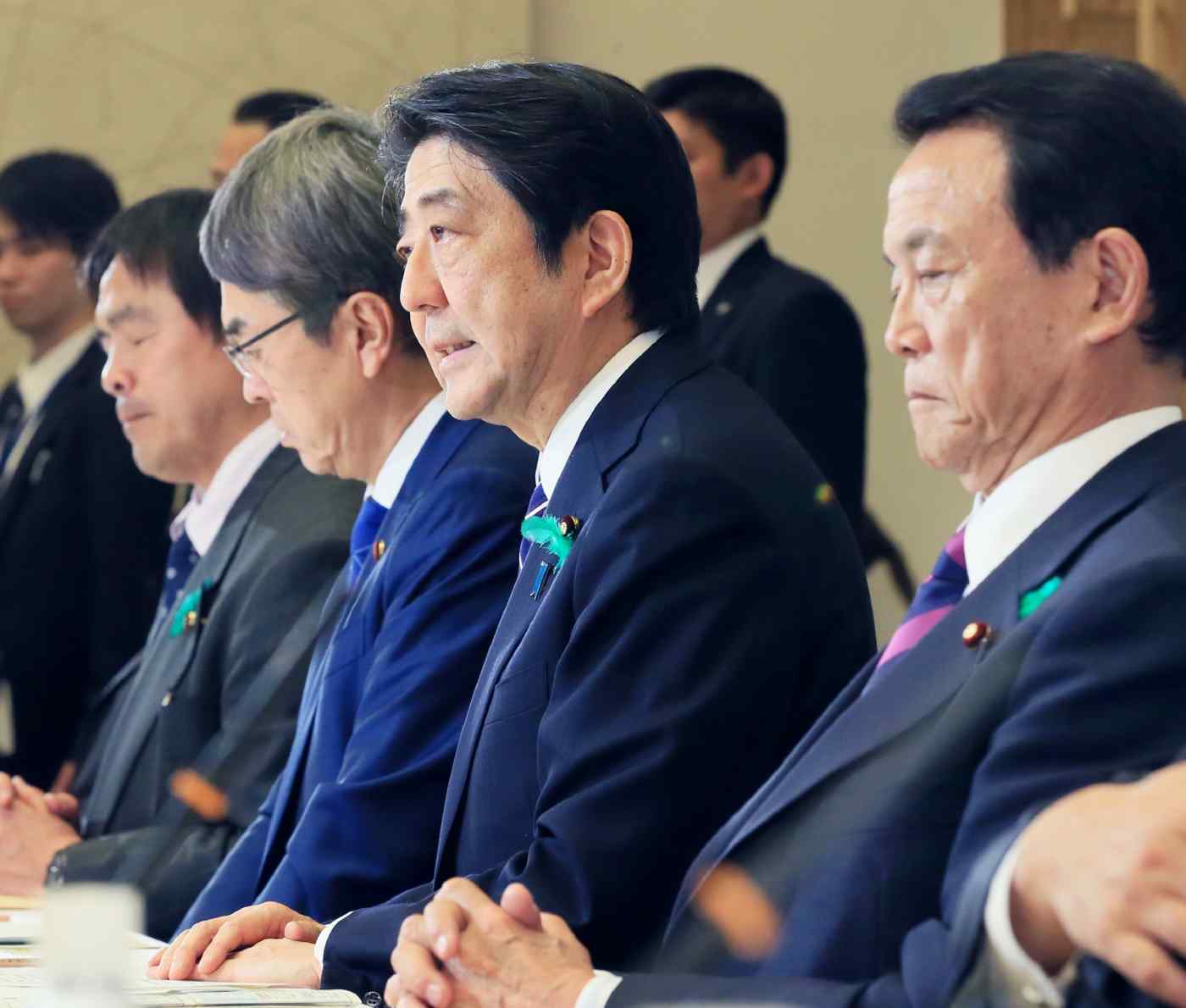 TOKYO -- A government committee has proposed a new approach to boosting Japan's competitiveness.

The Industrial Competitiveness  Council on Thursday suggested two new mechanisms with which to kick-start structural reforms. The first is a backcasting approach.

In a draft proposal, the council suggested the government first set long-term goals based on conversations with the private sector, then count backward to draw and implement specific reform plans. The second is a business-oriented approach to cutting regulatory and administrative costs.

The proposals appear to reflect the government's frustration with a lack of notable progress toward structural reforms and its struggle to keep pace with rapid advances in technology.

"In the fourth industrial revolution, speed is key," Abe responded. The government "will decide on necessary measures right now right here without delay."

And at the end of the meeting, Abe announced the measures. The government, he said, "will work to allow driverless cars on expressways and transportation services by such cars by 2020, when Tokyo hosts the Olympic Games."

Japan had been slow in creating a legal framework for autonomous vehicles despite an ever-accelerating global race to commercialize the technology. But since Abe set the 2020 deadline, relevant ministries have hastened their work and the National Police Agency in April published tentative guidelines for testing autonomous vehicles on public roads.

"I thought the [backcasting] approach really works," said a ministry official who took part in writing the latest draft proposal, looking back on the November episode. The draft proposal points out that there are limitations to the conventional manner in which structural reform is undertaken. It also talks about the difficulty of foreseeing what innovations the fast-paced fourth industrial revolution will throw our way next. A moment's delay, the proposal says, could spoil everything.

The council suggests that the government use the backcasting approach when the speed of growth hinges mostly on regulation, such as internet of things technologies and artificial intelligence.

The second mechanism -- an approach to cutting regulatory and administrative costs -- has its model in Europe. It is a way of reducing complicated rules and red tape by measuring workloads and setting numerical reduction targets as well as deadlines for achieving the targets. Under the mechanism, progress is reported and reviewed to measure its effectiveness. The U.K., Germany and the Netherlands each cut unnecessary red tape by more than 20% over a few years using the approach.

If the approach helps reduce the time and number of people needed for inspections, examinations and other administrative procedures -- not to mention obtaining permits and licenses -- Japanese companies will benefit and foreign companies may be more willing to enter the Japanese market.

However, including this proposal in the draft faced strong opposition. Critics say setting numerical targets and deadlines is tantamount to ministries giving up on many existing regulations and ceding their administrative powers.

On April 4, a private-sector member of the government's Council on Economic and Fiscal Policy suggested that administrative services and efficiency should be improved by 20% within a year. But due to a strong backlash from ministry officials questioning the method's effectiveness, the council had to back away and significantly change the language. Its working-level paper, published on April 25, does not include a proposal for setting numerical targets and deadlines.

The latest draft proposal by the Industrial Competitiveness Council also falls short of calling for numerical targets and deadlines. Instead, it calls on the government to "reach a consensus within a year" on how to drastically streamline regulatory and administrative procedures for foreign businesses hoping to invest in Japan. Although no specific figure or deadline is included, several members of the council are still calling for expedited structural reforms.

This is not to say that backcasting is on a fast track. If goals are not properly set, deregulation measures designed to achieve them may end up wide of the mark. The key is for a new public-private conference on the fourth industrial revolution to understand the fast-changing needs of industry and swiftly reflect them in structural reforms.

In a rapidly changing world where new services -- ride sharing is one example -- can spread across borders in an instant, the government needs to swiftly react and rewrite regulations.