Japan fertility rate drops to the lowest level in 12 years

Number of births falls below 900,000 2 years ahead of expectations 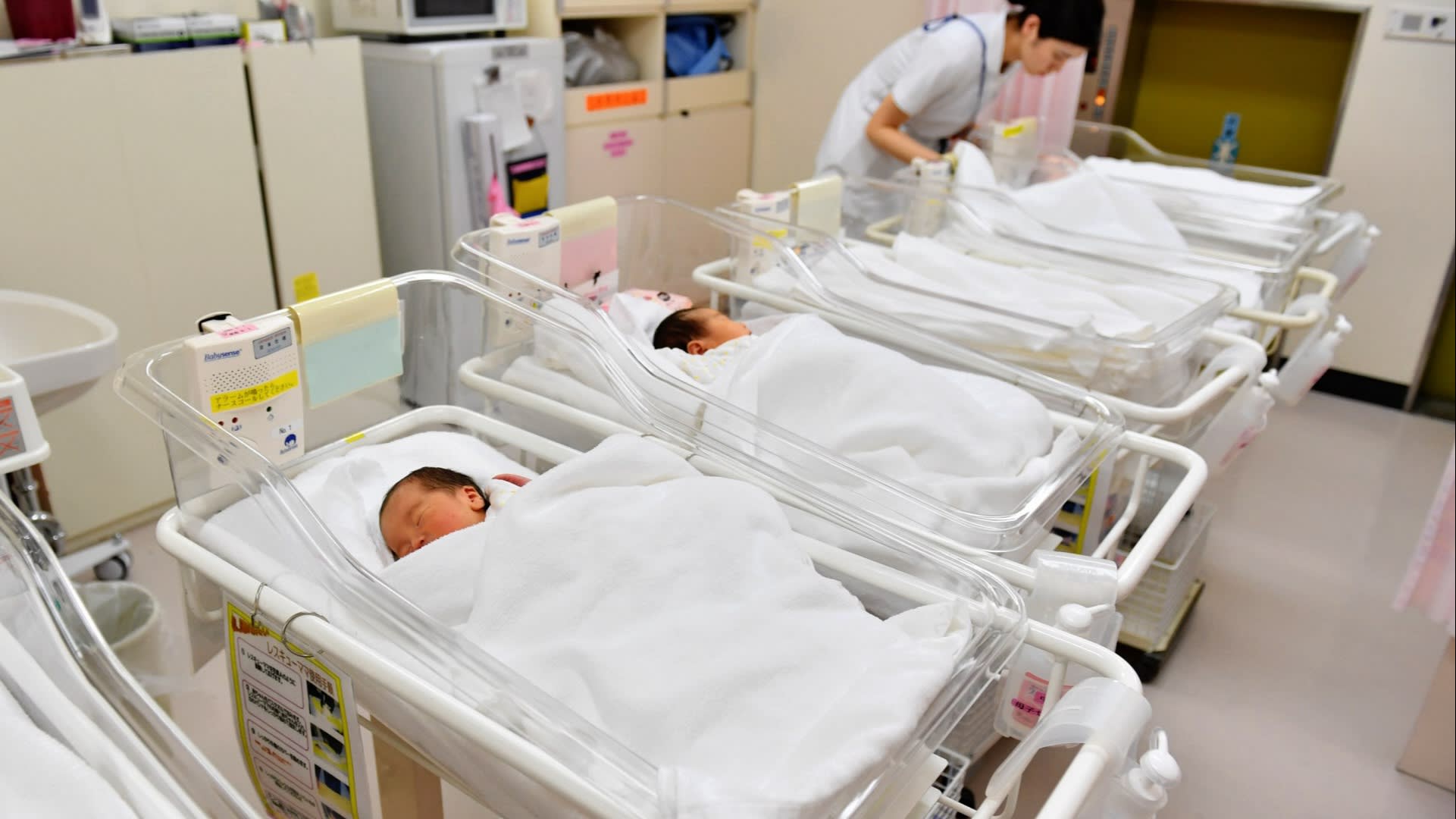 The number of births fell across all age groups, with the decline being the most significant among women in the 25-39 age bracket.
Nikkei staff writersJune 5, 2020 15:26 JST | Japan
CopyCopied

TOKYO -- Japan's fertility rate fell for the fourth straight year, highlighting the grave challenge facing one of the world's most rapidly aging societies.

The country's total fertility rate, the average number of children a woman gives birth to, was 1.36, a decline of 0.06 from the previous year. The figure is the lowest it has been since 2007.

The number of births, meanwhile, has decreased to a record low 865,234.

The birthrate is declining at a pace faster than the government outlook predicted.

Japan's birthrate dropped to 1.26 in 2005, then increased to 1.45 in 2015. After 2016, the number again began declining as many Japanese married later in life while others remain single.

The country's birth rate is dropping faster than estimates by the National Institute of Population and Social Security Research, which in 2017 expected a rate of 1.42 for 2019.

In another reverse milestone, the number of births in 2019 fell below 900,000 for the first time. Forecasts had been expecting this to happen in 2021.

The number of births fell across all age groups, with the decline being the most significant among women in the 25-39 age bracket.

Japan's "baby boomer juniors" are now in their late 40s, and the number of women in their childbearing years is declining.