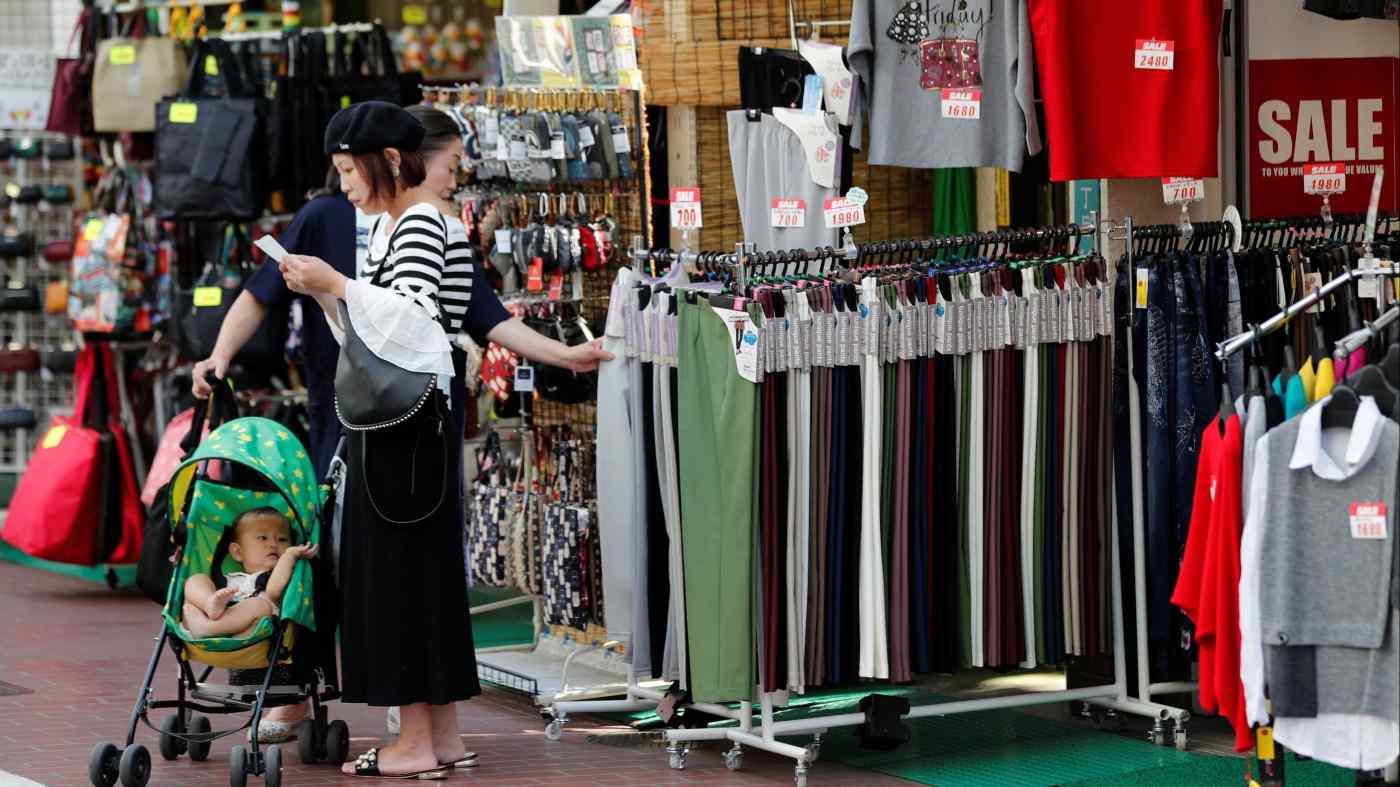 TOKYO (Reuters) -- Japanese household spending fell for a second straight month in November, government data showed on Friday, reflecting a pullback in private consumption after the October sales tax hike, although the pace of decline slowed.

The world's third-largest economy is struggling to regain momentum after households tightened their belts following the sales tax hike in October and as slower global demand hit exports.

A pick-up in consumer spending is needed to help underpin the economy and achieve the Bank of Japan's elusive price target.

Although some companies started passing on rising costs to households, many are still reluctant to do so for fear of losing customers as higher prices could dent consumer spending.

Household spending fell 2.0% in November from a year earlier, bigger fall than a median forecast for a 1.7% decline.

From the previous month, it rose 2.6%, which compared with the median estimate for a 3.4% month-on-month gain and was a rebound from the steep 11.5% monthly drop in October.

Japan raised the sales tax to 10% from 8% on Oct. 1, a move that is seen as critical for fixing the country's tattered finances.

But recent weak data on exports and factory output as well as impacts from the tax hike suggest the economy could shrink in the fourth quarter.

Weak household spending also bodes ill for the economic recovery, with some analysts expecting consumer spending to contract in the current quarter.

Sluggish wage recovery is adding to worries about private spending, with inflation-adjusted real wages declining at their fastest pace in four months in November.

A central bank survey showed Japanese households' confidence in the economy sank to a five-year low in the three months to December.

Japan launched a $122 billion fiscal package last month to support stalling growth and as policymakers look to sustain activity beyond the 2020 Tokyo Olympics.