Reading of 3.0% for August raises concerns over post-COVID outlook 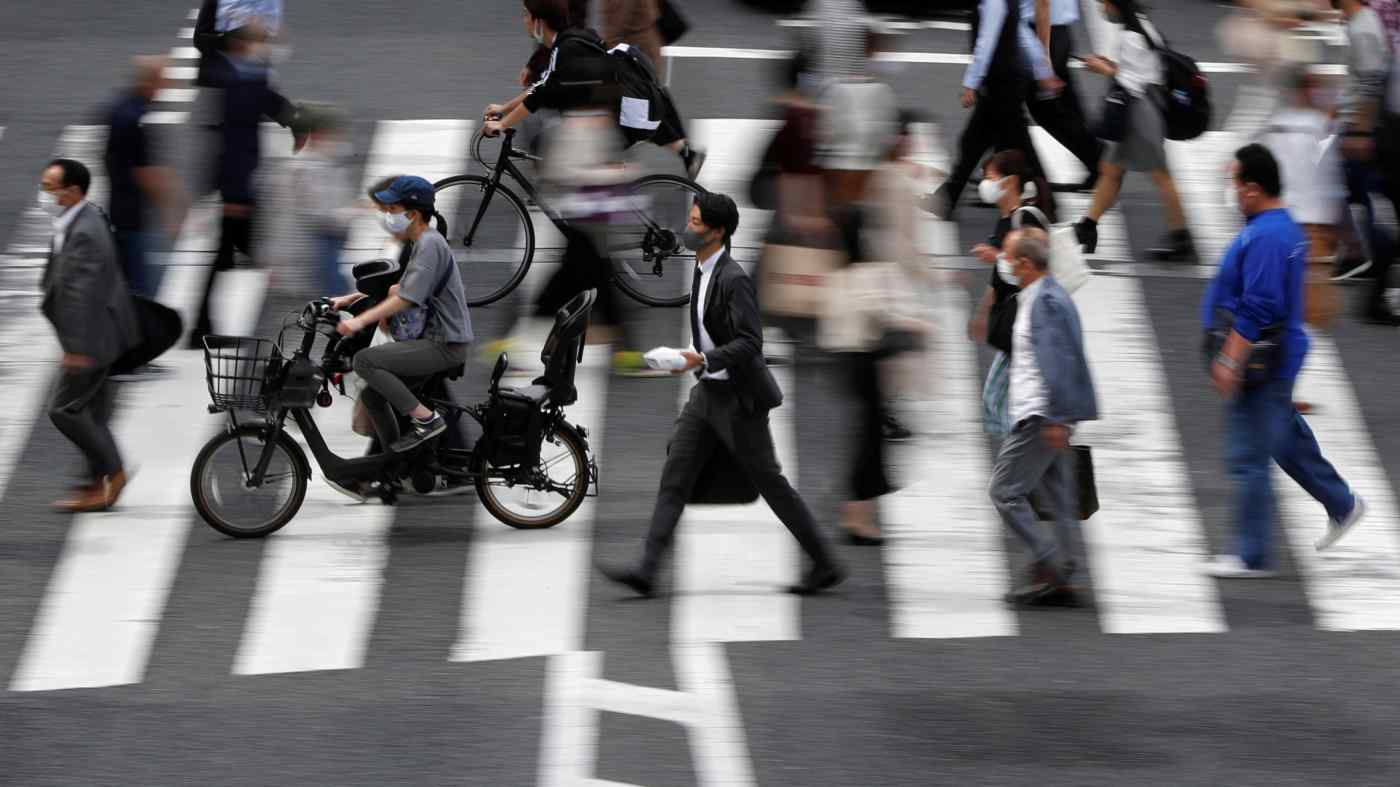 TOKYO -- The jobless rate in Japan stood at 3.0% in August compared with 2.9% in July, data from the Statistics Bureau showed on Wednesday, amid a fragile economic recovery following the deep recession sparked by the coronavirus.

The August reading is the highest since 3.1% in May 2017, underlining a reversal of the decadelong downtrend in the unemployment rate under former Prime Minister Shinzo Abe's economic growth program, known as Abenomics.

"The coronavirus pandemic has damaged personal services sectors, such as dining and leisure -- labor-intensive businesses that had provided the bulk of the employment," explained Hiroshi Watanabe, senior economist at Sony Financial. The manufacturing sector hires far fewer people.

"Even as the auto industry rebounded on stronger exports, restaurants are still struggling, leaving recovery in the jobs market weak," Watanabe said.

Other economic data, such as the Bank of Japan's quarterly Tankan survey released on Thursday, also underscore the diverging fortunes of industries. Cutting-edge IT sectors have recovered on growing demand for remote work and digital technology, while traditional businesses have struggled, creating a bipolar economy.

More workers have been called back after being furloughed during the country's state of emergency in April and May. But Japan's economic recovery was hindered by a second wave of infections in July and August.

The unemployment rate had been tempered by the fact that many workers left the labor market and stopped looking for jobs when the pandemic sparked the national state of emergency and government requests for working at home. Friday's data shows that people returned to the labor force for the fourth consecutive month in August, but the jobs market isn't recovering as fast, resulting in upward pressure on the unemployment figure.

Most countries saw moderate improvements in their jobless rates during August, including Australia, the U.S. and South Korea.

But the outlook remains uncertain in Japan, with lingering concerns about the pandemic depressing business and consumer sentiment as well as hurting tourism. People remain cautious about spending, despite stimulus by the government.

Furthermore, the skills required for the "coronavirus new normal" are often different from those in the precrisis period. Workers with digital knowledge are more in demand. Those with experience in face-to-face services, such as restaurant servers, are not, Sony Financial's Watanabe pointed out.

Many of the unemployed are women who held temporary positions. It will be more difficult to bring such workers into the new digital economy, suggesting that "higher unemployment is likely to persist," he said.

The government has introduced job protection subsidies to encourage businesses to retain workers -- especially full-time ones. Japanese companies also generally place more emphasis on job protection, compared with overseas peers, though they also tend to be more cautious about hiring new workers when the economy recovers.

In the U.S., by contrast, businesses are more willing to resort to layoffs and furloughs, but bring back workers when conditions improve, resulting in sharp swings in the unemployment rate. The U.S. jobless rate fell to 8.4% in August, after rising as high as 14.7% in April.

Japan's ratio of job openings to applicants, a leading indicator of the employment market, stood at 1.04 in August, compared with 1.08 in July, according to labor ministry data released the same day. This is the weakest reading in more than six years.

Still, the reading of above 1 indicates that more jobs are available than the number of people seeking employment. Workers are in short supply for sectors such as supermarkets, nursing homes and delivery companies, even as the rest of the economy struggles with slow sales.

Japan's chronic labor shortage lifted the ratio to 1.63 at one point last year, the highest in nearly half a century.