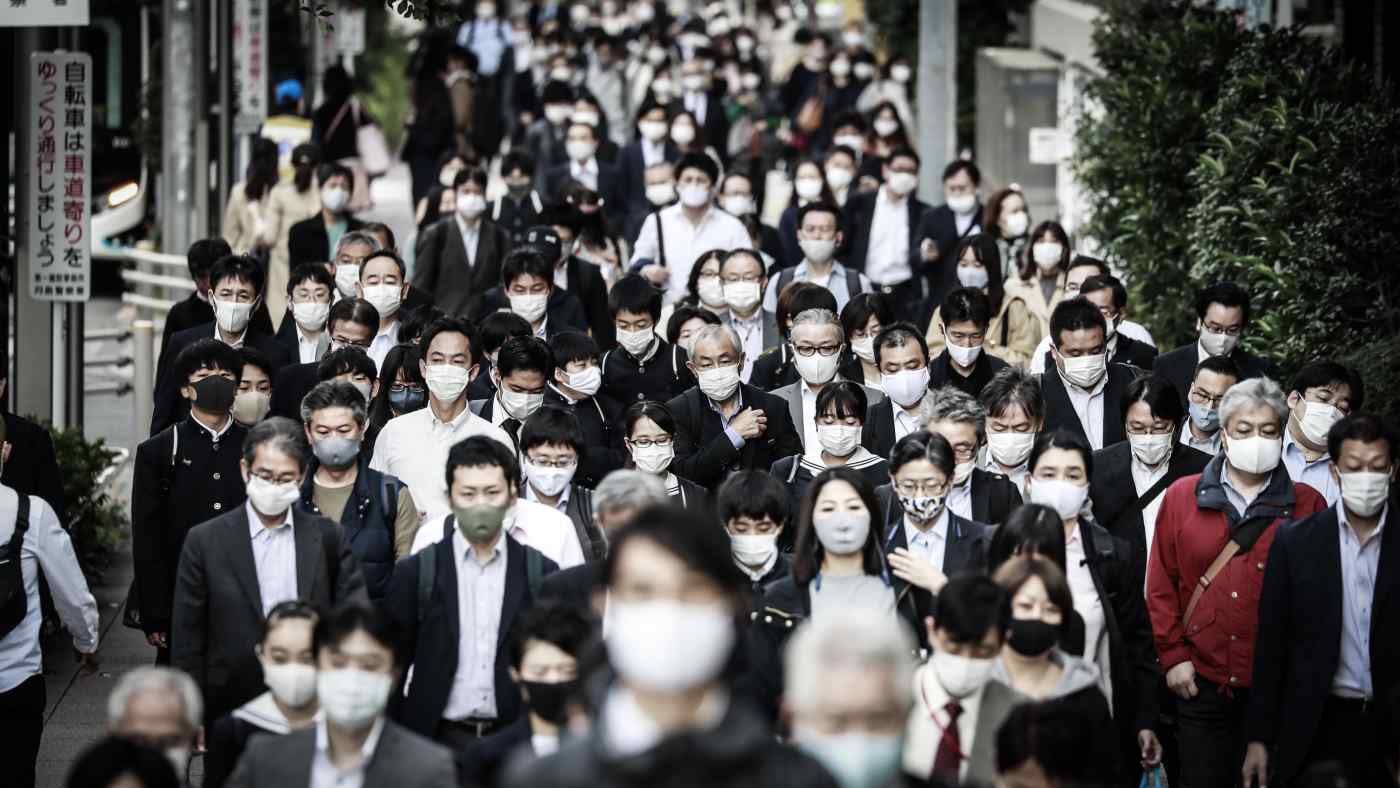 Although economists predict the labor market may worsen for job seekers near year's end, many expect the downturn to be milder than in previous big recessions. (Photo by Taro Yokozawa)
MITSURU OBE, Nikkei staff writerDecember 1, 2020 08:41 JSTUpdated on December 1, 2020 11:33 JST | Japan
CopyCopied

TOKYO -- Japan's unemployment rate for October rose to 3.1% from 3.0% in September, the highest since May 2017, the statistics bureau said Tuesday, as more people returned to the labor market amid a sluggish jobs outlook.

"Demand for part-time jobs slowly picked up in sectors such as restaurants in October," said Takuya Hoshino, economist at Dai-ichi Life Research Institute.

Large corporations, such as airlines, have worked hard to avoid redundancies this year, by loaning employees to other industries. But such efforts will be difficult to sustain if the slump becomes prolonged. The spread of job losses to regular workers from non-regular ones would be a warning signal for the economy, Hoshino said.

Meanwhile, job availability in Japan improved from a seven-year low, as the economy rebounds from the coronavirus-induced recession.

The ratio of job openings to applicants, a leading indicator of the labor market, stood at 1.04 in October, up from 1.03 in September, in the first rebound in 18 months.

Economists warn that labor demand could slow in November, when the latest wave of coronavirus infections began in Japan.

The job availability gauge hit 1.63 last year, its highest in 45 years, due to the nation's shrinking and aging population.

In past economic cycles, the job availability gauge has fallen as low as 0.5 at the trough, including after the 1973 spike in oil prices and the global financial crisis in 2008. But the situation is not expected to worsen as much in the current downturn, in part because of government efforts to support employment and because of the shrinking labor pool.

However, economists predict the ratio could fall below one as the end of the year nears if coronavirus infections curtail economic activity.

Labor demand has been slow to recover in sectors hit hard by the pandemic, including restaurants, hotels and retailers. By contrast, demand is strong in construction.

Japan's gross domestic product rebounded 5.0% in the July to September quarter from the preceding three months, following a decline of 8.2% in April to June.