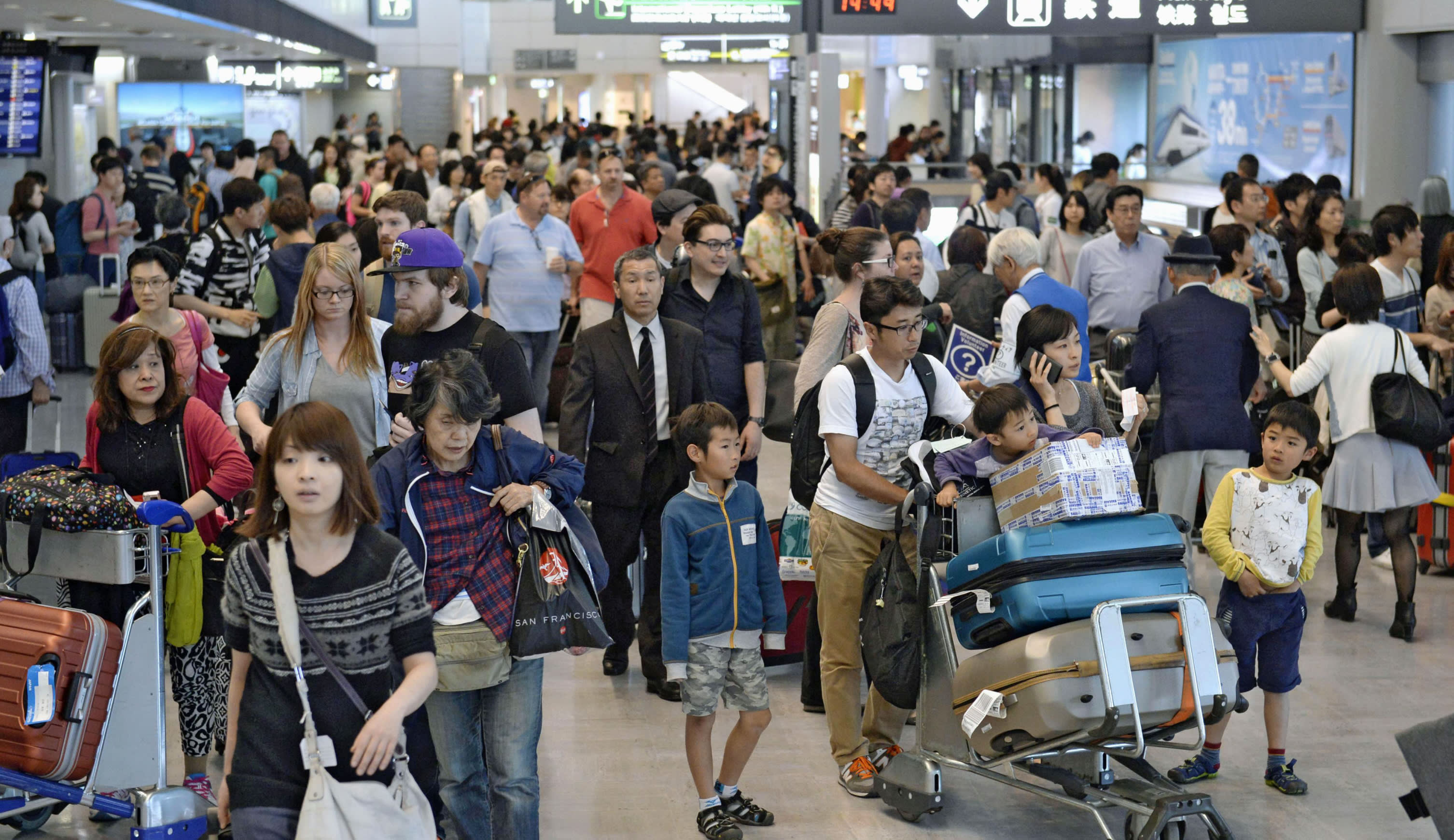 The arrival lobby at Narita Airport, near Tokyo, is getting more crowded by the year as Japan becomes a hot tourist destination.   © Kyodo

TOKYO -- The Japanese government is talking about introducing a departure tax of 1,000 yen ($8.76) on anyone, including foreigners, leaving the country.

Officials from the Japan Tourism Agency and Finance Ministry who are discussing the tax appear to favor that it take the shape of a surcharge on airfare.

Anyone buying an airplane ticket out of the country would have to pay the surcharge. Since about 40 million people take trips out of Japan every year, the levy is expected to initially bring in an annual 40 billion yen.

The revenue will go toward upgrading immigration facilities so the government can tighten security checks at airports, through which record numbers of inbound tourists are passing.

The revenue is also being eyed to help the government develop tourist spots and improve the visitor experience around designated cultural sites.

Related bills will be debated next year, and the government hopes to introduce the tax in the fiscal year through March 2020.

The government has a target of attracting 40 million foreign tourists by 2020, the year of the Tokyo Olympics, and 60 million by 2030.