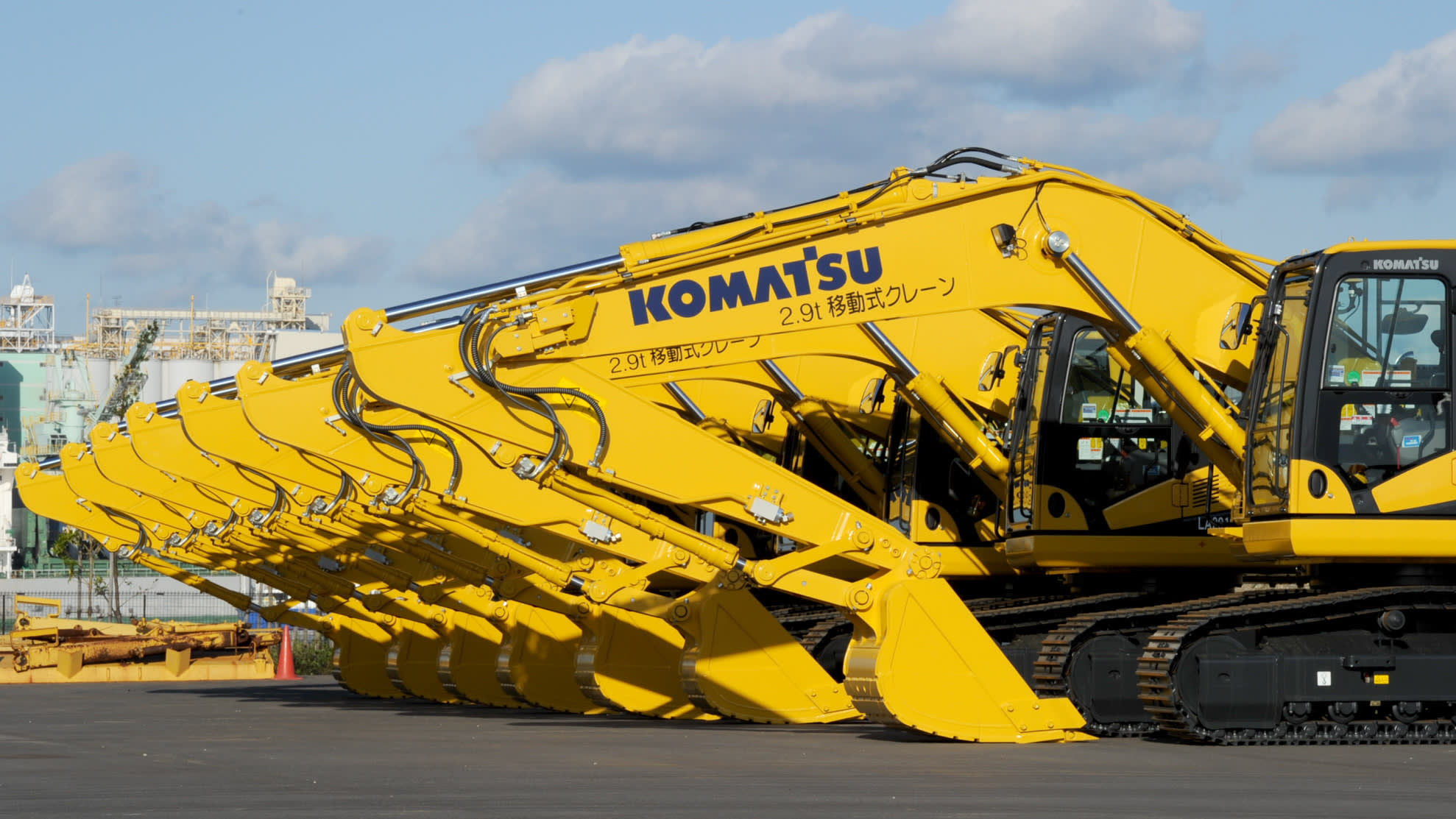 TOKYO -- Japan's machinery industry is searching for its next growth engine as China's buying spree seems to be winding down.

Robust demand in China has long kept business humming for Japanese manufacturers of construction machinery, machine tools and industrial robots. But the business environment increasingly looks murky amid the trade spat between Beijing and Washington.

Shipments of construction machinery rose 8.5% on the year to 1.35 trillion yen ($12 billion) in the January-June period, the Japan Construction Equipment Manufacturers Association said Tuesday. Exports showed 21% growth but were apparently slowing down, due partly to weakening investment in fixed assets and tighter environmental regulations in China.

Chinese demand for excavators has cooled considerably, according to Hitachi Construction Machinery, rising just 32% on the year in June compared to around 100% growth seen in many months last year.

Komatsu reported that the average hours of construction machinery use in China fell for five straight months through June on a year-on-year basis.

China also casts a shadow over machine tools. Although orders rose 11.4% on the year to 159.2 billion yen in June, a record for that month, their growth was losing steam, shows data from the Japan Machine Tool  Builders' Association. Chinese orders sank 7.7%, dropping for a fourth straight month. Large orders from contract manufacturers of devices like smartphones probably shrank.

Industrial robots are in a similar situation. Orders edged down 0.6% on the year to 68.8 billion yen in June, falling for the first time in two years, according to the Japan Robot Association. Exports of chip-mounting devices to China weakened.

There is even concern about orders from the auto industry, which has been in better shape than smartphones lately. "Exports from Japan have a time lag," said Fanuc Chairman and CEO Yoshiharu Inaba. "I sense that that there is growing caution within the Chinese market."

He added that Chinese customers want to wait and see the impact of trade tensions between Beijing and Washington.

Given such an environment, Japanese manufacturers are turning their attention to the next earnings source. The construction machinery sector has seen rising demand for mining equipment as resource prices pick up and the hunt for metals used in electric vehicles and electronic components regains momentum.

"Shipments of mining equipment to countries like Indonesia have grown," said an industry insider.