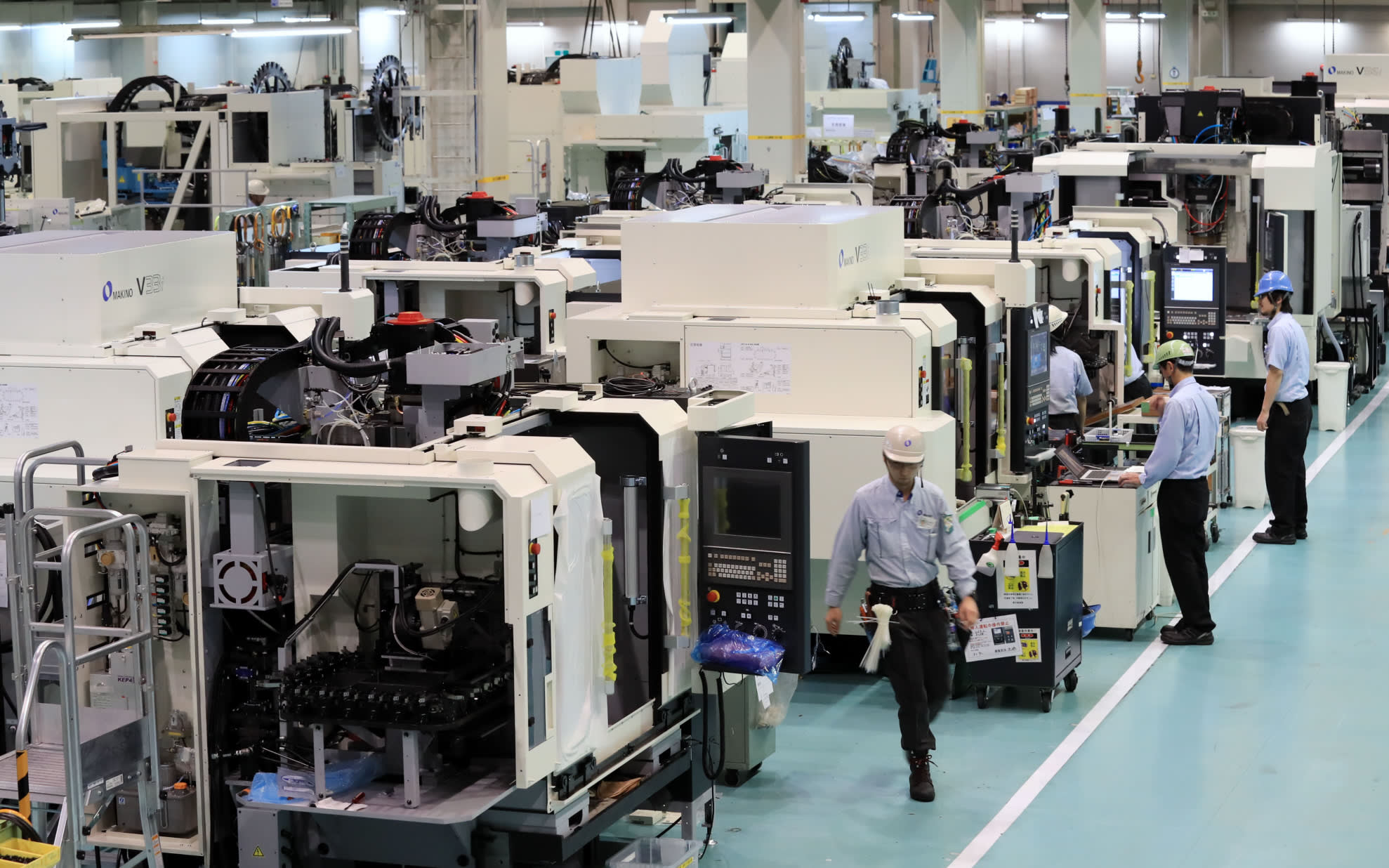 Capital expenditure has been a bright spot in the economy as machinery orders marked their biggest month-on-month gain.
August 14, 2019 09:46 JST | Japan
CopyCopied

The orders, which exclude ships and those placed by electric utilities due to their volatility, rose 13.9 percent from the previous month, the most since comparable data became available in April 2005. They totaled 960.3 billion yen ($9.0 billion), the largest amount since last August.

The Cabinet Office maintained its assessment that the orders, seen as a leading indicator of capital expenditure, are showing "signs of picking up."

An official who briefed reporters said while the data showed solid domestic demand, the office had taken into consideration that the record increase followed a 7.8 percent decrease in May.

"The data is prone to swing from month to month, so we take that into account," she said, adding that impact from the trade war between the United States and China was unclear.

Four big-ticket orders for railway cars significantly boosted the figures, pushing up demand from the transport industry, the official said.

Orders from nonmanufacturers, minus ships and those from electric utilities, soared 30.5 percent to 614.7 billion yen, also pushed up by the financial and information service sectors.

From manufacturers, meanwhile, orders fell 1.7 percent to 364.4 billion yen amid weak demand from makers of telecommunications equipment and production machinery.

Orders from overseas, seen as a bellwether of future exports, were up 6.7 percent to 855.5 billion yen, while overall orders including from the public sector were up 6.3 percent to 2.35 trillion yen.