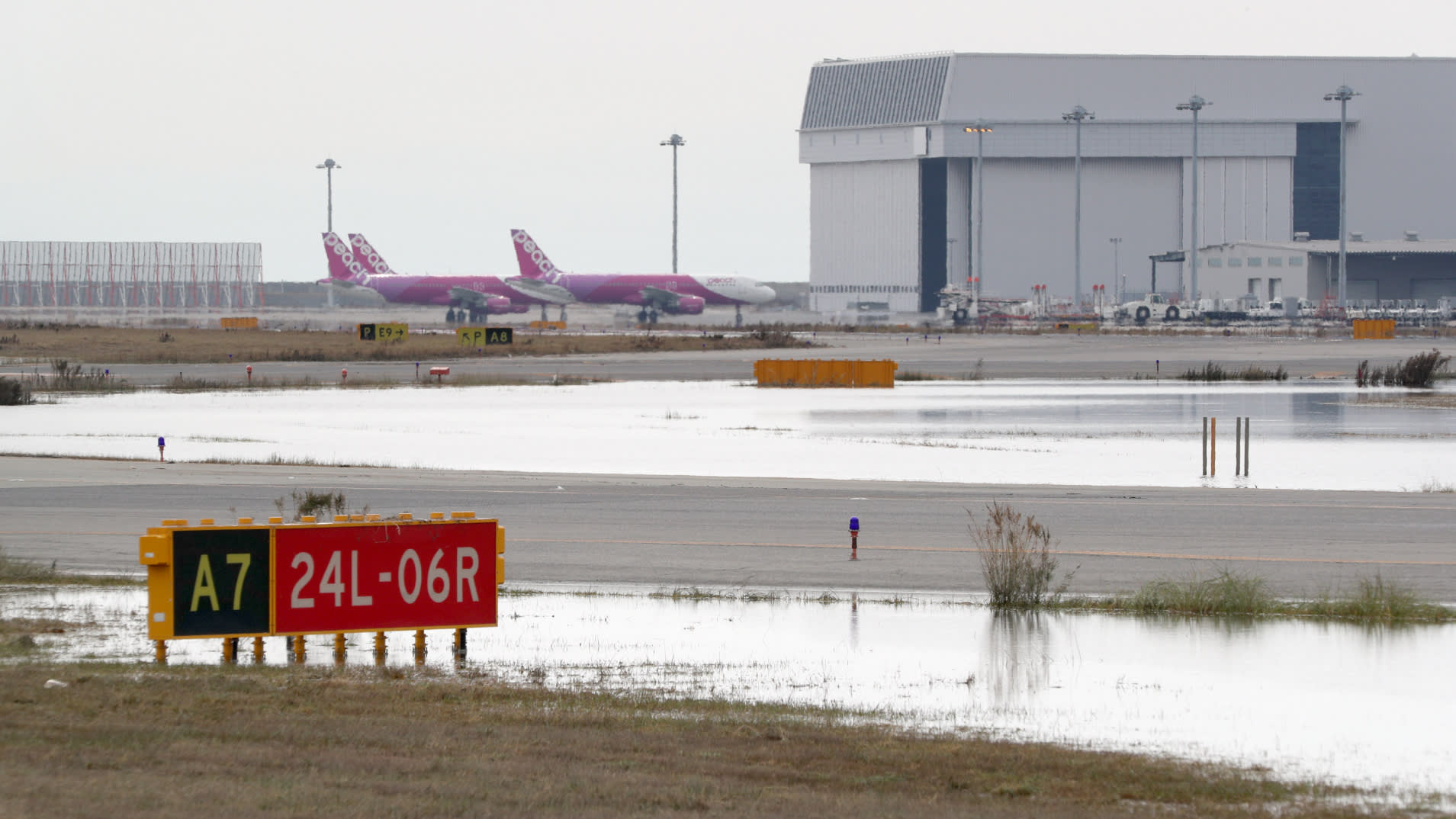 Parts of Kansai Airport remain flooded in the aftermath of Typhoon Jebi, which hit last week. (Photo by Nozomu Ogawa)

OSAKA -- Nearly all companies that fly cargo out of Kansai International Airport near Osaka are redirecting their shipments elsewhere as damage from Typhoon Jebi earlier this month continues to significantly hinder operations at the gateway.

The airport handles an average of 280 cargo flights a week, which transport 32% of Japan's electronic parts exports and 26% of pharmaceutical imports by value. Freight service resumed there Saturday, but less than 30% of the usual flights have resumed due to flooding and other typhoon-related issues.

Given the situation, 28 of 31 major manufacturers -- about 90% -- that ship products out of Kansai are now using Japan's other gateways. Most are diverting shipments to Tokyo-area airports like Narita and Haneda, as well as Chubu Centrair International Airport near Nagoya. One company is halting shipments altogether until Kansai flights restart.

Nearly 40% of the companies said they are experiencing or expecting a negative impact, like reduced output and delays, due to the decrease in cargo flights out of Kansai Airport.

The typhoon has also dealt a blow to tourism. The number of domestic and international passenger flights that arrived at or departed from Kansai Airport on Tuesday came to just over 30% and under 10% of the daily average from fiscal 2017, respectively. The airport is Japan's main gateway for Asian tourists.

All Nippon Airways is currently operating just two flights a day between Kansai Airport and Shanghai, with additional flights between Narita and Beijing to make up for the shortfall. Japan Airlines launched temporary additional service between Narita and Los Angeles, Honolulu and Taipei as an alternative to flights in and out of Kansai.