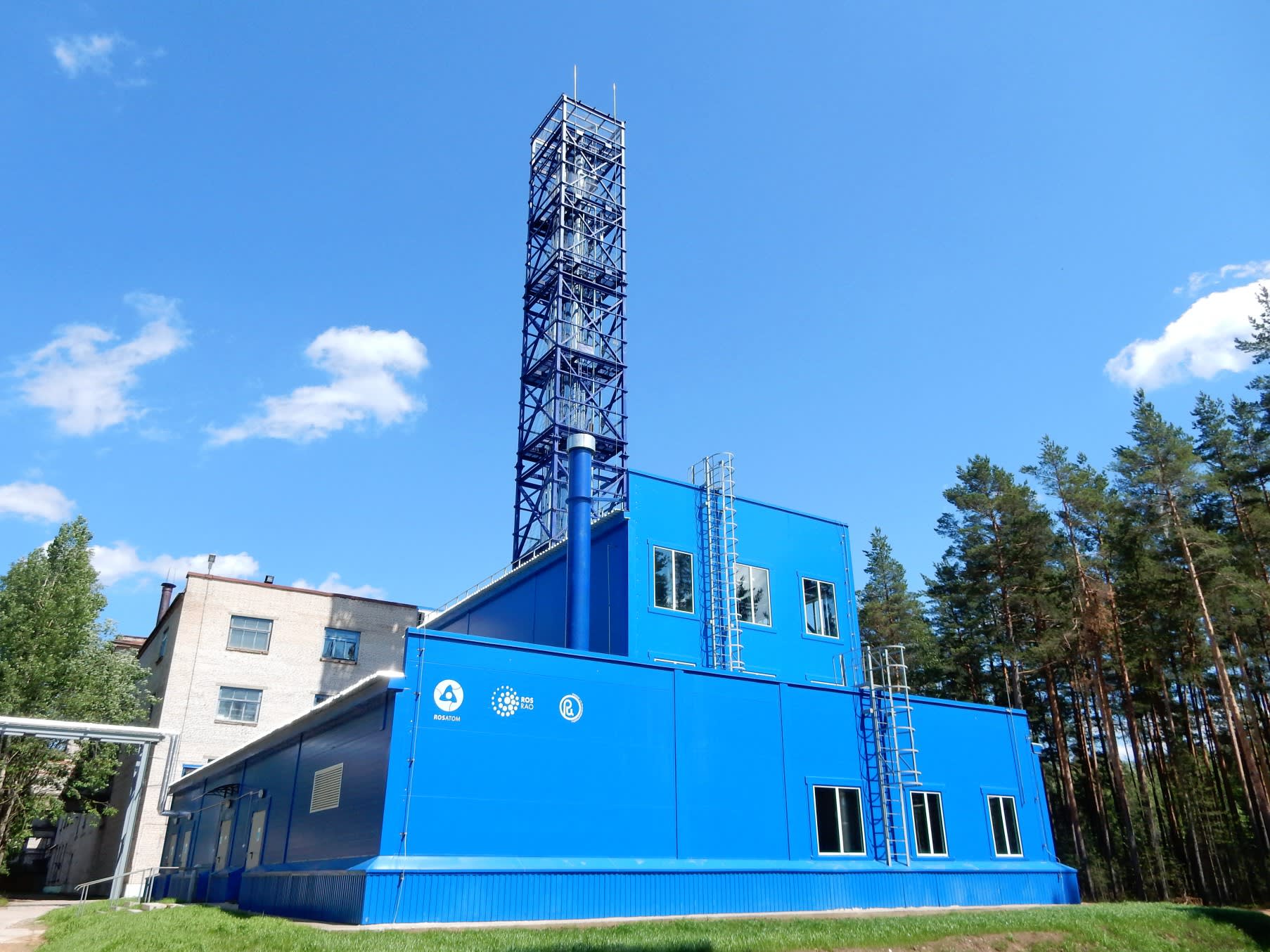 SOSNOVY BOR, Russia -- A Russian state company has offered to help decontaminate radioactive water at the battered Fukushima nuclear power plant and assist in decomissioning reactors. In addition to export revenues, Moscow sees a chance to cozy up to a staunch U.S. ally.

The scrubbing facility, unveiled in June, is capable of removing tritium, or radioactive hydrogen, from nuclear-tainted water, something beyond the capabilities of the Fukushima plant's current cleanup equipment. Distillation and electrolysis isolate and concentrate the isotope, which is then locked away in titanium. Experiments under conditions similar to those on the ground reportedly show the technology cutting wastewater's radioactive material content to one-6,000th the initial level, making it safe for human consumption or release into the ocean.

Duplicating the facility near the Fukushima site and running it for the five years necessary to process 800,000 cu. meters of contaminated water would cost around $700 million in all. Companies in Japan and the U.S. are at work on their own facilities for tritium disposal, but the Russian plan's cost and technological capability make it fully competitive, according to the project's chief.

Rosatom has made other overtures to Japan. Executives from a mining and chemical unit have visited several times this year for talks with Japanese nuclear companies, aiming to cooperate on decommissioning the Fukushima plant and upgrading a reprocessing plant in Aomori Prefecture for spent nuclear fuel. Russia has amassed a wealth of expertise dealing with damaged nuclear reactors in the wake of the Chernobyl disaster, and would like Japan to draw on that knowledge, the subsidiary's chief executive said.

Revving up nuclear technology exports is essential to re-energizing Russia's domestic industry and breaking free of dependence on the resource sector, Moscow has decided. The nuclear business, along with the space industry, is one of the few tech-intensive sectors where the country is internationally competitive. President Vladimir Putin has leaned more heavily on leaders in Europe and emerging countries in recent years to agree to deals with Russia's nuclear companies.

In Japan, the public has grown wary of nuclear energy since the accident, leaving demand for new plants in the country at next to nil. Yet Japan has more than 10 reactors slated for decommissioning, creating a market worth up to 1 trillion yen ($9.42 billion) by some calculations. Russia aims to use cooperation on the Fukushima plant to crack the broader market and grow its influence, a source at a French nuclear energy company said.

Growing momentum toward economic cooperation between Japan and Russia favors that plan. Initially, friction between Moscow and Washington over Russia's involvement in Ukraine deterred Japan from seeking Russian assistance on nuclear matters, given their deep links to national defense. But Japanese Prime Minister Shinzo Abe nevertheless visited Russia in May for top-level talks despite U.S. objections, eager to make progress on territorial disputes over islands north of Hokkaido. Preparation is underway for another summit in the far-eastern city of Vladivostok in September, as well as a visit by Putin to Japan before the year is out.

May's meeting resulted in an agreement to pursue closer economic cooperation, including on cutting-edge technology and in the energy field. So long as Abe is in charge, Russia has high hopes for greater industrial ties with Japan, an executive at a Rosatom affiliate said.