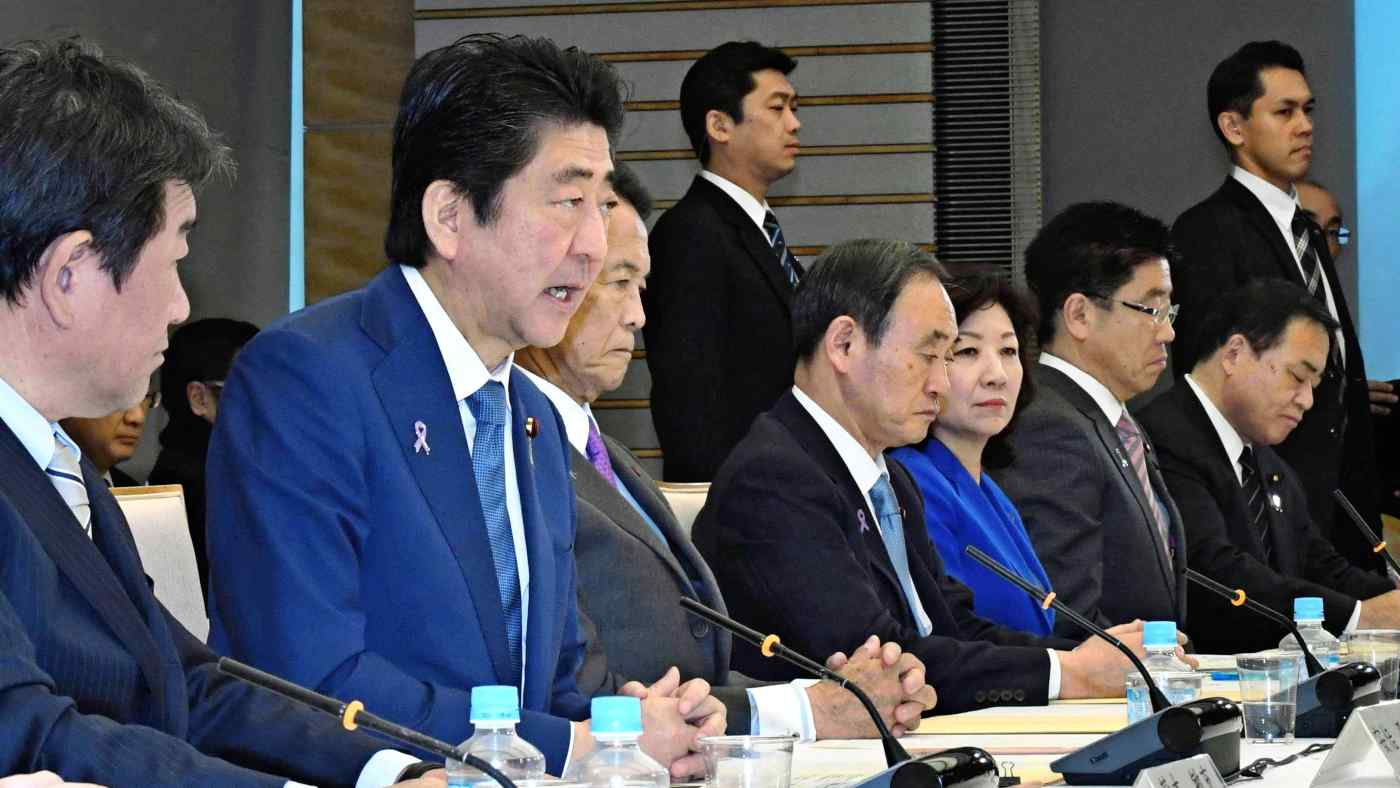 TOKYO -- The Japanese government is considering a tax program that would bring down real tax rates to around 25% for businesses that lift wages or bolster capital investment while stripping away prized deductions from those unwilling to spend.

Prime Minister Shinzo Abe has directed his government to produce "bold" measures, including tax policies, to encourage wage hikes of 3% or more in labor negotiations next spring. While the effective corporate rate is poised to fall to 29.74% next fiscal year, various deductions will help further reduce the burden for those taking advantage of the incentives.

Changes to a set of deductions for enterprises hiking wages is at the heart of the plan, which will be written into omnibus tax overhaul plans for fiscal 2018. Currently, businesses increasing total compensation -- wages plus certain bonuses and fringe benefits -- by a certain percentage compared with fiscal 2012 may deduct a certain portion of the increase from their taxes. Roughly 90,000 companies took the deduction in fiscal 2015, resulting in 270 billion yen ($2.4 billion at current rates) in savings.

Under the plan, enterprises raising wages 3% or more will be entitled to even larger deductions. But the base year will be changed to narrow the field of eligible companies. Hikes could be measured in comparison with the previous fiscal year, for example.

Another set of incentives is being weighed for companies increasing capital investment. The 0.7% tax on small and midsize businesses' fixed assets will be waived for three years starting in fiscal 2018. But exactly how other incentives will work is still under discussion. While one condition could be increasing investment over the previous fiscal year, different investment patterns across industries must also be taken into account. Manufacturers, for example, may invest heavily when machinery comes up for replacement and pull back in other years.

These policies combined aim to cut the real tax burden to around 25% of taxable income, helping management offset the costs of wage hikes and investment.

The government also plans to make raising wages a condition for a number of other incentives, thereby penalizing companies that do not lift pay. The tax code features nearly 100 special policies designed to reward certain behavior, including a write-off for some research and development expenses taken by some 9,000 manufacturers. Losing access to these incentives could fatten tax bills significantly.

But implementing the changes effectively will require caution. If a business were forced to forgo wage hikes by a temporary dip in earnings, for example, losing access to a host of tax incentives could lead to further overhauls or layoffs.