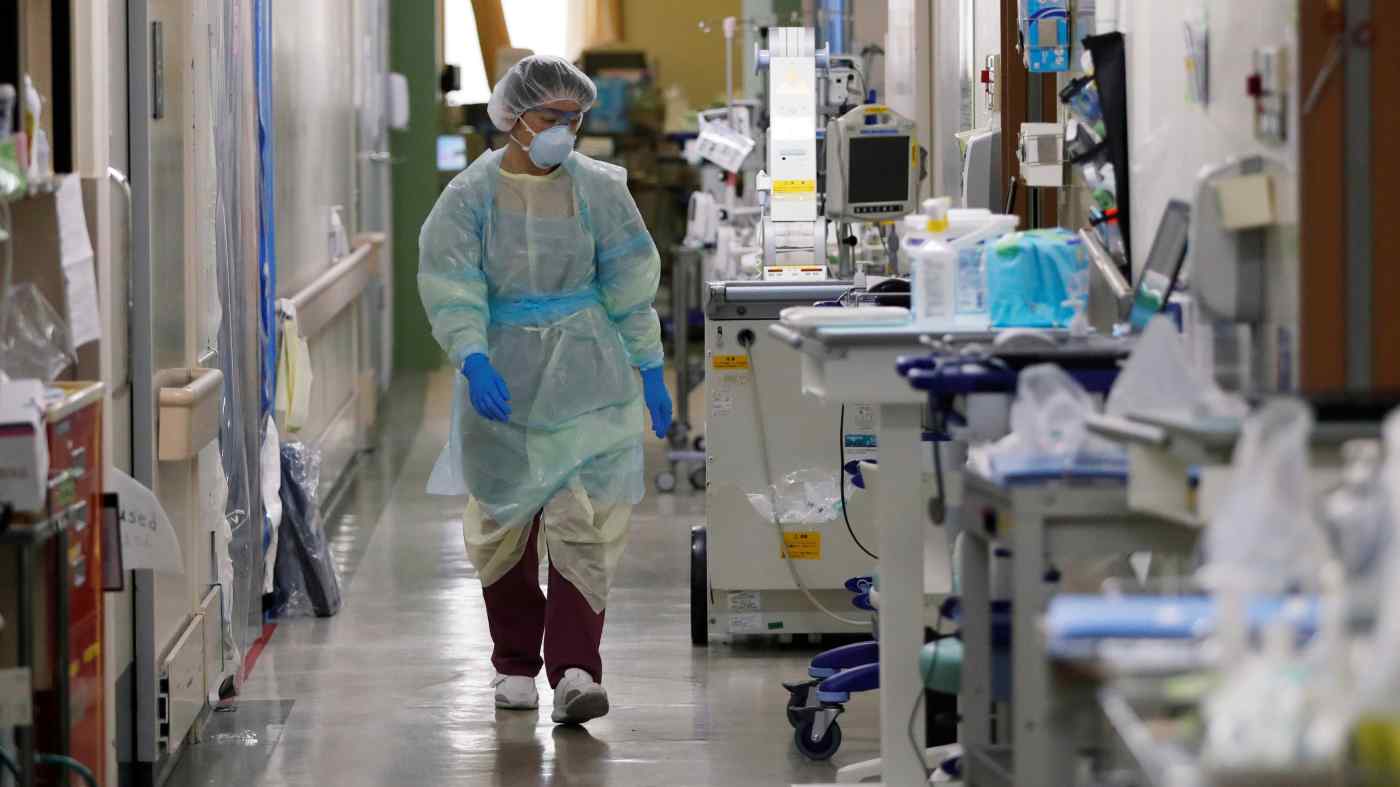 TOKYO -- Japan will compile a third round of stimulus worth roughly 73.6 trillion yen ($706 billion), Prime Minister Yoshihide Suga said on Tuesday, aiming to shore up an economy threatened by a surge in coronavirus cases.

In a morning meeting between the government and ruling parties, Suga said, "We will maintain employment, keep businesses going, revive the economy and make a breakthrough toward growth including through green and digital technology." His Cabinet is set to approve the stimulus later in the day.

The stimulus -- the first put together under Suga -- comes as new cases nationwide have swelled to well over 2,000 a day and Osaka has asked residents to avoid unnecessary trips amid a looming shortage of hospital capacity.

To help deal with the outbreak, the government will boost aid to prefectural authorities to add more hospital beds and otherwise expand medical care capacity. Emergency grants for regional revitalization, which municipalities outside big urban centers can use to support restaurants asked to shorten their hours, will be increased by 1.5 trillion yen.

In the post-pandemic-economy category, a total of 4.5 trillion yen, including fiscal investment and loans, will be contributed to funds that support the development of research infrastructure at universities. Around 1 trillion yen will be secured to promote a digital shift at public schools.

The government will continue to offer subsidies for companies that relocate offshore capacity to Japan. This applies to medical products and other manufactured goods whose production is concentrated abroad.

Small and midsize enterprises that change business formats will have access to subsidies up to 100 million yen. Separately, a 2 trillion yen fund will support research and development in net-zero greenhouse gas emissions.

This spending will amount to roughly 40 trillion yen, a figure that includes low-interest financing from the government's fiscal investment and loan program.

The government will also beef up reserve funds that can be used for tackling the outbreak, a move that does not require parliamentary approval. A total of 5 trillion yen will be set aside in fiscal 2021, compared with 500 billion yen at the start of a normal year.

Prior to the third supplementary budget, the central government is moving close to spending about 400 billion yen in fiscal 2020 reserve funds. The money will go toward single-parent households that receive child-rearing allowances. Each household will receive 50,000 yen for the first child, then 30,000 yen for each subsequent child.

The Go to Travel program for promoting domestic tourism is expected to receive an expanded budget as well.