In resurrecting the pact without US, Tokyo hopes to avoid renegotiation 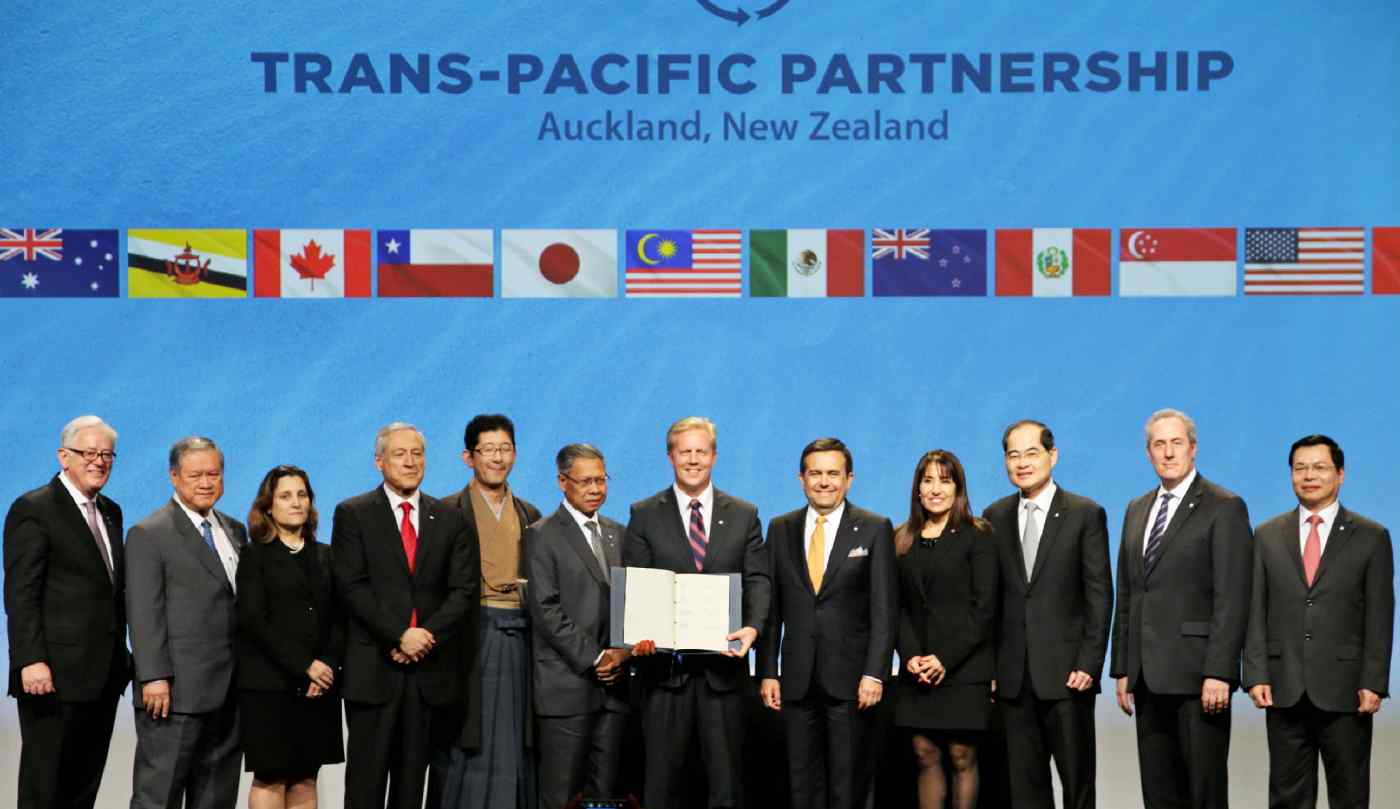 TOKYO -- In moving ahead with the Trans-Pacific Partnership without the U.S., Japan will urge other member nations to stick with the tariff and commerce agreements reached under the previous 12-country framework to avoid tricky renegotiation.

The Japanese government will convey its wish to maintain the existing framework when representatives of the 11 countries meet in Canada for two days in early May. Japan seeks to affirm unity at a ministerial-level meeting in Vietnam later that month and reach a consensus in November when heads of government meet at the Asia-Pacific Economic Cooperation conference.

Deputy Prime Minister Taro Aso said in a Wednesday lecture that the countries will hold negotiations toward implementing the TPP without the U.S. Japan Chamber of Commerce and Industry Chairman Akio Mimura welcomed the move, saying this would be a meaningful development "if Japan solidifies its stance."

Progress on the TPP has stalled since the U.S., which signed the pact under then-President Barack Obama but never ratified it, withdrew altogether under President Donald Trump. The absence of a key player means that the remaining countries must draw up a fresh agreement.

Japan was initially reluctant but eventually decided to proceed without the biggest economy. It is on the same page with Australia, New Zealand, Canada, Mexico and Singapore about keeping as many previously agreed-on rules as possible in the new trade deal.

Despite the harsh blow from the U.S. withdrawal, Japan still views itself and the region as standing to benefit from the earlier consensus hammered out on e-commerce and intellectual property protection.

At the same time, Japan and Australia will closely monitor developments in the U.S. The country has midterm congressional elections coming up in 2018, and some in the Japanese government see Trump possibly easing up on his protectionism if his traditionally pro-trade Republican Party wins.

While Vice President Mike Pence recently called the TPP "a thing of the past" for the U.S., Japan still holds out hope for a possible American return.

Yet some countries will likely call for recalibration. Vietnam and Malaysia had agreed to revamp rules on state-owned enterprises and deregulate sectors including communications, retailing and finance in exchange for access to the U.S. market.

Vietnam, which had finally won from the U.S. the concession of lower textile product tariffs via the TPP, in particular is clearly shifting focus to a bilateral free trade agreement.

Peru and Chile are interested in involving China in the TPP. Peruvian Foreign Trade and Tourism Minister Eduardo Ferreyros has called China a key Asian country and a strategic partner.