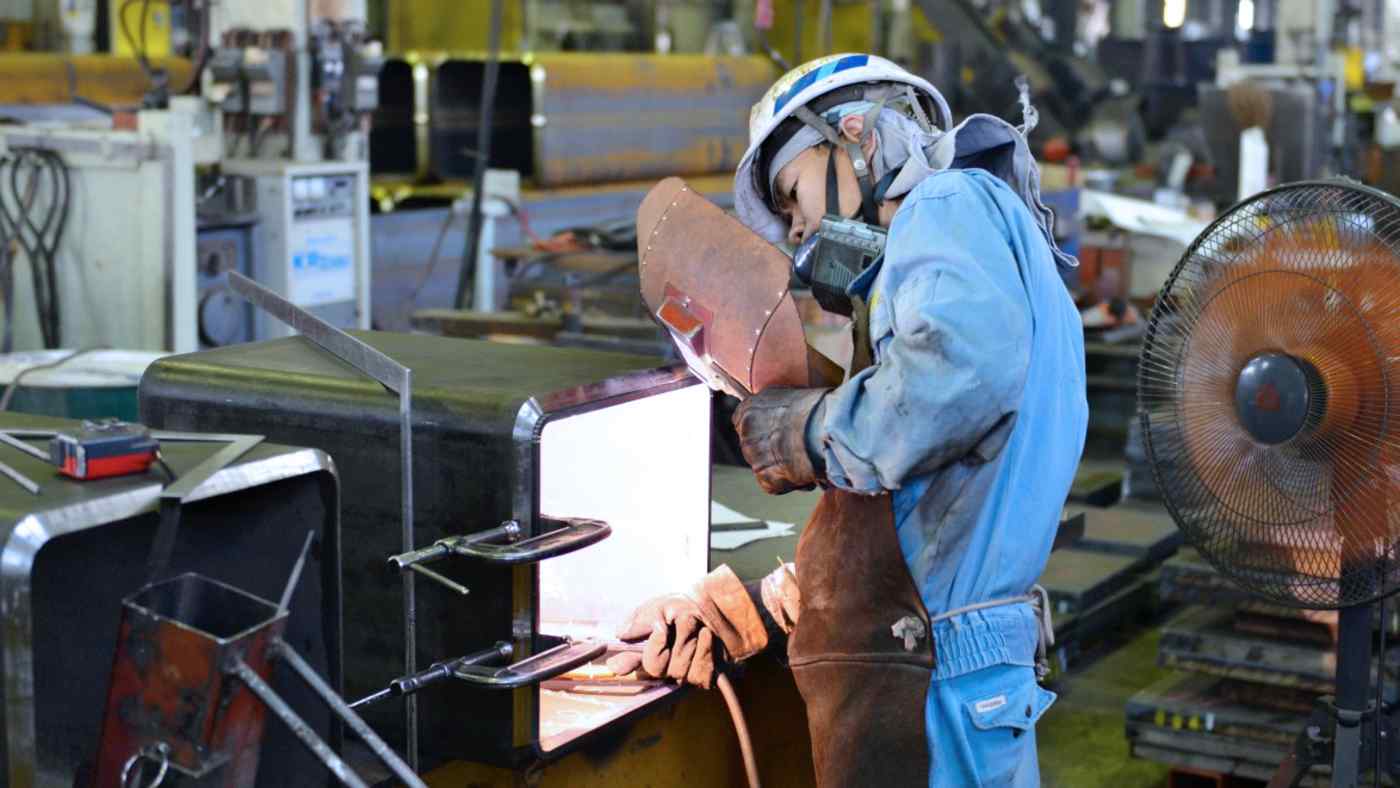 A Vietnamese technical intern works at a factory in Toyama Prefecture. Workers from overseas who show proficiency during training will be allowed to stay in Japan up to five years under a proposed visa program.
SHUNSUKE SHIGETA, Nikkei staff writerJuly 20, 2018 06:24 JST | Japan
CopyCopied

TOKYO -- Japan's new residency program for overseas workers will be expanded to include key yet understaffed manufacturing fields that supply parts to automakers and other mainstay industries.

The cabinet endorsed last month a proposed visa program that would let foreigners stay in Japan for up to five years after passing an exam, opening the door to unskilled labor. The plan was originally geared toward five areas with severe labor shortages: construction, agriculture, nursing, shipbuilding and hospitality.

After the change was announced, however, industry groups representing the manufacturing sectors approached the ruling Liberal Democratic Party and relevant government ministries to widen the program, citing serious labor shortages. The government has agreed to allow workers outside the original five sectors, on the condition that they have finished three to five years of training with high marks and can be an immediate asset to the company.

The fields expected to be added include food manufacturing, casting and metal stamping. Nonmanufacturing sectors like fishing will also be considered.

Metal stamping and casting are essential for supplying components to core, export-heavy Japanese industries like automobiles and machine tools. But many of these companies are small and midsize businesses that have trouble recruiting talent, as evidenced by their job openings-to-applicants ratio of 2.74, more than double the nationwide average of 1.33.

The government will hold a meeting of relevant cabinet members this month, including Chief Cabinet Secretary Yoshihide Suga and Justice Minister Yoko Kamikawa. The cabinet is working to present an amended immigration bill to an extraordinary session of the Diet this fall. It will cover basic policies, such as the industries to be included, and a comprehensive plan to prepare the environment for more foreign workers.

The centerpiece of that plan will be to offer Japanese-language training to workers before entering the country. Measures to ensure that workers do not illegally overstay more than five years will also be put in place. The government will also work with employers and municipalities to establish the new residency status program.

Currently, Japan allows foreigners to work through a technical intern program. But a severe labor shortage has forced the government to open the door to unskilled labor.

As wages rise across Asia, it is becoming increasingly difficult to attract foreign workers to Japan, a situation that the new residency status is expected help alleviate.

Japan's labor force totals about 66 million. The number of foreign workers hit an all-time high of 1.27 million as of last October, partly due to an increase in foreign technical interns. Foreign workers currently account for about 2% of the labor force.