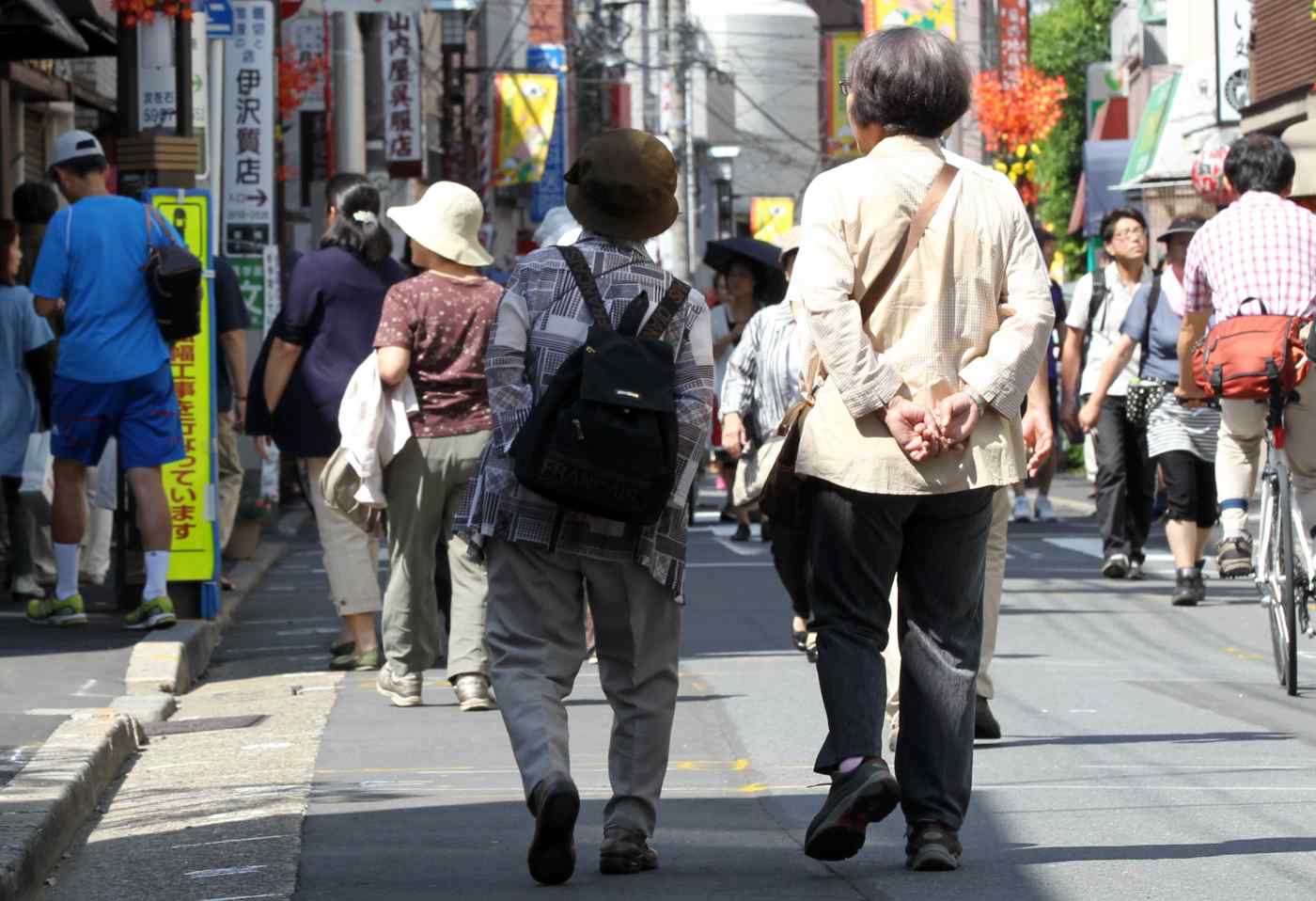 TOKYO -- Japan's aging society poses problems, but is not without opportunities for spurring economic growth, especially when considering the needs -- and spending habits -- of people in their seventies.

Most in this age group no longer have parents that need care. Because of this, according to Shinya Sano, chief research manager at Mitsubishi Research Institute, they have fewer financial worries and seem more willing to spend than others. Japan's 60-somethings have a request: Stop calling them 'seniors'

Japan's seniors rely more on each other for long-term care

Per capita spending for septuagenarians is already comparable to that of younger generations, at about 100,000 yen ($880) per month, according to government data.

And this is a growing demographic. The ratio of 70-somethings in Japan is expected to increase from 11% of the population in 2015 to 13% in 2020. Leveraging this group's willingness to open wallets in order to offset slow spending in other age groups could happen, but it will take products and services that target them.

Manufacturers and retailers could create new demand among the elderly by being better attuned to their needs, Sano said. For example, dairy food producers like Morinaga and Meiji could take advantage of septuagenarian's affinity for yogurt, cheese and other food they think helps them avoid constipation and brittle bones.

Getting about town is another example. Diminishing motor skills and cognitive functions make driving dangerous, but seniors who still want to drive might be inclined to pay extra for features that offer extra peace of mind. 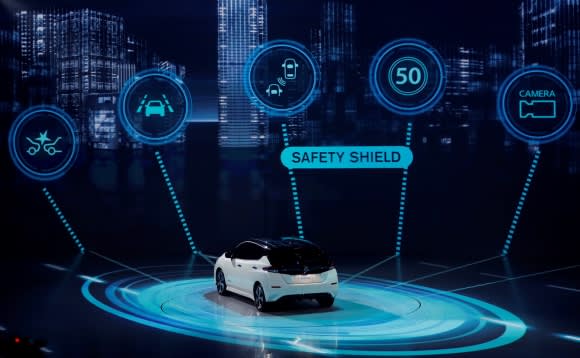 Another way to get aging baby boomers to spend is to increase digital literacy. This would likely increase sales of smart devices, like smartphones and smart speakers, and also stimulate online spending, which is already on the rise.

Despite a willingness and aptitude to learn new technologies, only 19% of Japanese aged 60 or older use smartphones while 9% use tablets. This compares with 42% of Americans aged 65 or older who use smartphones and 32% who use tablets, according to a 2016 survey by Pew Research Center of the U.S. 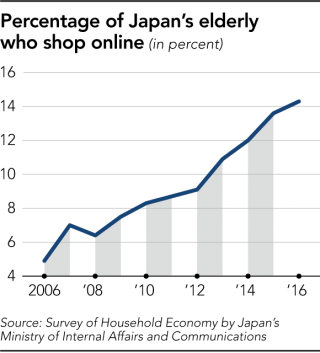 Experts say one reason for Japan's low usage rates is that older people view the gadgets as difficult to use. A  common complaint is that retailers, instead of providing simple support, try to foist off unneeded products to unsuspecting seniors.

Getting retailers to think of boomers less as doddering Luddites and more as cash-flush clients could boost bottom lines.

Cashing in on age

However slowly, corporate Japan is beginning to see the opportunities of targeting the aged. The Lawson convenience store chain has 11 locations that include "seniors' salons" equipped with blood pressure monitors and staffed by social workers. Some also operate mobile stores, which make the rounds of nursing homes and other elder care facilities.

Fujitsu is also eyeing this demographic with a social website devoted to seniors. The ad-free site offers a place where boomers can meet and chat about common interests, such as books, hobbies and travel, the latter of which people in their seventies spend much on.

Septuagenarians travel more within Japan than those in their fifties and sixties, partly because they have ample free time, but also because they often want to meet others their age. This means there is growing demand for online travel information, for example, to pair cash-rich single or widowed travelers who wouldn't be inclined to travel alone.

Though generally happier than other age groups, people in their seventies still harbor concerns about falling ill, becoming bedridden and dying alone. But these worries are just opportunities for more business, MRI noted.