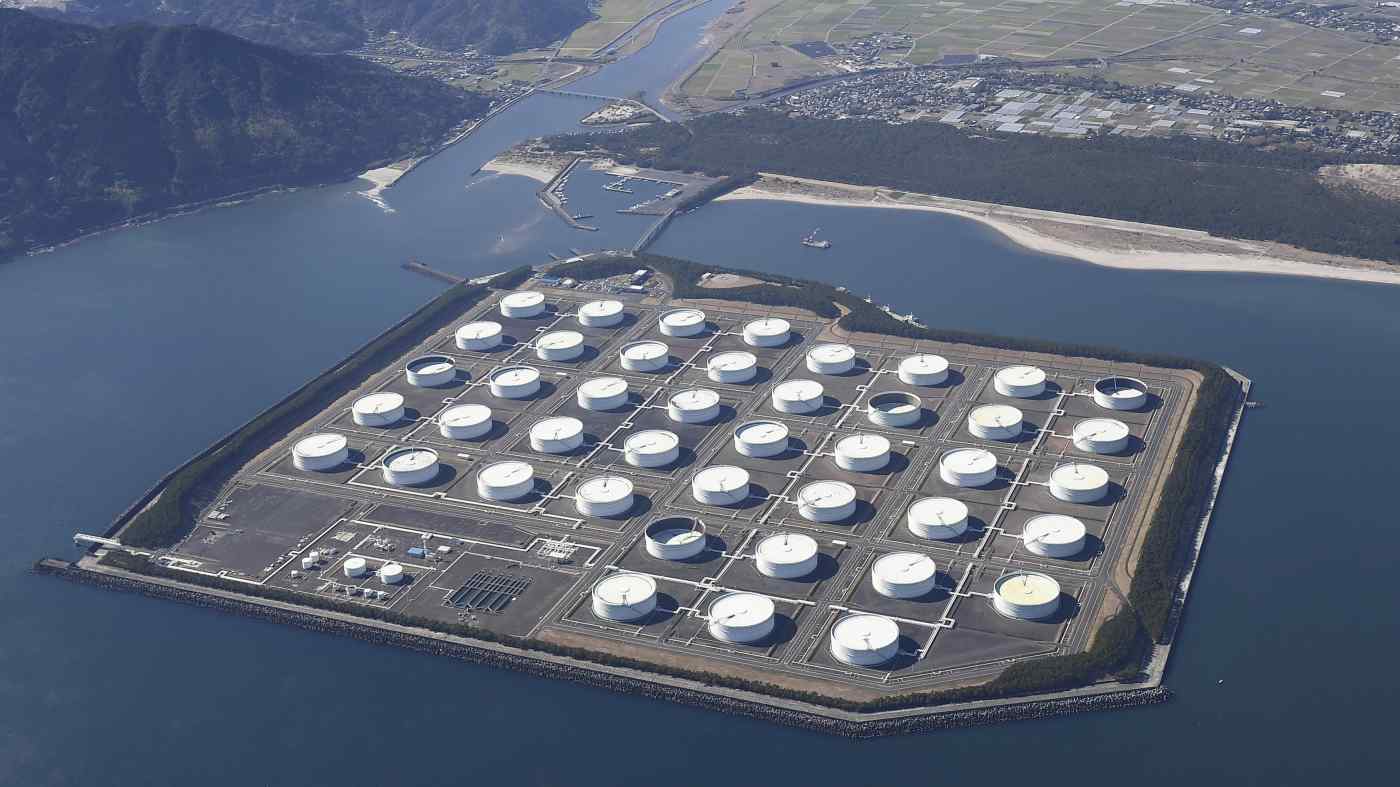 The Shibushi National Petroleum Stockpiling Base in Kagoshima Prefecture in 2019. Japan's imported energy costs have been inflated by the depreciation of the yen. (Kyodo via Reuters)
May 19, 2022 11:28 JST | Japan
CopyCopied

Imports jumped 28.2% from a year earlier to 8.92 trillion yen, the highest since comparable data became available in January 1979, according to a preliminary report by the Finance Ministry.

The ninth consecutive month of trade deficit marked the longest streak of red ink since February 2015, when the country posted a goods trade deficit for 32 months in a row.

Crude oil, liquefied natural gas and coal prices have swelled on the back of growing demand amid the global economic recovery from the coronavirus pandemic fallout and supply concerns stemming from Russia's invasion of Ukraine.

For resource-scarce Japan, imported energy costs have been inflated by the recent depreciation of the yen. In the reporting month, the yen briefly hit the 131 level against the dollar for the first time in 20 years.

In April, crude oil imports jumped 99.3% to 1.2 trillion yen, up for the 13th straight month. LNG and coal imports rocketed 151.6% and 198.6%, respectively, the data showed. Overall imports in value terms marked a record for the second consecutive month.

The expansion of imports outpaced increased exports, which climbed 12.5% to 8.1 trillion yen, up for the 14th consecutive month.

All figures were compiled on a customs-cleared basis.