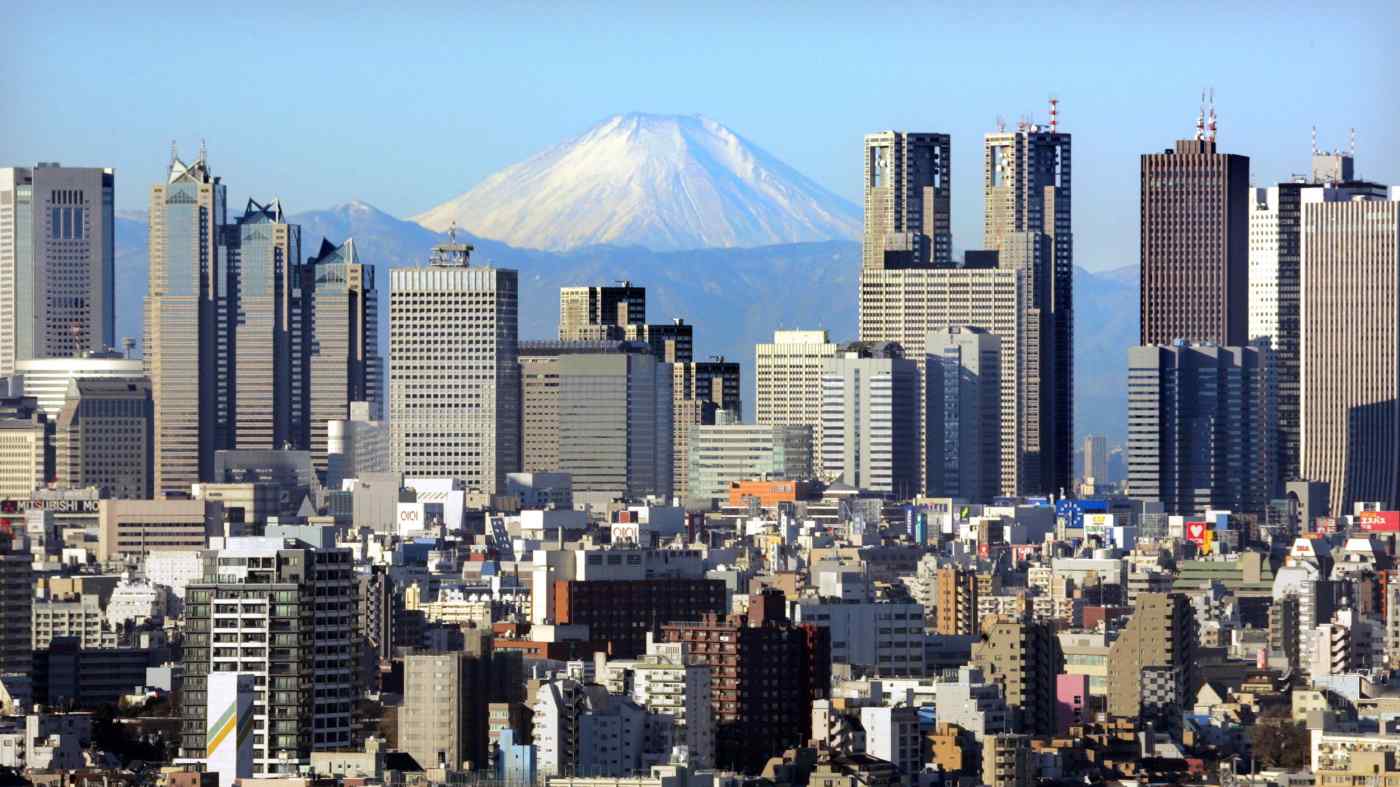 Private-sector analysts had forecast that the preliminary data for Japan's GDP in the July-September period would remain almost unchanged in a revised report.   © Reuters
December 8, 2020 12:08 JSTUpdated on December 8, 2020 13:50 JST | Japan
CopyCopied

TOKYO (Kyodo) -- Japan's economy in the July-September period grew an annualized real 22.9 percent from the previous quarter, the government said Tuesday, upgrading the preliminary figure of 21.4 percent as the restart of economic activity following the coronavirus pandemic helped support consumption and investment.

The stronger-than-expected figure marked the fastest growth since comparable data became available in the April-June quarter of 1980, also affected by regular changes in the calculation method, according to the Cabinet Office.

Private-sector analysts had forecast that the preliminary data would remain almost unchanged.

Real GDP, the total value of goods and services produced in the country adjusted for inflation, rose for the first time in four quarters. The latest figure corresponds to a 5.3 percent expansion on a quarterly basis.

Private consumption, which accounts for more than half of Japan's GDP, soared 5.1 percent, revised upward from the 4.7 percent drop in the preliminary report released Nov. 16.

Private housing investment was upgraded to a 5.8 percent decrease from a 7.9 percent drop, with an official citing the change in GDP calculation method, which comes about every five years.

GDP now reflects more accurately the value added by such activities as house renovations and vacation rentals, as well as the creation of films, books and music, according to the government.

The change also affected GDP figures in preceding years. For fiscal 2019, which ended in March, the economy shrank 0.3 percent, marking the first negative growth in five years on the consumption tax hike in October last year as well as fallouts from the U.S.-China trade conflict.

Tuesday's data also showed that exports of goods and services leaped 7.0 percent in the July-September period, unchanged from the initial report. Imports fell 8.8 percent, upwardly revised from a 9.8 percent decrease.

"Some latest basic statistics showed that private consumption in September, especially in the entertainment and service industries, had better performances than expected, which affected the revision positively," the government official told reporters.

On prospects, analysts remain cautious amid the recent resurgence of coronavirus infections in Japan and abroad.

Atsushi Takeda, chief economist of the Itochu Research Institute, said the economy will level off in the current quarter and may shrink in the January-March period.

"Consumption has been stagnant since late November due to the spread of infections, and I believe it is in a downturn in December," he said.

The economy rebounded from the initial impact of the coronavirus pandemic, which forced Japan to declare a state of emergency in April and caused it to shrink an annualized 29.2 percent in the April-June period, possibly the worst contraction on record since 1955, the earliest point at which the government can track reference values.

The declaration was fully lifted in May.

Japan's annualized real GDP totaled 527.14 trillion yen ($5 trillion), recovering from the previous quarter's 500.63 trillion yen but well below 545.72 trillion yen marked in the January-March period when fallouts from the pandemic had yet to materialize.

Nominal GDP, not adjusted for inflation, grew an annualized 23.9 percent, upgraded from a 22.7 percent expansion.