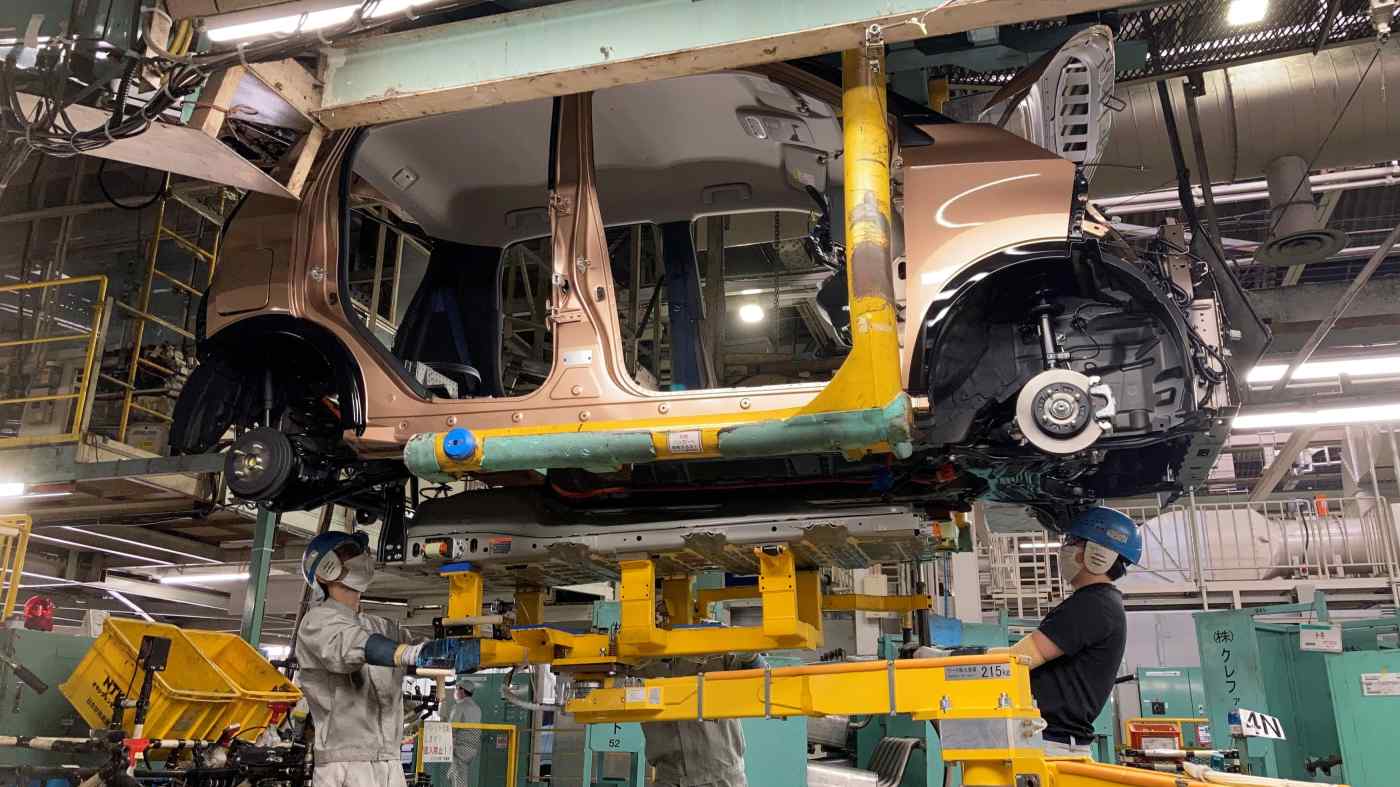 Japan's factory output slumped a seasonally adjusted 7.2% in May from the previous month, far outpacing the consensus forecast for a 0.3% fall in a Reuters survey of economists.   © Reuters
June 30, 2022 10:18 JST | Japan
CopyCopied

TOKYO (Reuters) -- Japan's factory output posted the biggest monthly drop in two years in May as China's COVID-19 lockdowns and semiconductor and other parts shortages hit manufacturers, adding to worrying signs for an economy struggling to mount a strong recovery.

Factory output slumped a seasonally adjusted 7.2% in May from the previous month, official data showed on Thursday, as production of items such as cars as well as electrical and general-purpose machinery dropped sharply.

The decline, which marked the sharpest monthly reduction since a 10.5% month-on-month drop in May 2020, was much bigger than a 0.3% fall expected by economists in a Reuters poll.

"The plunge in industrial output in May suggests that Japan's recovery is disappointing yet again," said Marcel Thieliant, senior Japan economist at Capital Economics.

"The conventional wisdom is that supply shortages are the main culprit," he added. "However, the fact that inventories were broadly stable despite plunging output suggests that weak demand is playing a role."

The data comes a day after Toyota Motor, the world's largest automaker by sales, said it missed its already downgraded global production target for May.

While activity in Japan's services sector is picking up thanks in part due to a modest post-pandemic spending rebound, the country's manufacturing sector is facing pressure from parts and high-tech chip supply disruptions.

The government cut its assessment of industrial production, saying it was weakening.

Manufacturers surveyed by the Ministry of Economy, Trade and Industry (METI) expected output to rebound 12.0% in June, followed by a 2.5% expansion in July.