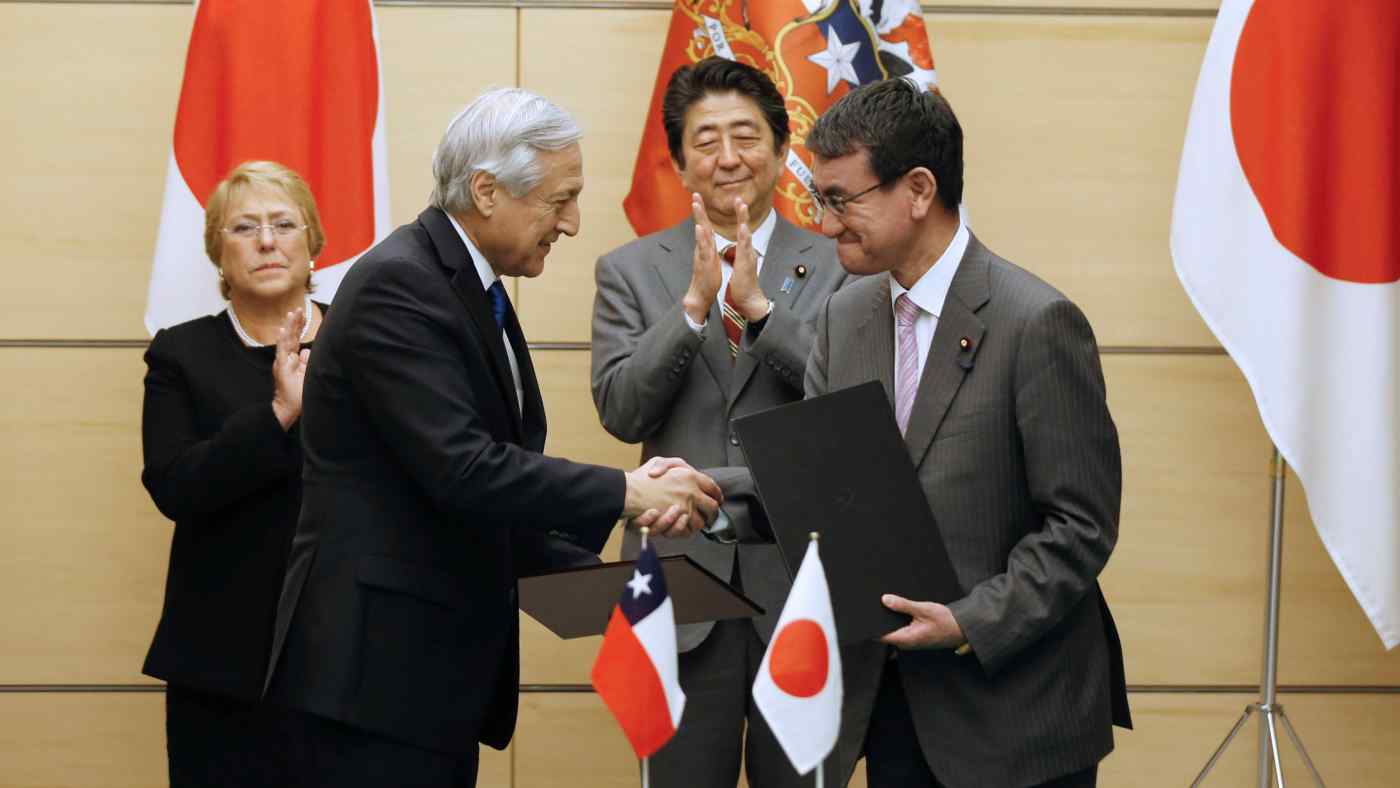 TOKYO -- The 11 remaining members of the Trans-Pacific Partnership are set to sign their new pact in Chile on Thursday afternoon, local time, and Japan's diplomatic dealings were a decisive factor in the choice of venue.

Japan took up the torch for promoting a retooled TPP after U.S. President Donald Trump withdrew last year. It hosted four of five working-level negotiation sessions and was expected to host the signing ceremony as well, yet it let Chile have the honor instead. In exchange, Chile helped to convince a reluctant Canada to seal the deal by early March.