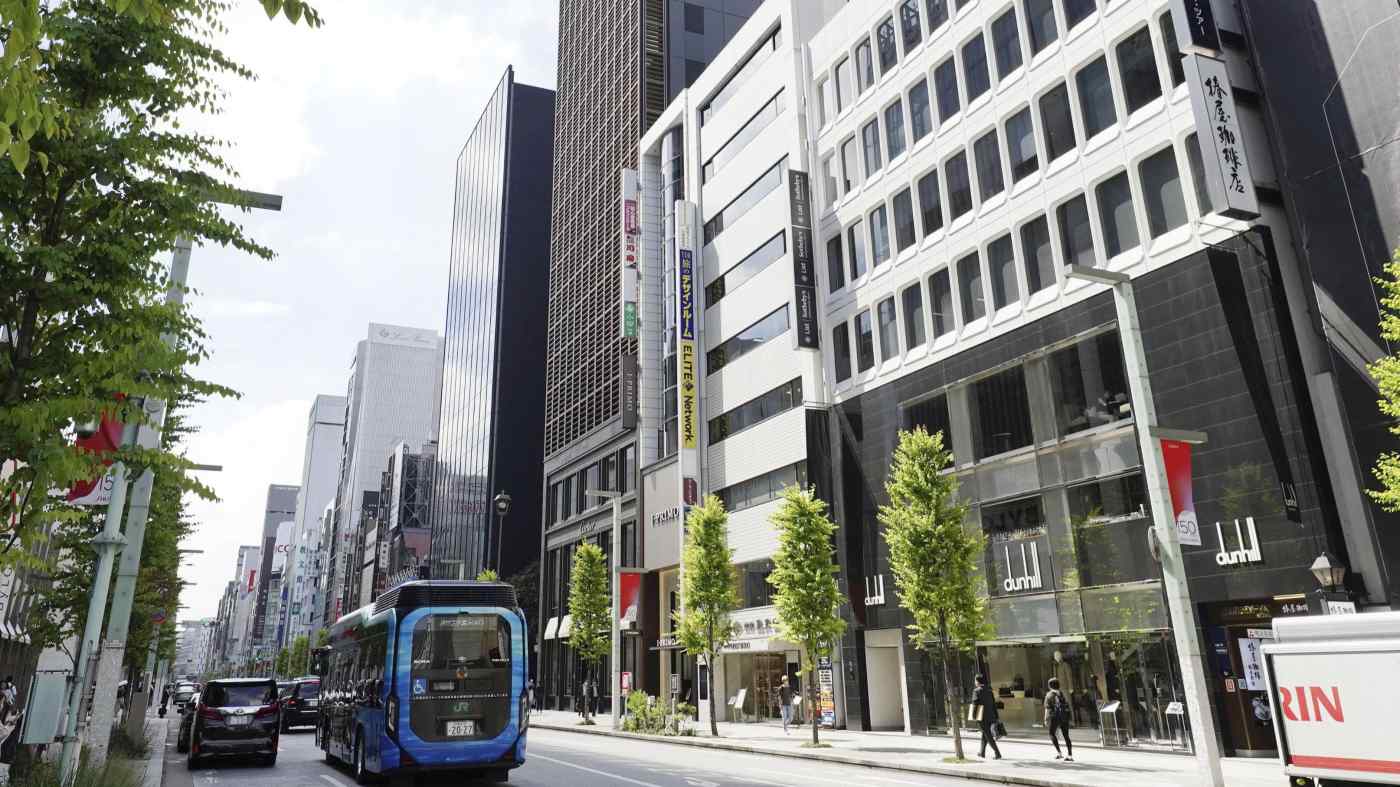 Tokyo's Ginza district held the site of the highest land price in Japan for the seventeenth year in a row.   © Kyodo
September 20, 2022 18:01 JST | Japan
CopyCopied

TOKYO (Kyodo) -- The average price of residential land in Japan as of July 1 rose 0.1% from the previous year, increasing for the first time in 31 years, as the country's economy recovers from the coronavirus pandemic, government data released on Tuesday shows.

The average commercial and overall land prices climbed 0.5% and 0.3%, respectively, both rebounding for the first time in three years, also reflecting growing demand bolstered by low interest rates that have created a favorable lending environment.

"As economic activities normalize, the trend of recovery in land prices has taken place across the country," a government official said, citing price increases in the metropolitan areas of Tokyo and Nagoya, as well as four major regional cities of Sapporo, Sendai, Hiroshima and Fukuoka.

The nation's residential land prices fell consistently after the collapse of the country's asset-inflated bubble economy in the early 1990s. Though the speed of decline gradually eased from 2010, it widened in 2020 with the start of the pandemic, leading to a 0.5% drop in the average price the following year.

Despite that trend, housing demand has remained solid in urban centers and areas considered convenient and desirable, helping to lift land prices in such places.

In 2022, 14 out of Japan's 47 prefectures saw their residential land prices rise, compared to seven prefectures in the previous year, while 32 registered drops. The average price in Ibaraki Prefecture, meanwhile, remained flat.

The average price for regional areas fell by 0.2%, but the margin of decline was smaller than a 0.7% drop seen a year earlier, with the fall cushioned by larger rises in prices in Sapporo, Sendai, Hiroshima and Fukuoka.

The 2022 survey covered the average prices for all types of land including commercial, residential and industrial, based on the value of 21,444 sites across the country, according to the Land, Infrastructure, Transport and Tourism Ministry.

As for average commercial land prices, 18 prefectures saw increases, up from six the previous year, as a pickup in private consumption led to increased demand for stores, while demand for apartments and offices was also firm.

Some tourist spots and shopping districts saw land values increase on the back of increased activity due to eased pandemic restrictions.

The steepest gain in land prices was registered in the industrial area of Kikuyo, Kumamoto Prefecture, in southwestern Japan, where a surge of 31.6% was registered after the world's largest contract chipmaker Taiwan Semiconductor Manufacturing Co. decided to build a new plant there.

The largest decline of 8.7% was observed in the residential areas of Koriyama, Fukushima Prefecture, after the area was devastated by a typhoon in 2019.