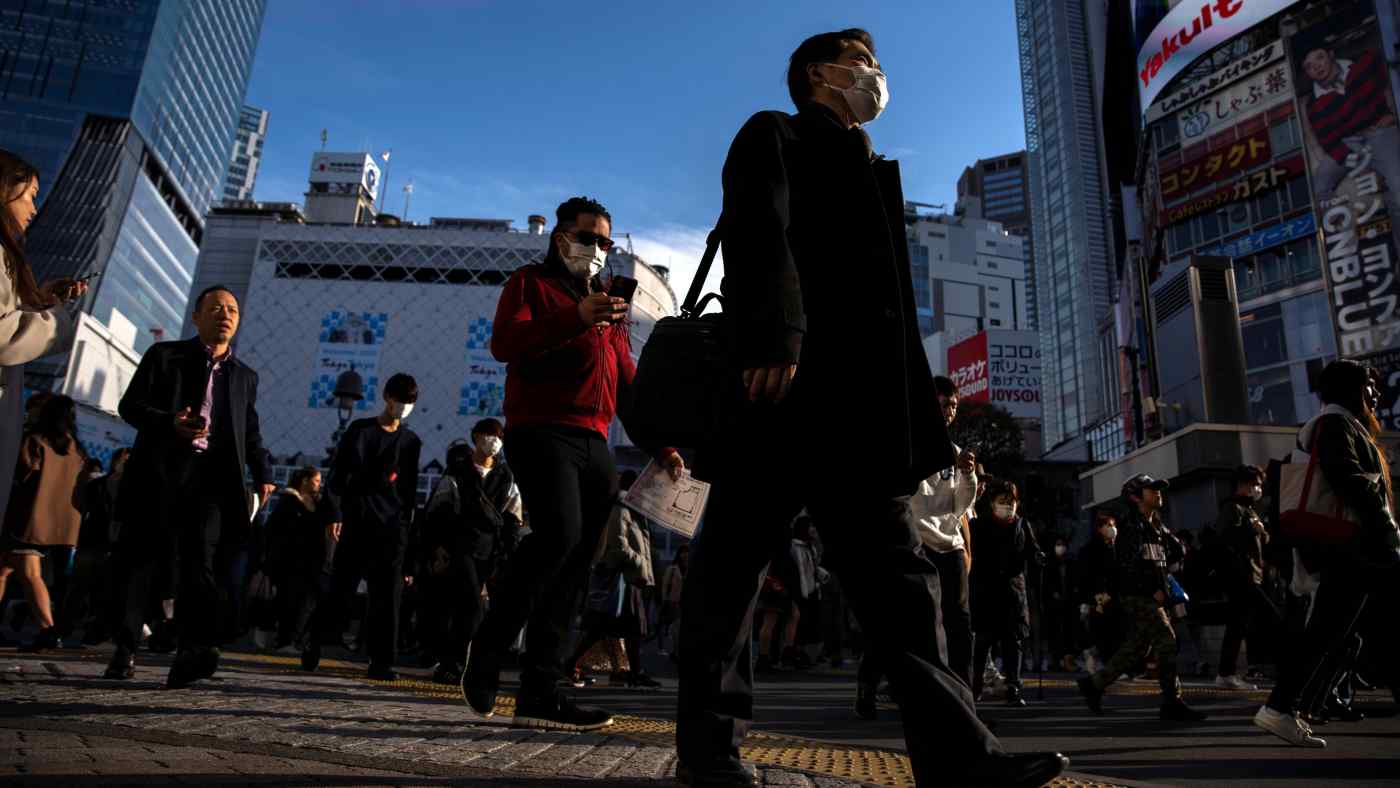 TOKYO -- Sentiment on the front lines of the Japanese economy has turned the gloomiest since the 2011 earthquake and tsunami, a Cabinet Office survey out Monday shows, as the new coronavirus cuts into business activity.

The monthly Economy Watchers Survey's index for current economic conditions dropped 14.5 points on the month to 27.4 in February, well under the boom-or-bust line of 50 and marking a low not seen since April 2011.

Restaurants and retailers were among the hardest-hit businesses in the poll, which targeted roughly 2,000 people, including store managers and taxi drivers. And with Japan restricting travel from China and South Korea as of Monday, the slump is only expected to deepen.

"Customers have decreased significantly," said a manager at a department store in the Hokuriku region, which includes the popular travel destination Kanazawa. "Foreign tourists have plummeted, and we forecast tax-free sales dropping 70%."

Hotels are feeling the pressure as well. "The impact of the coronavirus appeared around the 20th, and we've had a storm of cancellations," one manager said. "There is simply no money coming in." Tourists pose for a photo in front of the entrance to Kanazawa Station in January. (Photo by Hideyuki Miura)

Japan's inbound tourism increased dramatically in the years since the earthquake and tsunami. The country welcomed 31.88 million travelers in 2019, quadruple the 2012 figure.

The influx had propped up the tourism, restaurant and retail industries. But now travel restrictions and cancellations prompted by the outbreak have undercut this source of support.

In Kyoto, occupancy rates for major hotels fell about 30 points on the year to under 50% in February, according to preliminary data reported Friday by Toshihiko Inachi, vice chairman of the Kyoto City Tourism Association.

While noting that the results were provisional, Inachi said the impact from the virus may dwarf that of the 2008 financial crisis.

The Hananoyu resort hotel in the Izu Nagaoka hot springs, near Mount Fuji, will close at the end of the month. A source said it was unable to cope with mass cancellations from China, which in January banned overseas group travel.

"Due to the effects of the coronavirus, we're unable to procure products and materials from China, and disruptions to production are starting to occur domestically," said a manager at a metalworking company in Hokuriku.

The survey also measured sentiment on the economy two to three months down the road, with even grimmer results as a rapidly strengthening yen threatens exporters' profits. The outlook index plunged 17.2 points to 24.6. The drop-off is the largest since March 2011, and the landing spot the lowest since 2009.

The economy has rapidly entered a "severe" situation, the Cabinet Office said, downgrading its assessment of the latest survey from its view as of January, when it had said the economy "has shown weak movement in its recovery."

The Japanese economy had already come to a near standstill before the outbreak, or even last October's consumption tax hike.

July-September real gross domestic product edged up an annualized 0.1% from the previous quarter, according to revised estimates out Monday from the Cabinet Office. This is down 0.4 point from the original estimate.

October-December GDP contracted 7.1%. What had already been the worst quarterly showing since 2014 was revised down 0.8 point.