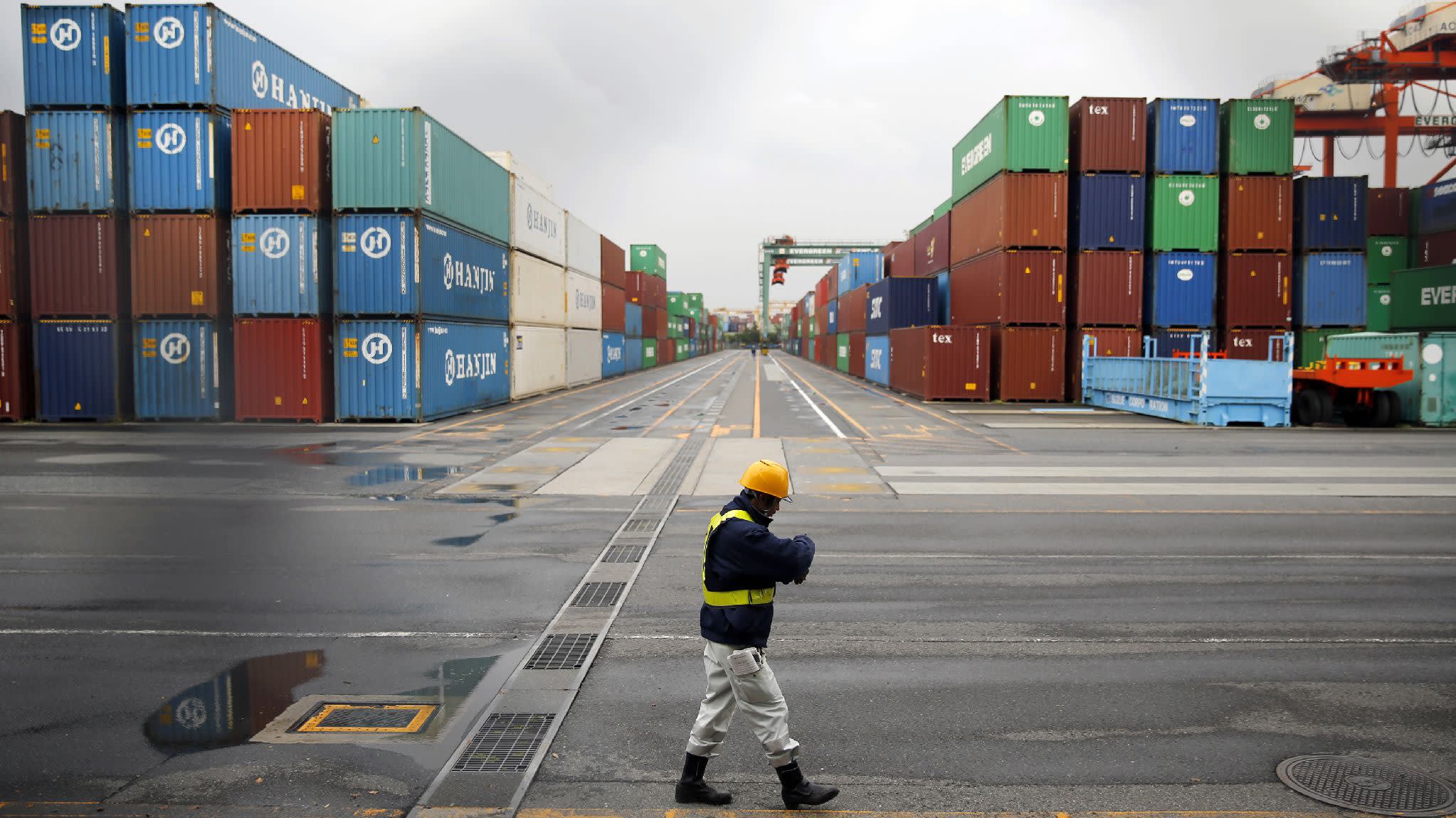 A Tokyo container yard. Japan's second-longest postwar economic expansion has been fueled by strong exports, which are now threatened by trade tensions.    © Reuters

TOKYO -- As Japan heads toward its longest postwar economic expansion, rising trade friction poses questions about the durability of a boom that has depended on the global economy and export growth.

The government on Thursday declared the current expansion the second-longest in the postwar era, surpassing the 57-month so-called Izanagi boom from November 1965 to July 1970.

The winning streak has been logged at 58 months from December 2012 through September 2017, and if it were to continue through January 2019, Japan would break the 73-month record, although the result would only be certified much later.

While growth in the 1960s and 1970s was built on robust personal spending as young baby boomers bought cars, televisions and washing machines, the latest expansion is reliant on overseas demand supported by a weaker yen.

Japanese manufacturers have seen an increase in demand for electronics components and manufacturing equipment for products like smartphones against a backdrop of a growing global economy. Machine tool orders broke a record last year, and exports for fiscal 2017 exceeded 79 trillion yen ($695 billion), a jump of more than 20% from 2012.

A weaker yen has sustained this trend, which has been accompanied by healthy corporate investment. The Japanese currency softened to 125 yen to the dollar in 2015 from about 80 yen in late 2012 as the Bank of Japan embarked on a vast bond-buying program.

As a result, corporate Japan's aggregate pretax profits reached a record 83.5 trillion yen in fiscal 2017, according to the Ministry of Finance.

Concerns for the outlook are mounting. The U.S. Federal Reserve is tightening its monetary policy, while the European Central Bank has decided on Thursday to end quantitative easing this year. Japan will feel the impact should trade tensions worsen at the same time as tighter credit slows the global economy.

Japanese indicators are beginning to flash yellow. In November, the Cabinet Office cut its assessment of business conditions for September to "weakening," marking the first downgrade in 24 months.

Should external demand weaken, Japan will have to rely more on domestic consumption. But the recovery has only had "a small effect on households," said Yoshiki Shinke, chief economist at the Dai-ichi Life Research Institute.

Disposable income in fiscal 2017 edged up just 0.7% from the previous year, according to a Cabinet Office analysis.